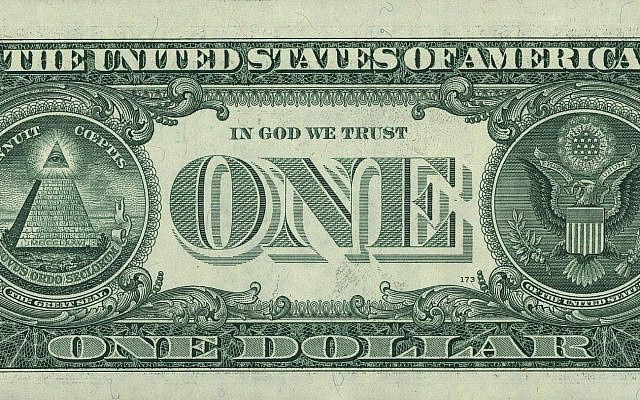 We Trust In God not the United States of America

The jury is in. The U.S. News & World Report released its 2020 list of the “best countries” and finds that “While the U.S. is perceived as the most powerful country in the world, data shows it is not perceived as very trustworthy.”
Since the first “best countries” report in 2016 “perceptions of the U.S. as being trustworthy have steadily dropped to a record-low of 16.3 on a 100-point scale.” This should not come as a surprise. History is replete with examples of countries that put their trust in the US and were sorely disappointed.

From early times, U.S. officials signed treaties with Native American tribes only to break or renege on them as the nation annexed more and more territories across North America.

The people of Bikini Atoll could tell you about the trustworthiness of the U.S. The Atoll became a test ground for bombs which were considered too dangerous to test at home. The U.S. record in the area is atrocious. Assurances given by the military on many occasions to many people, turned out to be totally untrustworthy.

The inhabitants were promised that they would be able to return to their home after the nuclear tests which started in 1946. Most agreed to leave the island and were moved to Rongerik Atoll and to Kili Island. Both locations proved unsuitable to sustaining life. Despite the promises made by authorities, the nuclear tests rendered Bikini unfit for habitation. Both the soil and the water were contaminated, making the inhabitant’s traditional subsistence farming and fishing far too dangerous. To this day, only a handful of people live on the island.

More recently, in 1972, the United States, under President Richard Nixon, unilaterally ended convertibility of the dollar into gold. This dismantled the Bretton Woods Agreement that the US itself had helped create. But, trust the US to look after itself, Nixon added a 10 percent surcharge on imports so that the U.S. economy would not suffer from the dollar’s rise in value.

Even the arch-terrorist Hassan Nasrallah has caught on. “No one can rely on America and an agreement struck with it because of the latter’s disloyalty and treachery.” As an example, Nasrallah pointed out President Donald Trump’s decision to withdraw US forces from North East Syria, “America broke faith with Kurds at once, and abandoned them. Such a fate awaits anyone who trusts Washington,” he said.

Nearer to home, Israel had already seen that trusting the U.S. was not a good idea. In 1956, Israel made its way to the Suez Canal after its nationalisation by Egyptian president Gamal Abdel Nasser. Joined by the United Kingdom and France, the three nations were pressured to withdraw from Sharm el-Sheikh by President Dwight Eisenhower even though the Egyptians had not offered any concessions in return. The episode humiliated the United Kingdom and France and strengthened Nasser.

In early 1967, Egyptian President Gamal Abdel Nasser announced the closing of the Straits of Tiran to Israeli vessels. He then mobilised his forces along the border with Israel, and threw out the United Nations peacekeeping force, UNEF. Eisenhower had promised that the U.S. would guarantee Israel’s right of passage in the Straits of Tiran. But, during the run up to what would become known as the Six-Day War, the untrustworthy Americans repeatedly refused Israeli requests for military aid or approval for an Israeli pre-emptive attack on Egypt.

Of course, any war is not a pleasant thing as the following report shows.
Throughout the war, soldiers and other witnesses sent letters home which described some of the atrocities committed. For example, a news correspondent wrote: “The present war is no bloodless, opera bouffe engagement; our men have been relentless, have killed to exterminate men, women, children, prisoners and captives, active insurgents and suspected people from lads of ten up, the idea prevailing that the enemy was little better than a dog. Reports received from soldiers tell of entering a village, ransacking every house and church and robbing the inhabitants of everything of value, while those who approached the battle line waving a flag of truce were fired upon.”

As most readers will have guessed, this is a report on the behaviour of American soldiers in the Philippine–American War of 1901. Filipino nationalists were fighting for independence while the U.S. government regarded it as an insurrection in a land that the U.S. had annexed when it took possession of the Philippines from Spain.

So, would you trust America?