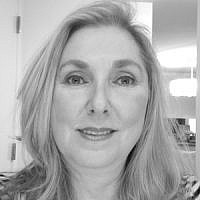 The Blogs
Nadia Kiderman
Lover of Israel
Apply for a Blog
Advertisement
Please note that the posts on The Blogs are contributed by third parties. The opinions, facts and any media content in them are presented solely by the authors, and neither The Times of Israel nor its partners assume any responsibility for them. Please contact us in case of abuse. In case of abuse,
Report this post.

The nation of Israel is thank God blessed with a strong, powerful and eloquent Prime Minister in Benjamin Netanyahu. His leadership is unparalleled and all israelis and lovers of Israel should certainly be elated about the fact that he was victorious this past election.

His efforts to try to stop the P5+1 plan with Iran should be commended and God bless him for continuing to mount a campaign to explain the horrors of this agreement to the world. Obviously, the Prime Minister should continue communicating to the world and point out the obvious discrepancies between what President Obama is reporting about this so-called “framework” and what the Iranians are saying.

From a communications standpoint, this is clearly what must happen and we must continue noting these discrepancies to the world. However, I do believe it’s important to note that Israel is not the lone country in the world that objects to this agreement; nor is it the only country that objected to sitting down and negotiating with a worldwide sponsor of terror such as Iran.

There are many Arab countries, primarily the gulf states that are vehemently opposed to this framework and deal. Unfortunately however this “battle” is being depicted as if it is Israel against the rest of the world. Certainly, President Obama has portrayed it that way and I’m confident that if you were to take a poll among Americans as to whether there any countries besides for Israel that stand in opposition to this deal, a clear majority would say Israel is alone.

I therefore believe it would behoove Prime Minister Netanyahu to work closely with allies in the Arab world who themselves are afraid of the ramifications of a nuclear Iran, to mount a consolidated media campaign against this deal. Let the world know the truth. Israel does not stand alone against this deal. The grave concerns Israel has is shared by so many other Arab countries. We must be in this together.