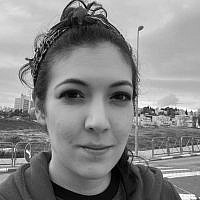 The Blogs
Shaina Be Hirsch
Apply for a Blog
Advertisement
Please note that the posts on The Blogs are contributed by third parties. The opinions, facts and any media content in them are presented solely by the authors, and neither The Times of Israel nor its partners assume any responsibility for them. Please contact us in case of abuse. In case of abuse,
Report this post. 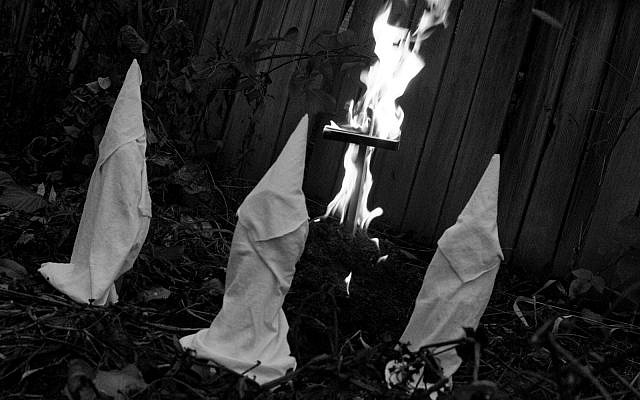 In the hour before the Tree of Life terror attack, I was sitting at a Shabbat table in Jerusalem, Israel, relating a story from 10th grade in my liberal arts high school in Pittsburgh where a fellow student had been arrested for breaking the tombstones in the Jewish cemetery in Pittsburgh and spray-painting swastikas on the graves. He was so proud of the charges that he hung the articles from The PGH Post-Gazette on his locker and grabbed me by the arm to make sure I had seen the story. I punched him in the face. I told the story with a degree of levity that I reflected on after Shabbat, as I started reading the shocking news pouring onto my cell phone. I did not think about this story as I sat glued to Facebook waiting for every person I grew up with, went to Sunday school with, and met that could possibly have been inside that shul to update their status that they and their family were safe.

My answer for why I moved to Israel used to be that I didn’t want my children to be called kikes. That was the truest answer, but it created awkward silences and uncomfortable smiles, so I stopped saying it most of the time. You see, 18 years ago, when I started my freshman year of high school, a new black friend nervously explained to me the terrible meaning of the word I had just been called. It had been said in passing. It had been said as a joke. I had to look up the full explanation of word. My high school, unlike the public high school my friends in Squirrel Hill went to, didn’t feed from the Jewish neighborhood and the African American ones; it fed from every Pittsburgh neighborhood — including those that had active branches of the KKK (under another name). I went to school with kids who had never met a Jew before they met me, and all they knew of Jews were the bigoted rumors or jokes they had heard.

Before I go on, I want to point out that I never felt anti-Semitism in any form from any black/African American students in my school. In fact, quite the opposite. They were the ones who taught me to stand up for my identity, and what was unacceptable to say. They were the ones to tell me that it was not okay when a teacher called me “JEW” instead of my name, and that other students could not put bacon on me during assemblies (!). They were the ones who encouraged me to go to the guidance counselor when I felt a fellow student was pressuring me about Christianity. Most incidents — aside from the student who vandalized the cemetery and the teacher who went on a tirade starting with, “You Jews think you are better than everyone else,” and ending with “I cannot be an anti-Semite I have A JEWISH FRIEND” — were what are currently called microaggressions. They were small incidents that I never reported, and that the perpetrators of which would never have thought inappropriate to say or do. I should add that I do not think these incidents held me back, I had a big group of friends; I loved my high school. It was just something that happened that most people didn’t even blink an eye about.

I used to joke that being 15 minutes from the Mason-Dixon Line, Pittsburgh was half deep south and half liberal north. I learned about Second Temple Commonwealth history, not the most popular interest for a 15-year-old girl, so I could have a solid response to, “Well, your people killed our lord.” I became a joker. I became very vocal about being Jewish, and I developed my Jewish identity. I’m not saying every white person I went to high school with was anti-Semitic. Not everyone thought that male Jews wore “those beanies” to hide the holes where their horns had been cut off. But enough of them did.

Everyone is in shock that an anti-Semitic attack happened in Mister Rogers’ Neighborhood, but I am not. Because a few neighborhoods over from where I grew up, there lived people who still burned crosses on their lawns. I have also not heard mention of that last time a Jew was shot in Pittsburgh for being a Jew on his way home from learning in a synagogue, in 1986. Neal (Nati) Rosenblum’s murder took 14 years to solve, despite the fact that his murderer bragged to everyone who would listen that he had killed a “Jew-boy.”

Eighteen years ago, anti-Semitism was alive and thriving in many pockets of Pittsburgh and I can’t imagine much has changed. To have changed, the problem would have had to have been addressed. When we respond to the horrific events of Shabbat concentrating only on the central parts of the city that have always been liberal, and not on the neighborhoods that breed this kind of action, we do a huge injustice to the story of Pittsburgh and these murders. We cannot change the future if we do not learn from the past.

As an interesting side note, before writing this, I wrote a Facebook post on this subject. I specifically wanted to thank the kids in my high school who had stopped the things they saw. Or stood up for me without even realizing it, because being decent was part of who they were. I was contacted by a former classmate who told me that the boy who had been arrested for desecrating the Jewish cemetery had developed a serious brain tumor after high school. He survived it, and really turned his life around. I told her that I thought he had turned his life around before then. You see, after my fight with him, my school handled the situation brilliantly: we had to attend 30 hours of mediation sessions together. Out of sheer frustration with this requirement, we bonded, and I think we both learned a lot from each other. I learned that the group of friends he had grown up with had joined a gang associated with the KKK because that is simply what everyone in their neighborhood did. When they went to smash up the Jewish cemetery, of course, he went too, but shortly after our mediation he informed me that he had stopped hanging out with that crowd. He never apologized for what he did, but he did tell me I was all right.

About the Author
Shaina Be works in digital marketing and social media management, and lives in Jerusalem, Israel.
Related Topics
Related Posts
Shaina Be Hirsch
Comments