The Blogs
Shira Dinal
One of 7.5 billion polluting humans on an overpopulated speck of dust called Earth.
Apply for a Blog
Please note that the posts on The Blogs are contributed by third parties. The opinions, facts and any media content in them are presented solely by the authors, and neither The Times of Israel nor its partners assume any responsibility for them. Please contact us in case of abuse. In case of abuse,
Report this post. 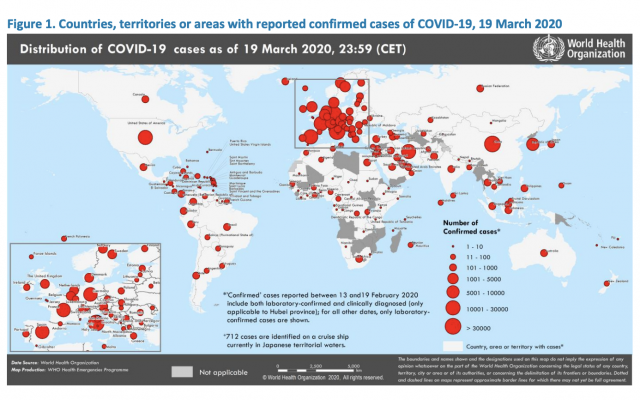 Step away from the toilet paper. Stop panic-buying. Go easy on your quarantine snacks. Be mindful and considerate of others — especially the elderly. Breathe. Keep calm and COVID-19 on.

The following is an unedited, verbatim republication of a COVID-19 Twitter thread from noted Yale professor and contagion expert, Dr. Nicholas A. Christakis, M.D., Ph.D., M.P.H., Sterling Professor of Social and Natural Science, Yale University: Department of Sociology, Dept. of Statistics and Data Science, Dept. of Ecology and Evolutionary Biology, Dept. of Biomedical Engineering and Dept. of Medicine.

Permission to republish on Times of Israel was explicitly granted by Dr. Christakis. I hope it will be as helpful (and optimistic) to you as it has been for me. Thread below:

“Let’s talk about what happens if you get COVID19 and recover. Are you immune to the disease? How long does the immunity last? And what does that mean for your life and for the public health and economy of our society?

Click here to read the remaining 7 tweets in this thread and more coronavirus updates as they are posted. For more on-topic discussions and insights, follow Dr. Christakis, Dr. Krammer and Dr. Marc Lipsitch