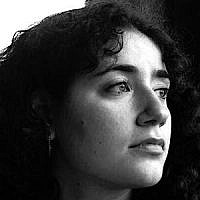 The Blogs
Samantha Shokin
Apply for a Blog
Advertisement
Please note that the posts on The Blogs are contributed by third parties. The opinions, facts and any media content in them are presented solely by the authors, and neither The Times of Israel nor its partners assume any responsibility for them. Please contact us in case of abuse. In case of abuse,
Report this post.

This Thanksgiving, Russian-speaking families across the United States will come together to eat, drink, settle their political differences, or avoid politics altogether. Fortunately or not, many will opt for the latter, if merely for the sake of preserving mutual respect and civility.

In the aftermath of the election, there have been many alarming revelations about the nature of our country. The ascent of supremacist rhetoric and sharp uptick in hate crimes took many by surprise. Hate speech that was formerly confined to the grimmest corners of the internet readily made its way into the mainstream. For me personally, this has served as a sobering wake-up call. Something else that has been made soberingly clear to me, is that my community is sharply divided, perhaps irreparably so.

In the months leading up to the election, numerous media outlets took the liberty of making gross generalizations about Russian immigrant voters (particularly of a certain age). One trend piece after another after another (see all 7 links) made clear what many of us growing up in the community had always known — that immigrants from the former Soviet Union tend to be right-leaning. And yet, what each of those pieces consistently failed to do, was explain that not only are Russian-speaking immigrants not a monolith, but there are a great many factions within the community that are effectively tearing it apart.

While Jewish immigrants from the former Soviet Union tend to be more conservative than their American-Jewish counterparts, their Americanized children are increasingly liberal. This isn’t just the exaggerated exemplification of a quote falsely attributed to Winston Churchill. I’ve encountered this phenomenon all too many times.

Russian-speaking Jewish (RSJ) immigrants — both those that came as a result of the Soviet Jewry movement in the 70s and after the collapse of the USSR, carried with them a great disdain for socialism, coupled with lofty ambitions and belief in the proverbial American dream. Many became successful, proud American patriots, and continuous supporters of Israel. Today the community is largely secular and Zionist after having endured generations of state-sanctioned anti-Semitism and atheism. Values that RSJ parents instilled in their first-and-second generation American children are reflective of the aforementioned. Now that those children have grown and formed their own opinions, however, things are complicated.

Growing up in a conservative household, I never cared for politics. When my family moved from the suburbs to the city, I attended a public high school and became suddenly, shockingly aware of how unusual my upbringing had been. Over time, my opinions crystallized, and I started to lean left — as did the other millennials in my family. Suffice it to say, this wasn’t especially well-received.

And apparently, I’m not alone. In one anti-Trump Facebook group, Russian-speaking immigrants and children of immigrants share stories of strained family relations:

“I can’t help but feel differently about my parents since this election. It’s like people I’ve loved and known all my life have become strangers. They think I’m overreacting,” wrote one member.

“[My dad] is pretty much ending decades-long friendships with people over this, and I have to say, I am pretty proud of him for standing up for what’s right, especially for Muslims, immigrants, LGBT folks,” added another.

“I’ve tried withdrawing because I’m so upset [by the election], but my mom freaks out if she senses distance from me. Things are tense.”

Much like the rest of the country, dubious news sources and viral misinformation on both sides have only exacerbated the divide:

“A late but enthusiastic adopter of the Internet, my grandmother was susceptible to fake news and misinformation just like many other Americans,” writes Sasha Senderovich in The Forward. “The particular brand of fake news that reached her came from a steady diet of official Russian media and Russian internet trolls.”

Only adding to clash, is the fact that both sides are equipped with rhetoric designed to shut down opposing views rather than foster civil discourse. That, plus differing views around Israel (on both sides, but also within the anti-Trump camp) make mediation seem all but futile.

This is more than a generation gap. This is a cultural clash, and familial relationships are at stake because of it. This Thanksgiving, I encourage families to put aside their differences and try to hear each other out, however impossible that may seem. And beyond anything else, I implore the media to offer more nuanced coverage of our community. These are tough times for us all, and the last thing we need is more reason to resent one another.

About the Author
Samantha Shokin is a writer and musician. Her family immigrated to the states from Ukraine, Lithuania, and Belarus, and she is American-born. Originally from Brooklyn, she now resides in Berkeley, CA.
Comments 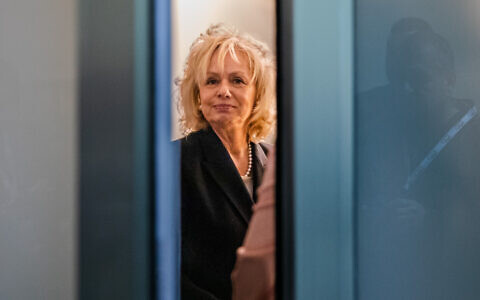 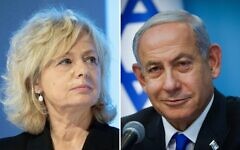