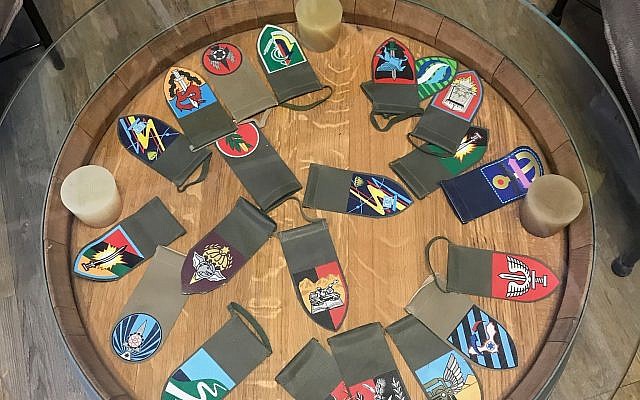 I’m dedicating this post to the Maccabees and IDF……
Years ago I was interviewed by a young adorable client to design a large and gracious custom home. He asked really great questions, one resonated with me. What design project was I most proud of? I paused.

I said I was most proud of the staff lounge at Camp Ramah in Wisconsin. The building was dedicated in memory of my father-in-law who was a leader of the camp. Why did we feel it was important to build a staff lounge? The staff lived in cramped cabins and needed a place to relax. In a staff lounge they could discuss a variety of issues; campers, school, Israel, forge friendships, etc. We wanted the staff to feel valued.

I poured myself into the project, my first institutional design. It became a labor of love. I interviewed dozens of staff members and was able to incorporate much of their wish list. I become well versed in young adults’ wants/needs when relaxing and forging friendships.

I now have another project of which I am quite proud… The Lone Soldier Center in Memory of Michael Levin, (I became involved serendipitously). My husband and I walked into the old LSC in Kikar Zion in Jerusalem. We were doing a favor for the grandmother of a lone soldier from our area. She heard we were going to Israel, and asked us to take a craft project (she had done with our local day school students), in our suitcase then drop it off at the LSC.

We entered the center, and were disappointed with the lounge/office space. I said I had experience designing a staff lounge and would love to be their gal (pro bono of course), should they decide to move. Several months later I got a call from another adorable young man, a father and prior lone soldier (who happened to be a buddy of Michael’s before he died) in charge of building out space for Lone Soldiers. They were relocating around the corner to Yaffo St. and would I be willing to help? I jumped at the chance.

The new space was a disaster, my favorite kind of project! I had one of my associates measure the space, and CAD (computer aided design) my plan. My millwork buddy helped by providing cabinet doors to update the kitchen, and built a reception desk. We created office spaces, opened walls, established a reading nook with deep chairs, put in a stocked beer cooler, laundry machines and a coffee/tea station. We had a blast!

I went with the soldier to select materials; paint (bold and graphic colors), flooring, and furniture. I found a wine barrel furniture vendor (the cousin of my son-in-law’s best friend). We put in several pieces, giving the space a hip and young vibe. We chose rustic barn wood vinyl flooring tiles that holds up to army boots.

I became the in-house designer for LSC and was asked to design dormitory housing for the soldiers. Soldiers are given Shabbat off (this is the only army I’m aware of that gives soldiers scheduled time off). If they don’t have a host family, they can now have their own space, away from the shared cabin/bunk on base. Some lone soldiers several months into their training can feel overwhelmed. LSC has created a sense of community, a place to call home, forge friendships, and feel valued.

Why do I do it? There are no words… gratitude is simply not enough. My Israeli friends’ kids wonder why these brave young souls from around the globe step forward to serve, and are grateful for their support. Michael Levin was a former camper from Camp Ramah in the Poconos. His death and story inspired countless young people to enlist. Israeli young adults have no choice, as my husband likes to say, “They are defending their mothers.” I’m grateful to all the Israeli mothers’ who bore and raised these young souls, who had no choice, and to all the mothers’ around the globe who allowed or encouraged their young to serve. NO ARMY, NO ISRAEL!

When next in Jerusalem, stop in the center on Yaffo St. It’s filled with gorgeous, brave, passionate, young lone soldiers. For some of our friends’ kids from Chicago, Boca, LA, NY, Philly, Boston, Toronto, etc…who serve, it’s home. Which project am I most proud of? You decide….