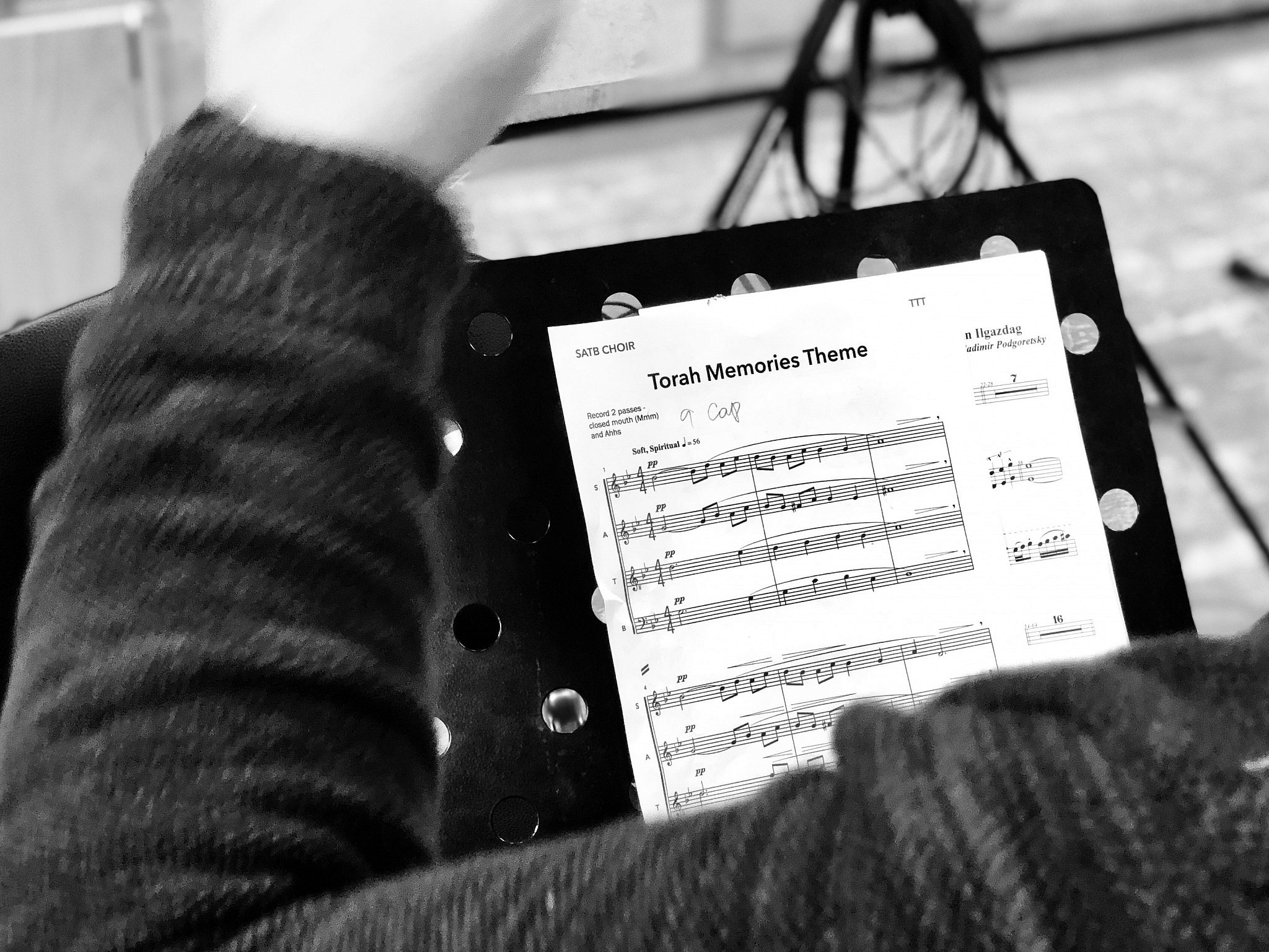 Maestro: a distinguished musician, especially a conductor of classical music.

My Dad was a huge fan of inspirational quotes, he collected them in small journals. I was always fascinated by them. I began collecting quotes… In The War of Art, by Steven Pressfield, he writes about the creative soul and the battle with resistance. In an Oprah interview, Steven spoke of resistance as a real and natural force (as natural as rain) which exists in us. He clearly knows about Jewish teachings and referred to it as Yetzer Harah (evil inclinations/ways)….

Continuing to build the team: #10 Daniel Alcheh (composer, conductor). I met Daniel when Brett Kopin, my son and co-screenwriter (written about in post #4) and I flew to LA to witness Ed Asner (written about in post #2) record the narration for our film The Tattooed Torah. We spent hours in the recording studio participating in the miracle, wrapped up and went for a late lunch with Ed. Amazing in itself!

Our studio was located in an area called Studio City. Daniel’s office was nearby. Marc Bennett our director (written about in post # 5) arranged for us to meet. How did we find Daniel? Lisa Effress our producer (written about in post # 7) had worked with Daniel on some ad campaigns and films and reached out to him. He jumped at the chance to work with us. Daniel is a rock star in the music world.

I was dazed and still on a high from our session with Ed. We met Daniel and his partner Elliot Hunt at a hip open air bar. Over cocktails I shared my vision/vague notion for the score. I was hoping to embrace Eastern European overtones including a strings section (violins) in the orchestra. That was the extent of my ask. 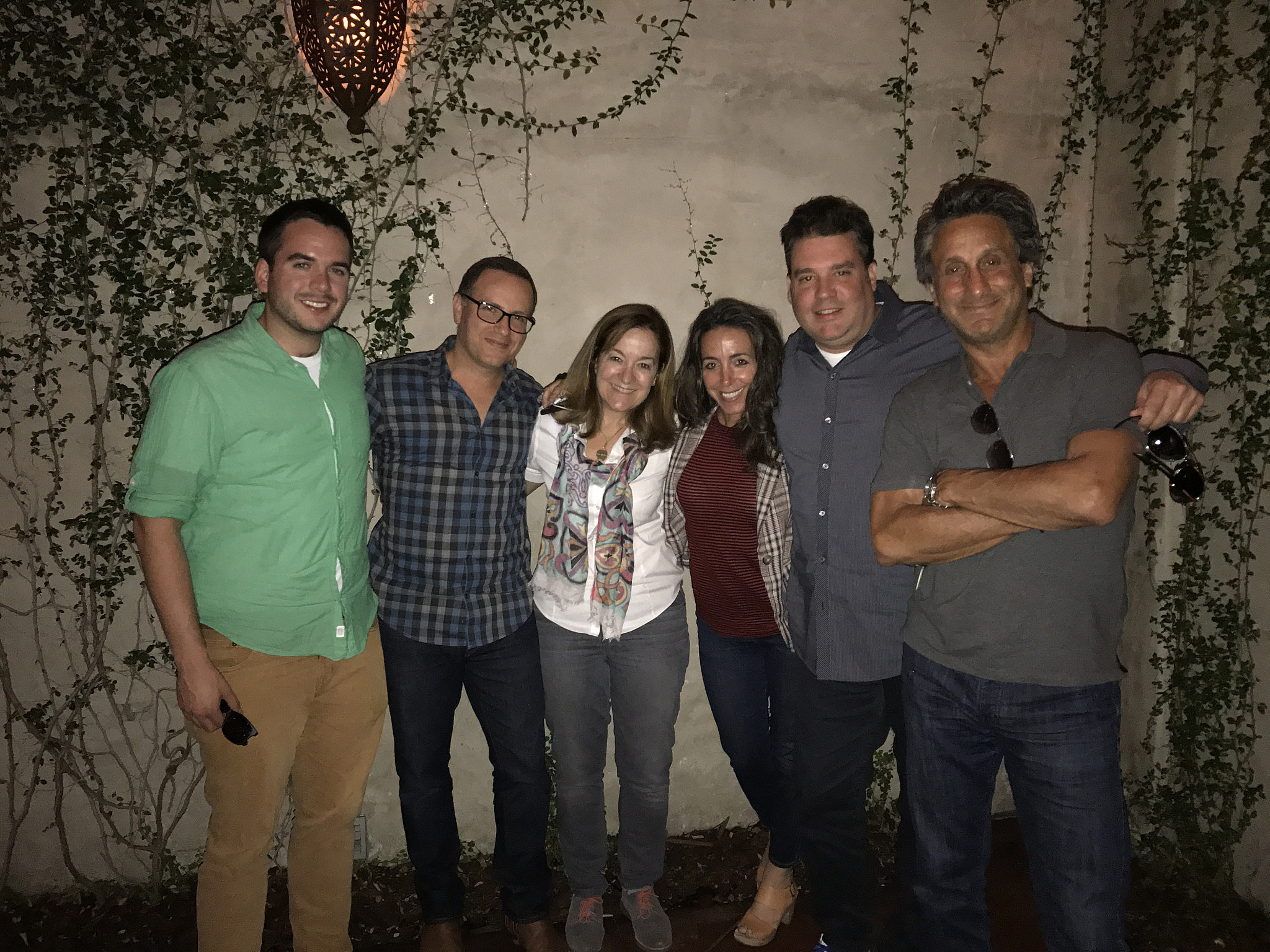 It took two years until we were ready to integrate Daniel’s score into our film. He  had just a few months to create his magic. Everyone on our team is used to jumping through hoops (finishing projects and meeting deadlines). Daniel composed the music then bid out recording studios in London, LA and Moscow. Daniel, Marc and Lisa chose The Bow Tie Orchestra & Choir in Moscow, obtained visas and flew to Russia for three days.

The studio was built in the 50s, an “old school” recording studio. It was booked for a half day, (four hours). Our team had two takes/chances to get it right with the ninety piece orchestra and choir. The musicians are required to site read (opening the sheet music picking up the instrument and playing unrehearsed), I was flabbergasted. Apparently prestigious music schools in Russia require site reading/playing upon graduation.

Each musician had a microphone, an important detail. During editing the intensity of the recorded instruments can/need to be adjusted. For example when Grandpa Arthur morphs into Little Boy, Marc felt we needed more focus on the harp. He sent photos from the studio. I laughed with joy. My request for a strings section with violins… we had dozens! 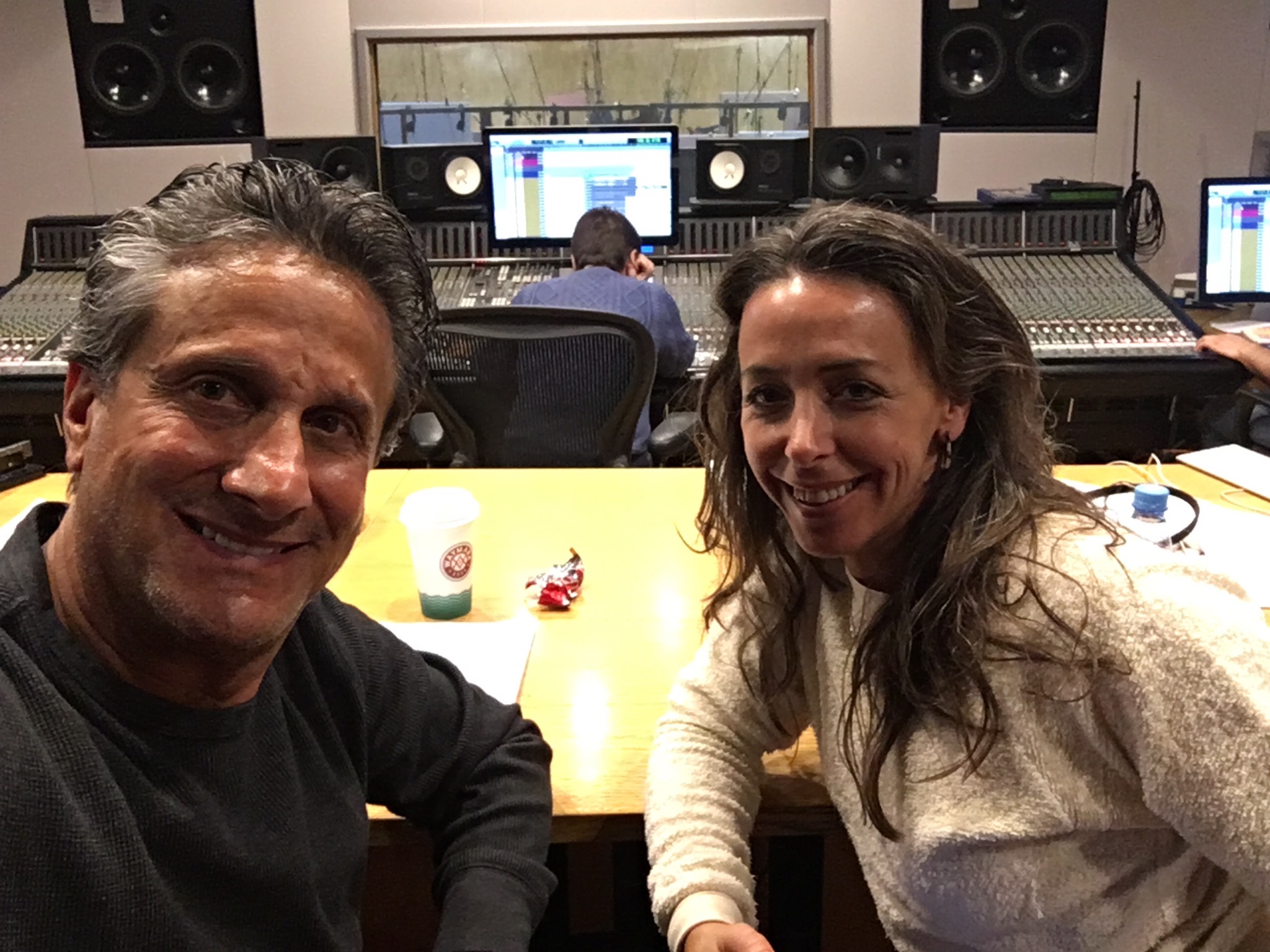 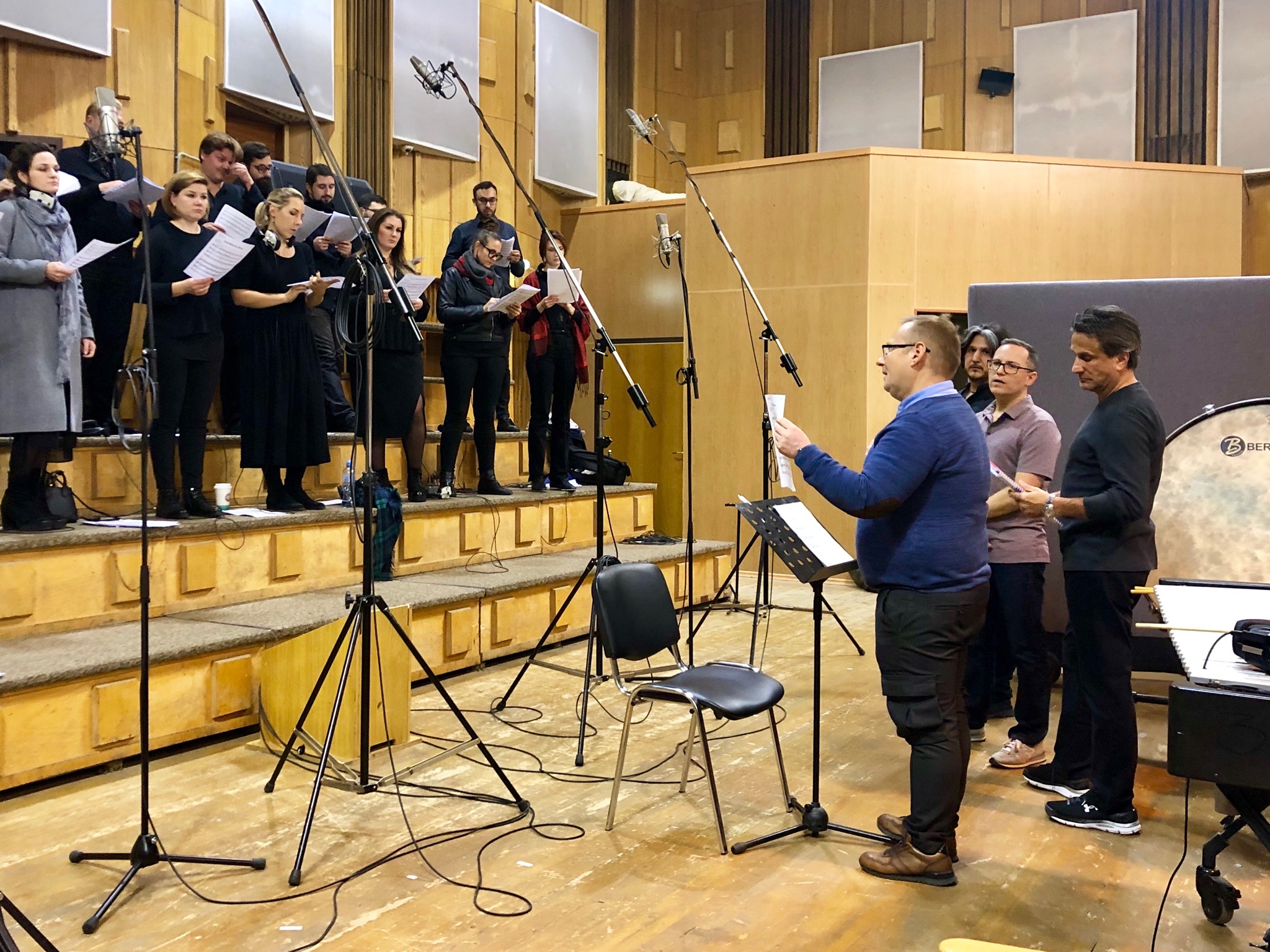 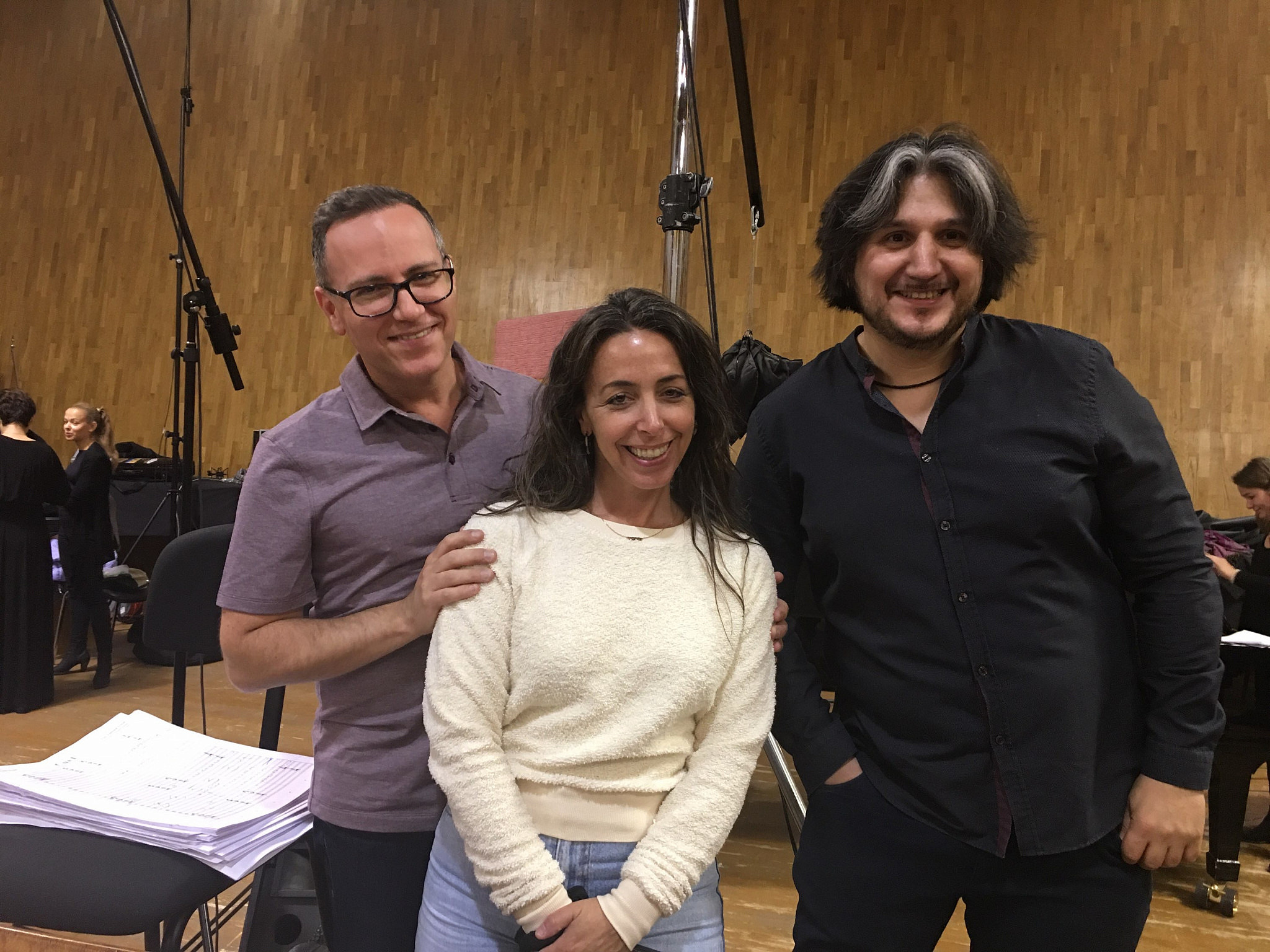 A genius: A person who displays exceptional intellectual ability, creative productivity or originality.

“…artists over time acquire modesty and humility. They may, some of them, conduct themselves flamboyantly in public. But alone with the work they are chaste and humble. They know they are not the source of the creations they bring into being. They only facilitate. They carry. They are the willing and skilled instruments of the gods and goddesses they serve. ” S.P.

The film opens with a black screen, the only sound is of a few celestial strings from the harp. I never dreamt we would have a harp like King David. The narration was recorded during the ten days of awe, the score was recorded near Yom Kippur. There is nothing more prayerful than music from the soul. Daniel, you blessed us with a heavenly score which transcends words. Thank you for this magnificent prayer. You are a gem; creative, kind, humble, team player and friend. I listen to the brilliant score inspired by genius and well up with tears…Alchehhunt.com. To watch Daniel during orchestration click on Vimeo above.

We are in 20 festivals. thetattooedtorah.com.