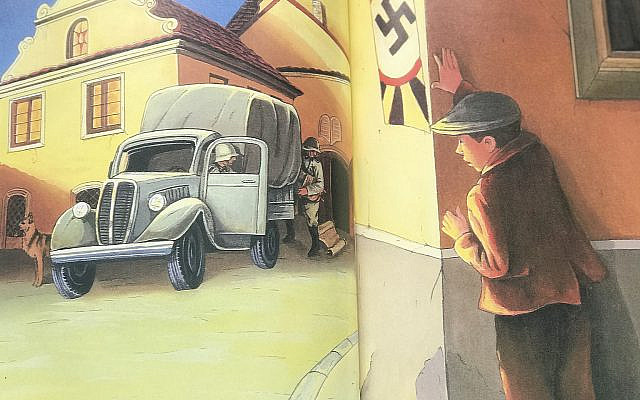 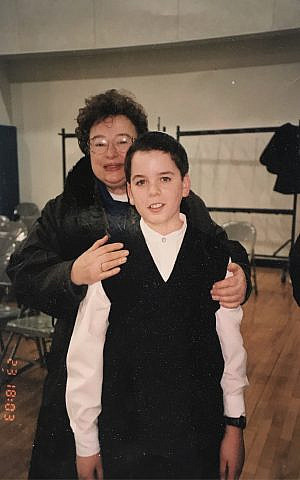 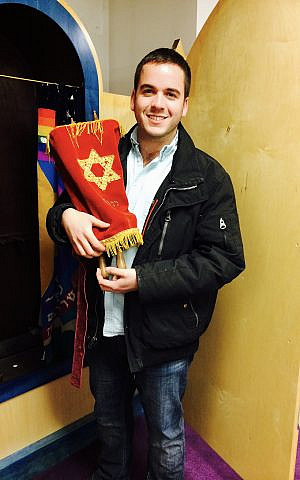 I’m a big believer in listening to my inner voice. I get brainstorms/ideas which seem to come out of nowhere. My most recent brainstorm was to produce a movie based on my late mother’s (Marvell Ginsburg) book The Tattooed Torah. I had never produced a movie. I’m an interior designer. I design and oversee construction for a living and have been trained to dive in and “figure it out”. So I dove in. All design/creative projects are accomplished in a series of steps.

Step one: Define the project.

Step three: Develop a screenplay based on the book.

Team member #4-Brett Kopin, co-screenwriter: To properly honor Mom’s book, the screenplay needed to be written by someone who loved Marvell dearly would honor her intent and the sacred mission of the Torah.

I was curious to see how the book could be formatted into a screenplay. I asked our youngest son Brett Kopin, Marvell’s grandson to write the first draft. Brett is a creative writer and deep lover of all things Torah. When Brett was young he and Marvell would sit together and edit each others stories. They dreamt of working on a project together someday.

I told him the first draft would be a vehicle to send to potential film makers and being the co-screenwriter of the film was not a given, he had to earn the zechut (right or privilege) to continue with the project. Brett was between road tripping and Rabbinical school. He had the time was used to my wild ideas and said he’d give it a shot. Brett downloaded a few screenplays, studied them then began writing. He went into his room, three days later he came out with the first draft. I was stunned…

The kernel of an idea

How do you take a children’s book, expand the story line, turn the story from non fiction to historical fiction and keep to the mission/brand? The original story tells what happened to Torah scrolls confiscated by the Nazis from a little Torah’s perspective. How sad Little Torah (our hero) felt when the Nazis came. Marvell wanted to teach the lesson of the Holocaust to the young based on one little Torah, easier to understand.

I asked Brett what inspired him about the book and how he came up with the initial idea for the screenplay? He was curious about one photo in the book. A little boy turns the corner of a building in Brno, Czechoslovakia and watches the Nazis standing in front of a synagogue throw a Torah on the back of a truck. He told me  when he was a young boy he wondered about that little boy. He used that illustration as a launching point and pivoted the entire story around Little Boy (main character’s name) his family and the love he has with Little Torah. Brett jokingly refers to the expanded story line in the movie as Midrash: Rabbinic interpretation.

Brett did a magnificent job on the screenplay along with our director/co-screenwriter Marc Bennett (more on that next column) staying true to Mom’s mission. They wove her story seamlessly into the newly expanded story, defined terms in the film not universally understood, and taught more about the Holocaust. We hoped the movie would be enjoyed and inspire all age groups, while simultaneously worrying about age appropriate viewers until final edit and premiere.

Working with Brett in such a deeply personal and collaborative way has been a highlight of my life, a blessing. I know Mom/Bubby is beaming with pride.

We are building our website thetattooedtorah.com and will soon list our screening and festival events. We were accepted into the JCC Chicago Jewish Film Fest jccfilmfest.jccchicago.org, March 8, 2020 at 1:00 Evanston Cinema, and Aspen Film Fest Shorts, more to come!