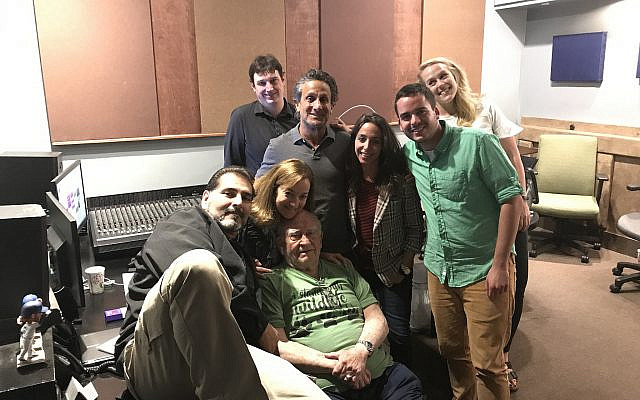 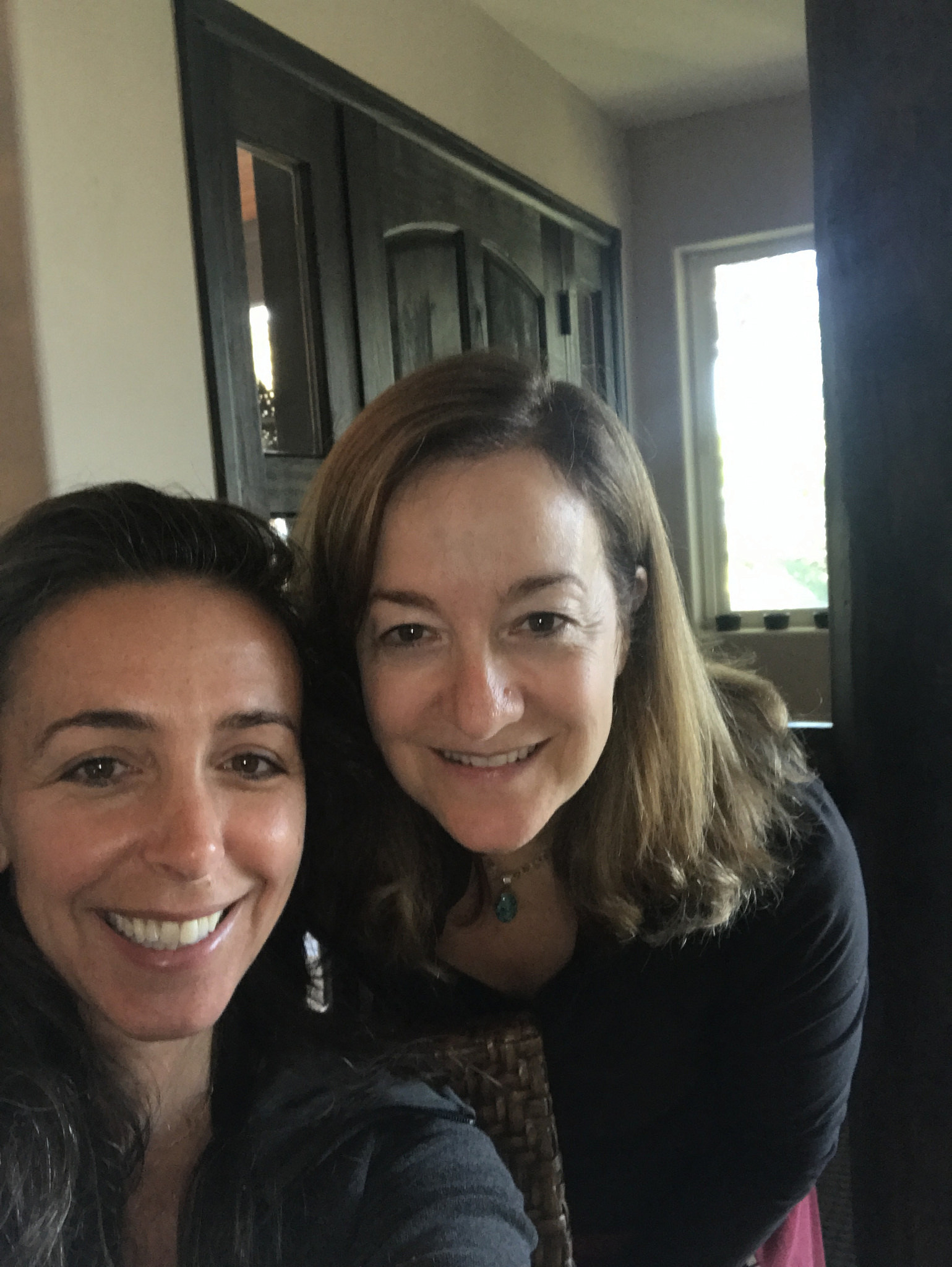 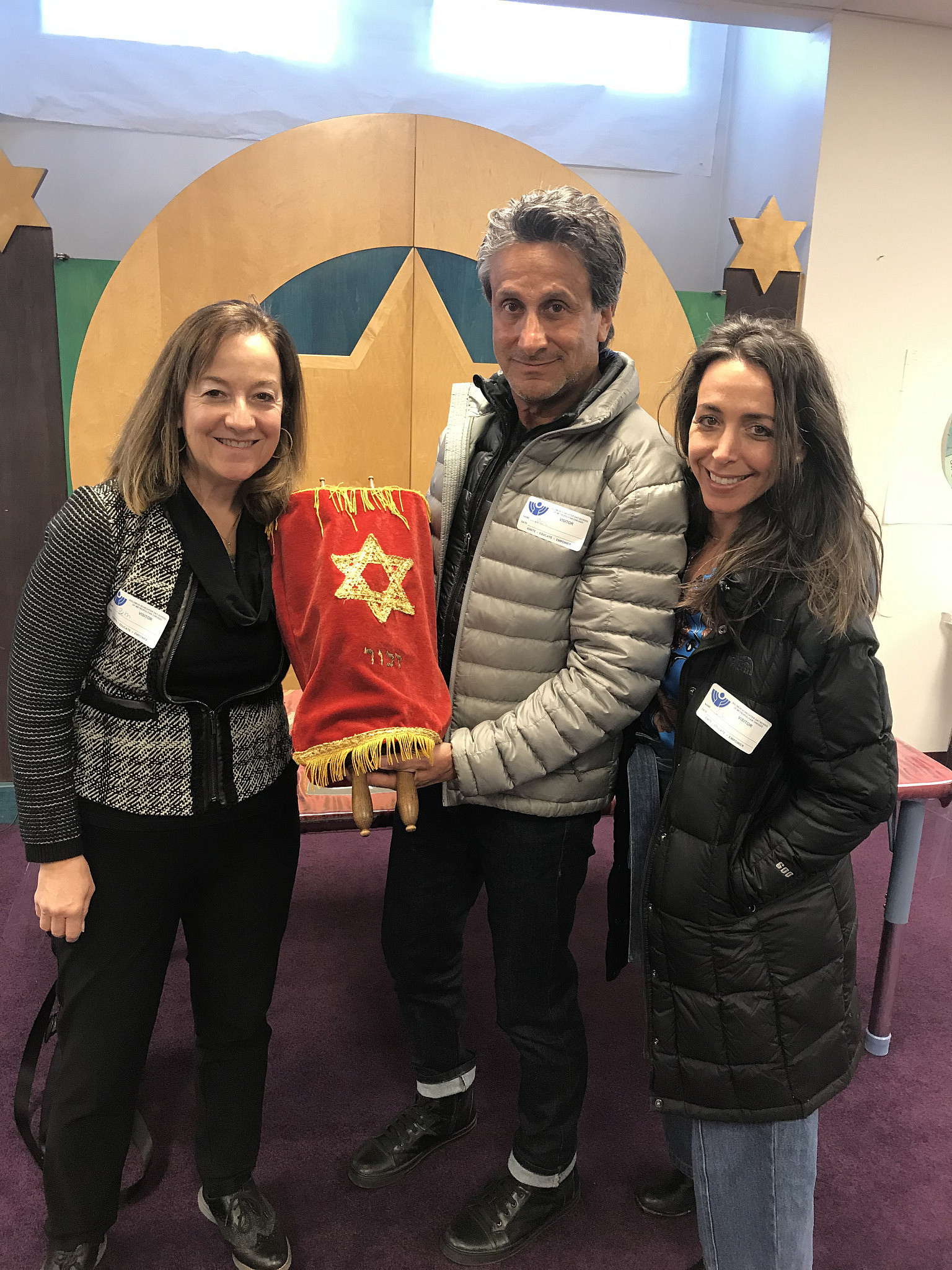 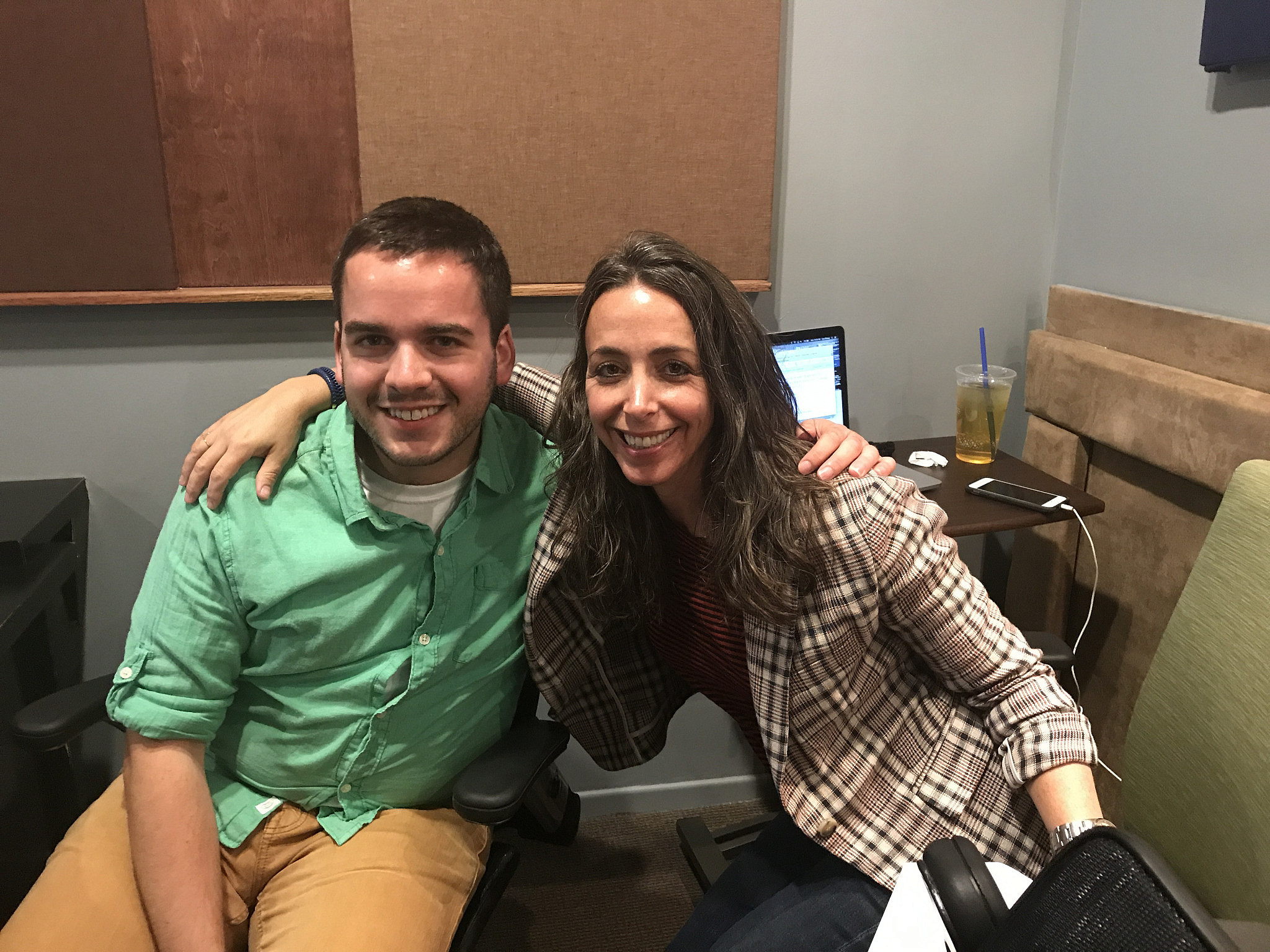 Brett Kopin (Co-screenwriter) and Lisa in the recording studio. (courtesy) 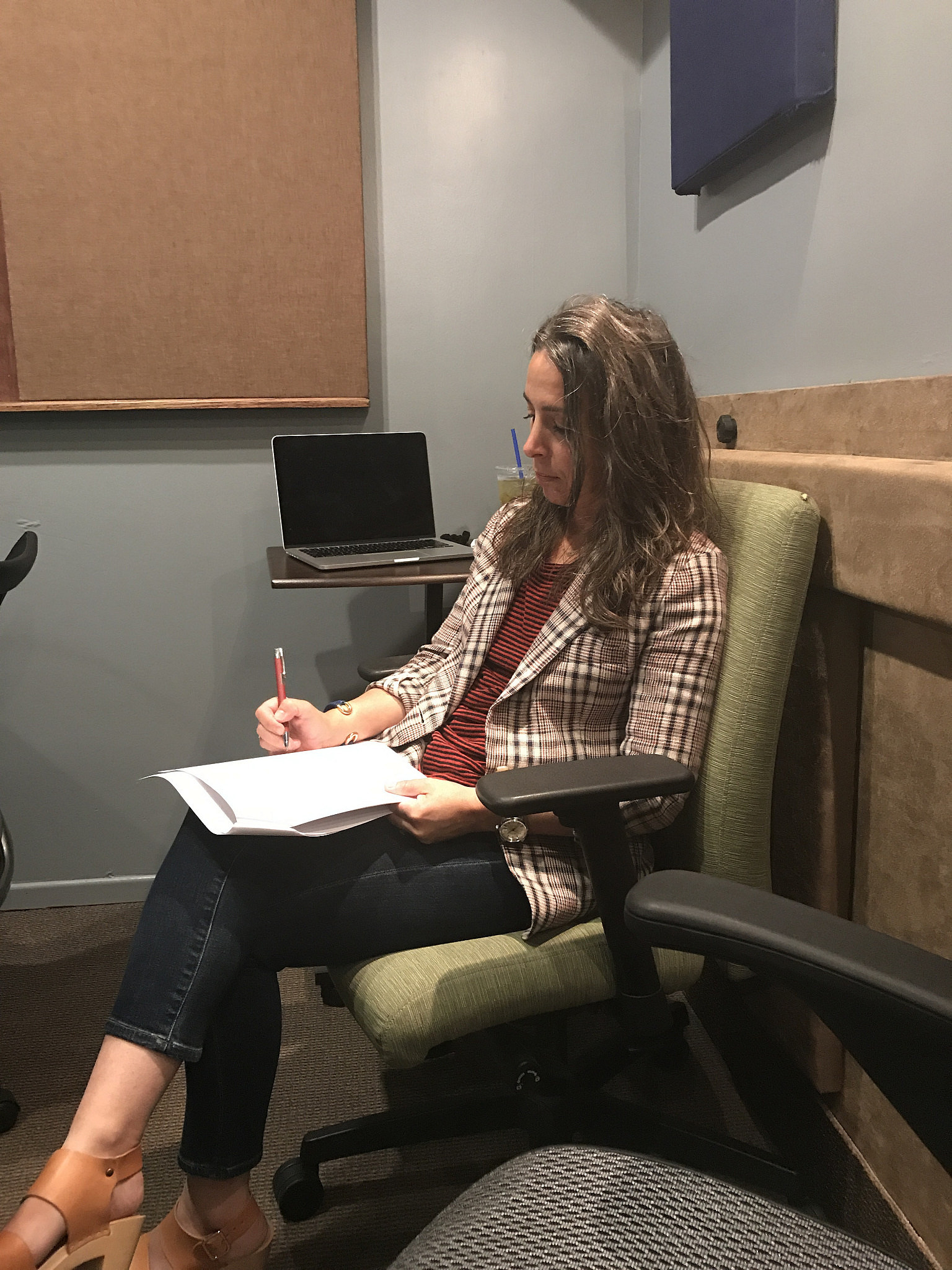 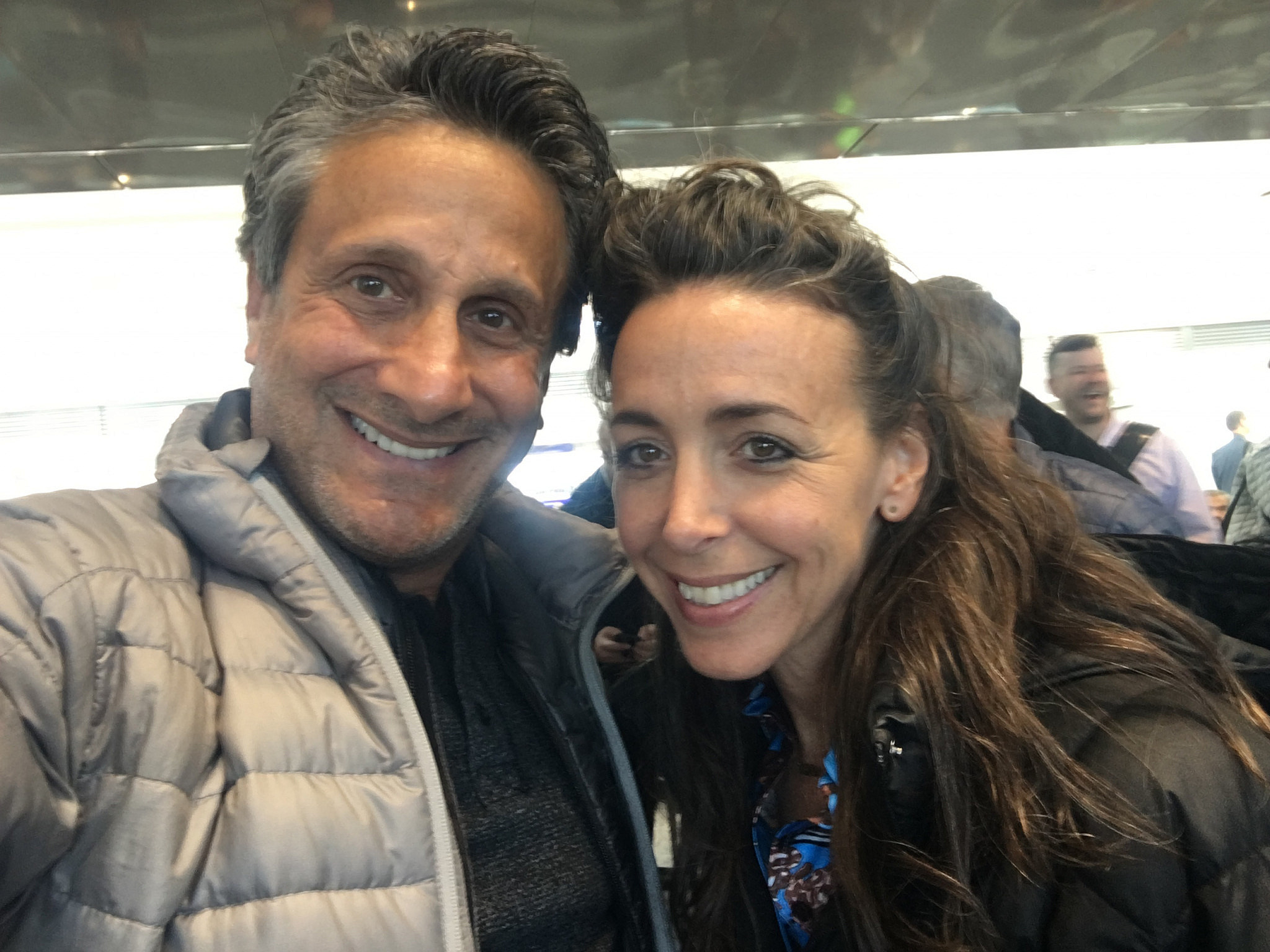 Continuing to build the team #7- Lisa Effress (Producer). Shortly after deciding Marc Bennett (Director, Co-screenwriter, Producer) written about in post #5, was my guy (I went with my gut), Marc reached out to Lisa and asked her to be The Producer for our animated children’s film based on my mom’s (Marvell Ginsburg) book The Tattooed Torah. They knew of each other from the industry. Lisa is a rock star in the marketing/post production world and jumped at the chance to work/manage our project with Marc.

What does The Producer do?

The producer acts as the GC (general contractor), holding the project together. There are several levels of producers in every film, I’m an Executive producer and wore many hats. The producer handles every aspect of the project; the look book (see below), logistics, timetables, estimating/budgets, endless editing, sound mixing, art direction… “whatever it takes”. Producers have access to cool people at their finger tips, Lisa’s rolodex/contact file would astound you!

The look book is a presentation including; a mission statement, summary of the project, bios of the team, initial budget, and eventually testimonials of the finished film. This book is extremely important. It is the way in which the film is presented to potential team members, funders, and eventually to communities hosting a screening, festivals etc. The book evolves as the project progresses, always in a state of creative flux. As our team expanded we added bios, and collected testimonials from people who had screened our film. The book morphed into our website.

I asked Marc, if Brett (my son and Co-screenwriter) written about in post #4, and I could fly to Aspen (summer of ’17) to meet some of the team. We met Lisa in Marc’s home. She told me she was originally from St. Paul/Mpls. We had a quick people in common discussion, (in my circle we lovingly refer to it as Jewish geography) and realized we had one degree of separation. We jumped up and down and hugged each other. I was dazzled. Lisa is charming, humble, gracious strong and incredibly talented. She puts you at ease, making you feel like old friends. She told me she was profoundly moved by our mission, and loved the story. I was grateful to have her join us.

I  had the honor the following month during a very special time of the Jewish year (the ten days between Rosh Hashanah and Yom Kippur) of watching Lisa work while recording Ed Asner (Narrator) in the sound studio (I wrote about Ed in post #2). She organized the studio time and booked Ed. Lisa took copious notes, asked for retakes, controlled the pace at which we worked. She did sound checks, spoke with Ed in the sound booth while continually checking with the group. She always kept it light and collaborative. Every moment spent together was precious.

Lisa is the consummate team player and troubleshooter. As we were finishing our film, Lisa felt we needed some fine tuning. At the eleventh hour she called in “the cavalry”. Her company, 11 Dollar Bill, jumped in and gave a heroic effort in post production finishing. They elevated our project into a finished realm I only dared to dream of. Lisa loves a deadline and always gets the job done! Lisa you are a master of your craft, top of your game, a blessing and a friend…

Now a bit of meditative knowledge… Each chakra (region of the body) is associated with a color, day of the week and four sutras (intentions). I’m dedicating this post to the second chakra…orange, Wednesday, intentions: purity, nourishment, charm, merging, (the place where all creativity is born). I especially love the third sutra, charm- the life force which magnetizes/attracts loving relationships. Amazing how it works, I attracted Marc, Marc attracted Lisa, Lisa attracted…

Lisa is the Managing Partner at 11Dollar Bill, an innovative post production studio located in Chicago and Boulder. 11dollarbill.com. We are in 13 festivals, and continuing our worldwide screening virtual tour. Jan ’21 The Tattooed Torah in English and Spanish will be living on the USC Shoah site. We are honored…

This project continues to attract loving relationships, we are blessed…thetattooedtorah.com….stay tuned!