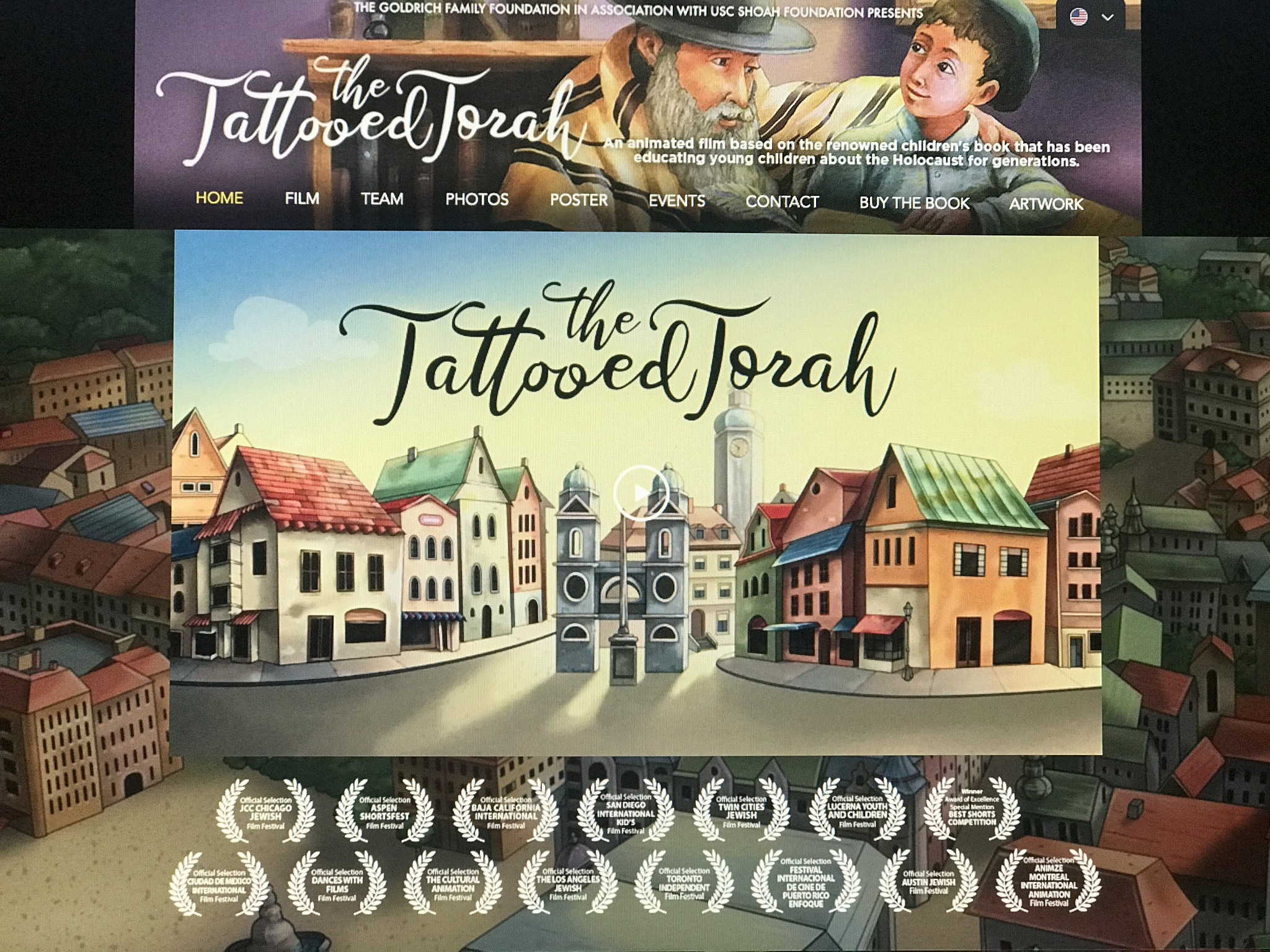 The Tattooed Torah site. Notice laurels on the bottom.

The laurel: a fern shaped parenthesis/bracket with festival title.

The movie business continues to amaze me! I was mistakenly sad that all the fun was over after our final edit and premiere. One of my favorite books The Four Agreements by Don Miguel Ruiz is simple yet powerful. The premise, if we follow four agreements we and the world will be better off.  The third agreement  is especially difficult,”don’t make assumptions”. I should have known…

The Tattooed Torah film/project is constantly in flow, one is either pitching, producing or promoting. We built a website, are entering festivals (including the Oscars) lining up screenings and collecting testimonials. Next steps… we are incorporating subtitles in several languages into our film, expanding our global reach.

Our first (and only) live festival was the JCC Chicago Jewish Film Fest in March. Most of our team flew in, all work remotely. We live in 3 time zones 6 cities and 5 states, it’s a family reunion of sorts when we get together. Despite hints of Covid and Purim carnivals we had a wonderful showing, we still pinch ourselves. The following week Covid hit, we feared the festival season was lost. Shortly after the film festival industry went virtual. The first festival brave enough to attempt a virtual experience was Aspen…we were thrilled, the festivals are thriving! 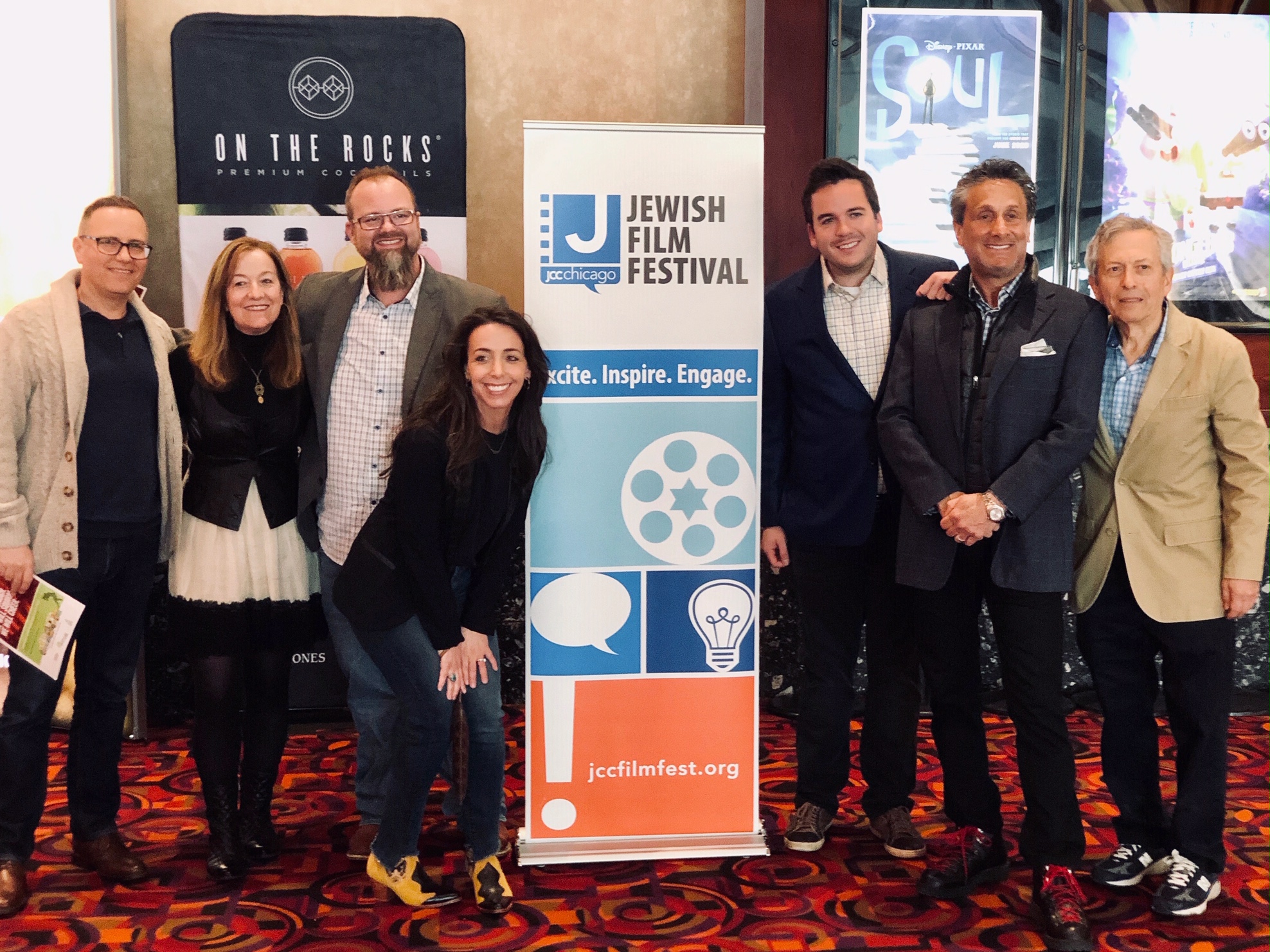 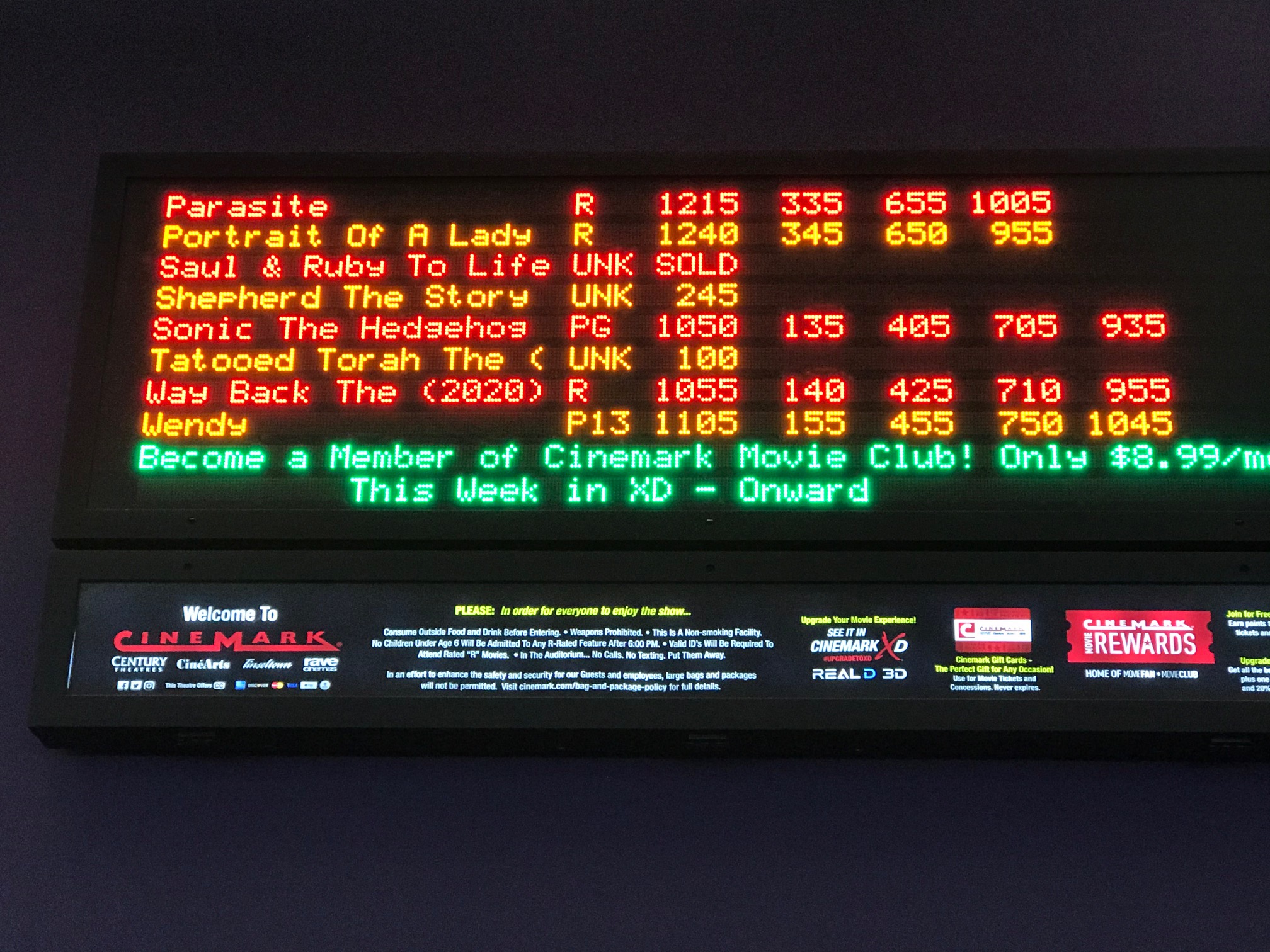 The Tattooed Torah on the marquee! 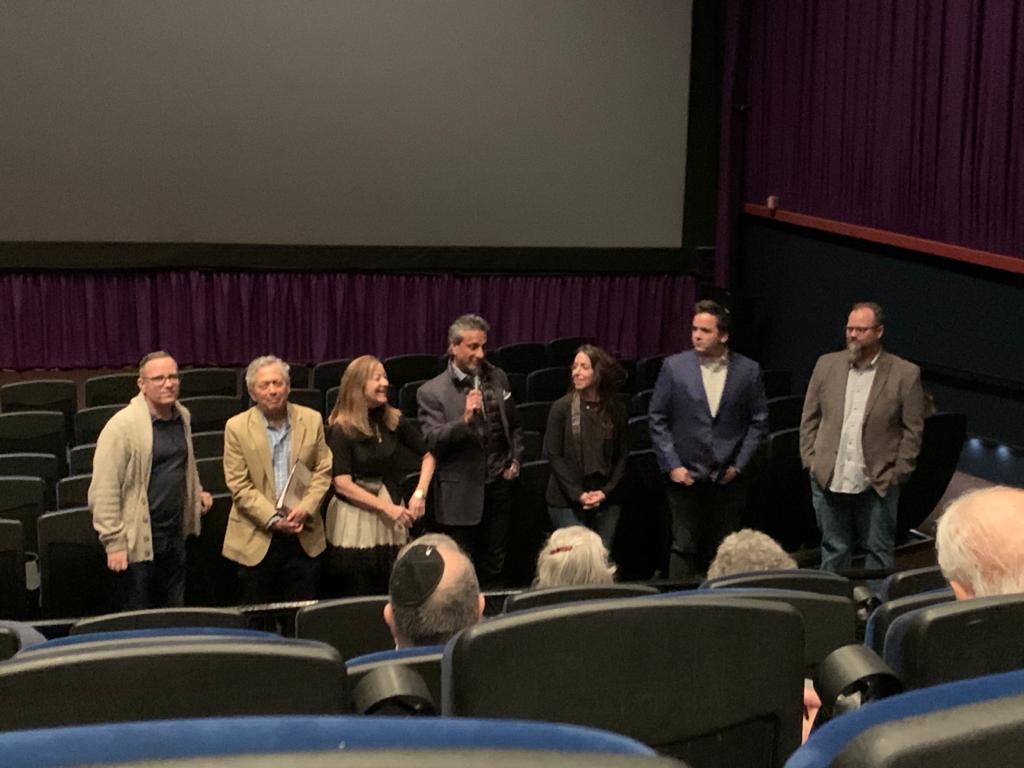 Live Q & A after screening with team.

Why are laurels and festivals so important?

We received our first laurel from the JCC Chicago Jewish Film Festival. The laurel is  typically displayed on the film or site. Festivals are quite competitive, being accepted is an honor and winning (is over the top). Each acceptance is validation from the industry, you have been judged fairly and produced a wonderful film. For most film makers the festival is the only way to get the film out to the world. We won in the Best Shorts Festival LA. 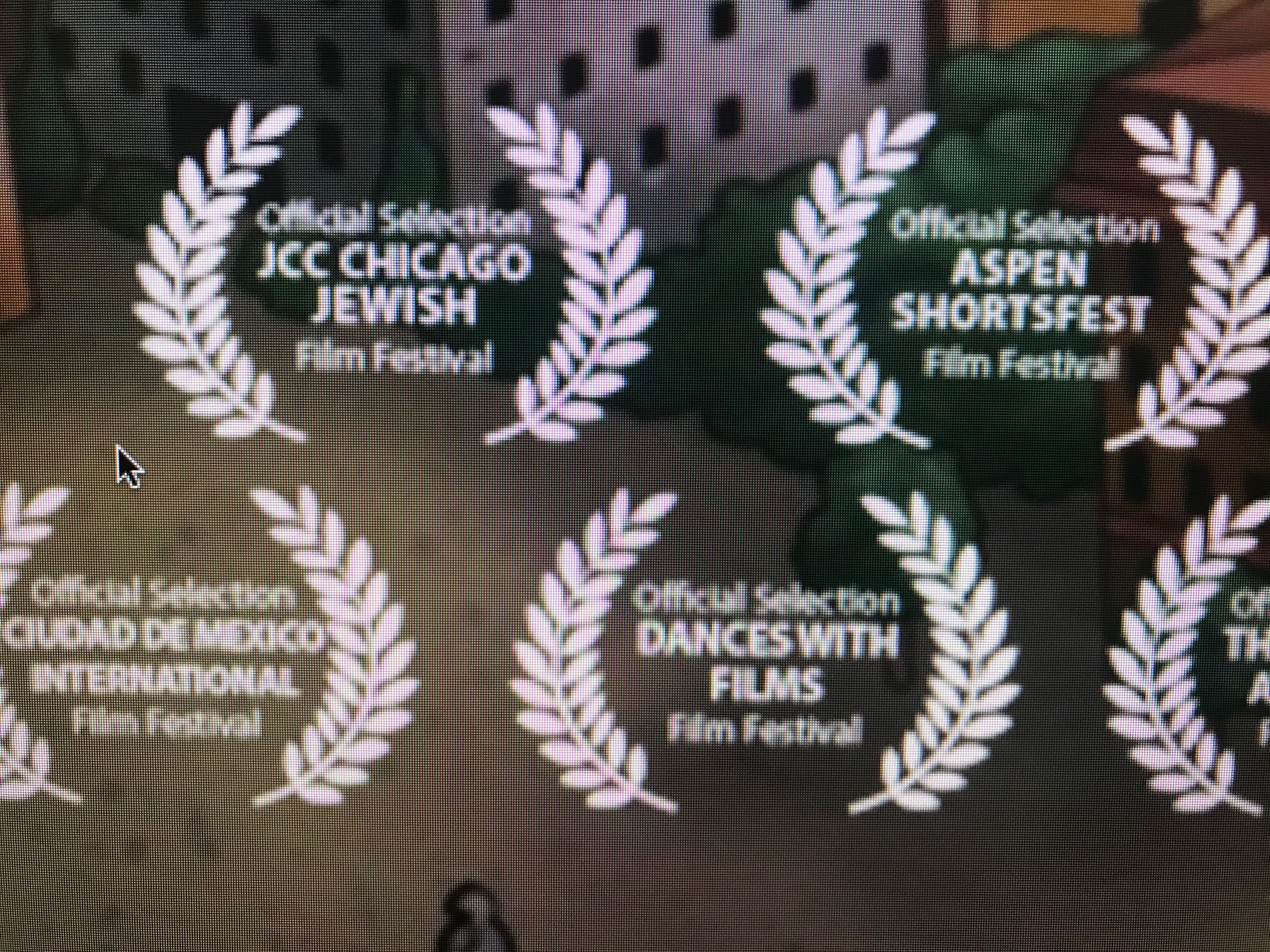 The idea to produce an animated short for children on the Holocaust raised many eyebrows, we were forging new territory. We had to tread lightly. Our intention was to keep it on the lighter side as an entry level tool for Holocaust Education. We kept getting asked who was our audience?

The festival we are currently in Dances With Films is unique. This fest has a Kidz division where young film producers show their films in the same festival as pros. There are full length features by pros and shorts by kids and pros. The “shorts” are grouped together for screenings. There is a kids/young adult committee deciding who gets into the child appropriate shorts section selecting from pros and children. This festival validates our target audience. 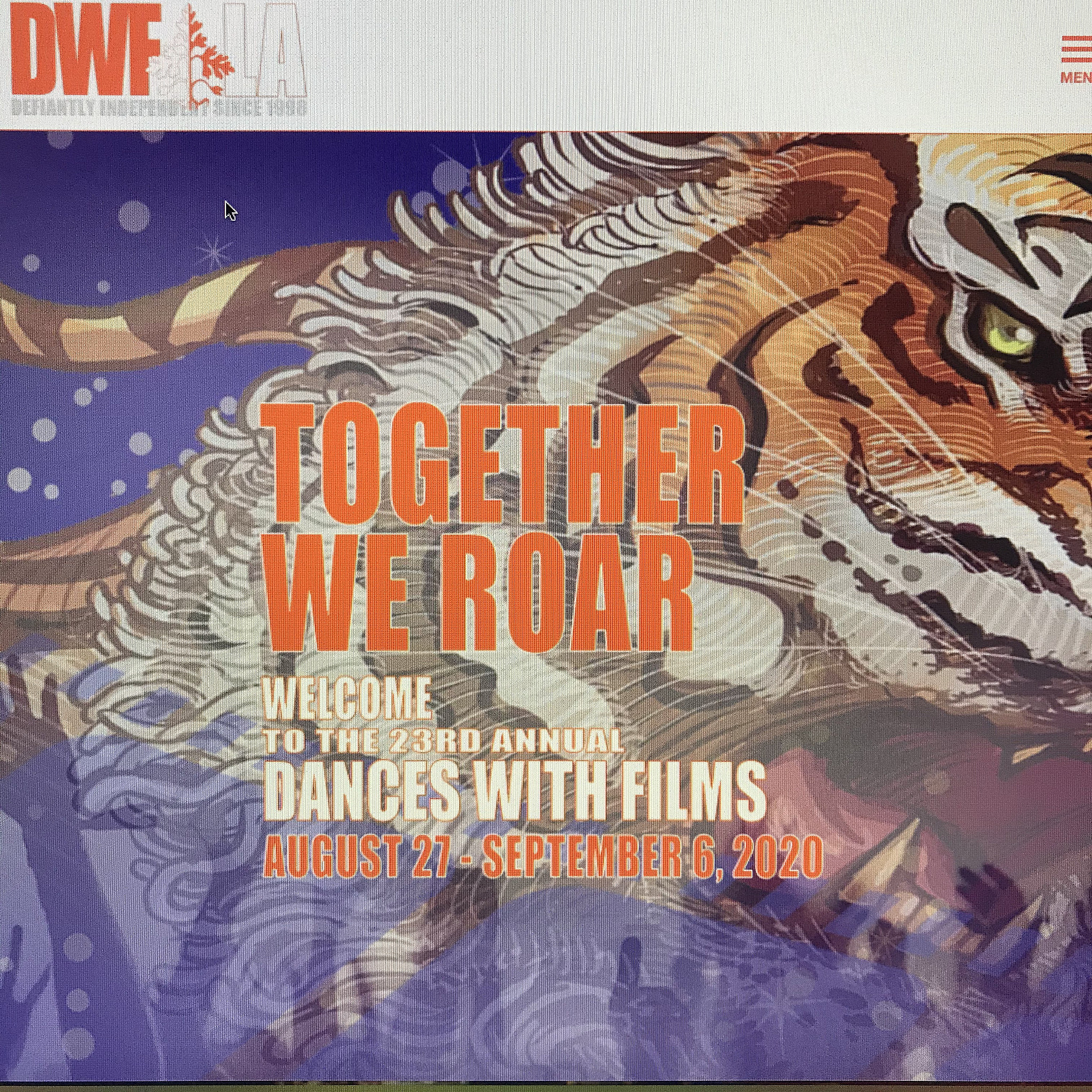 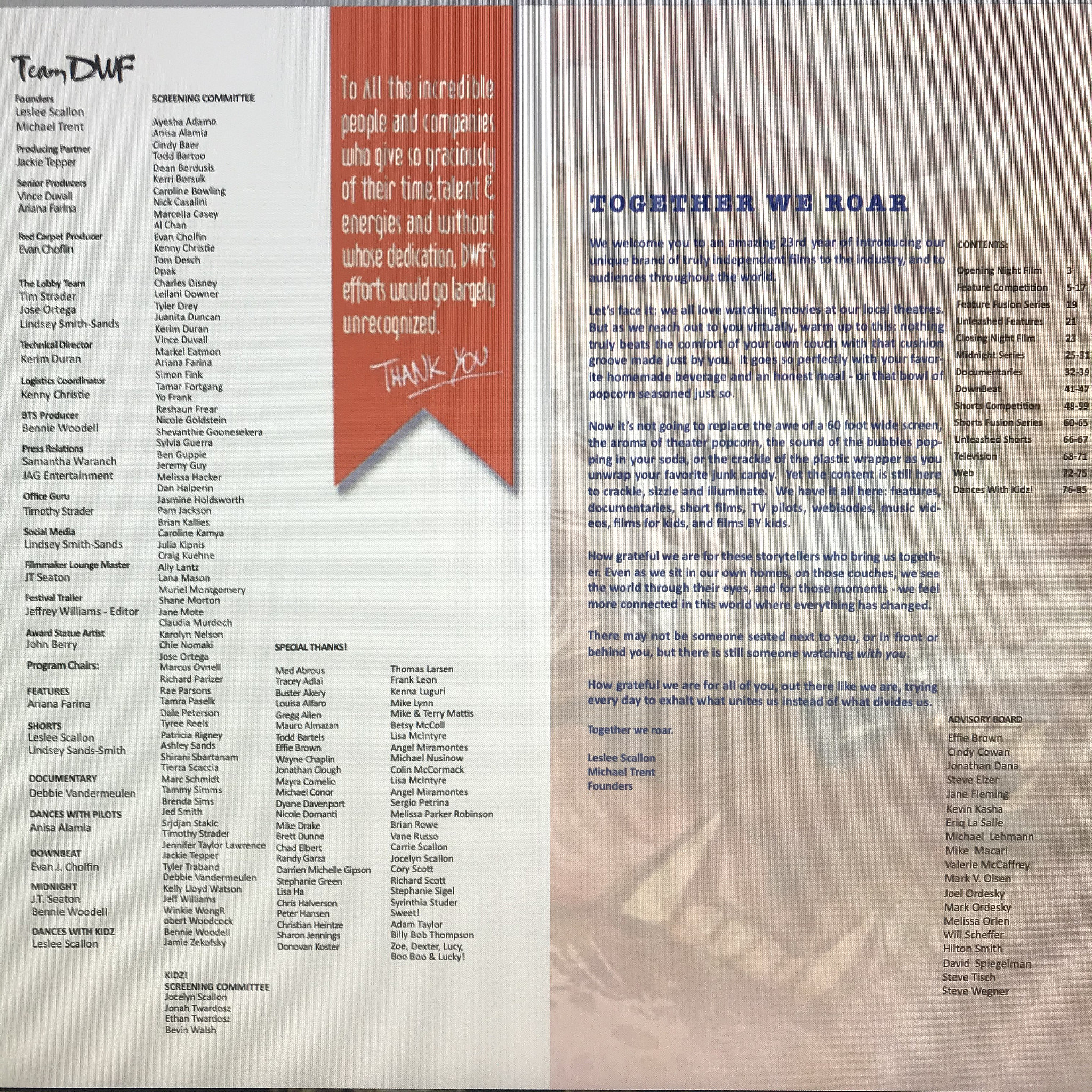 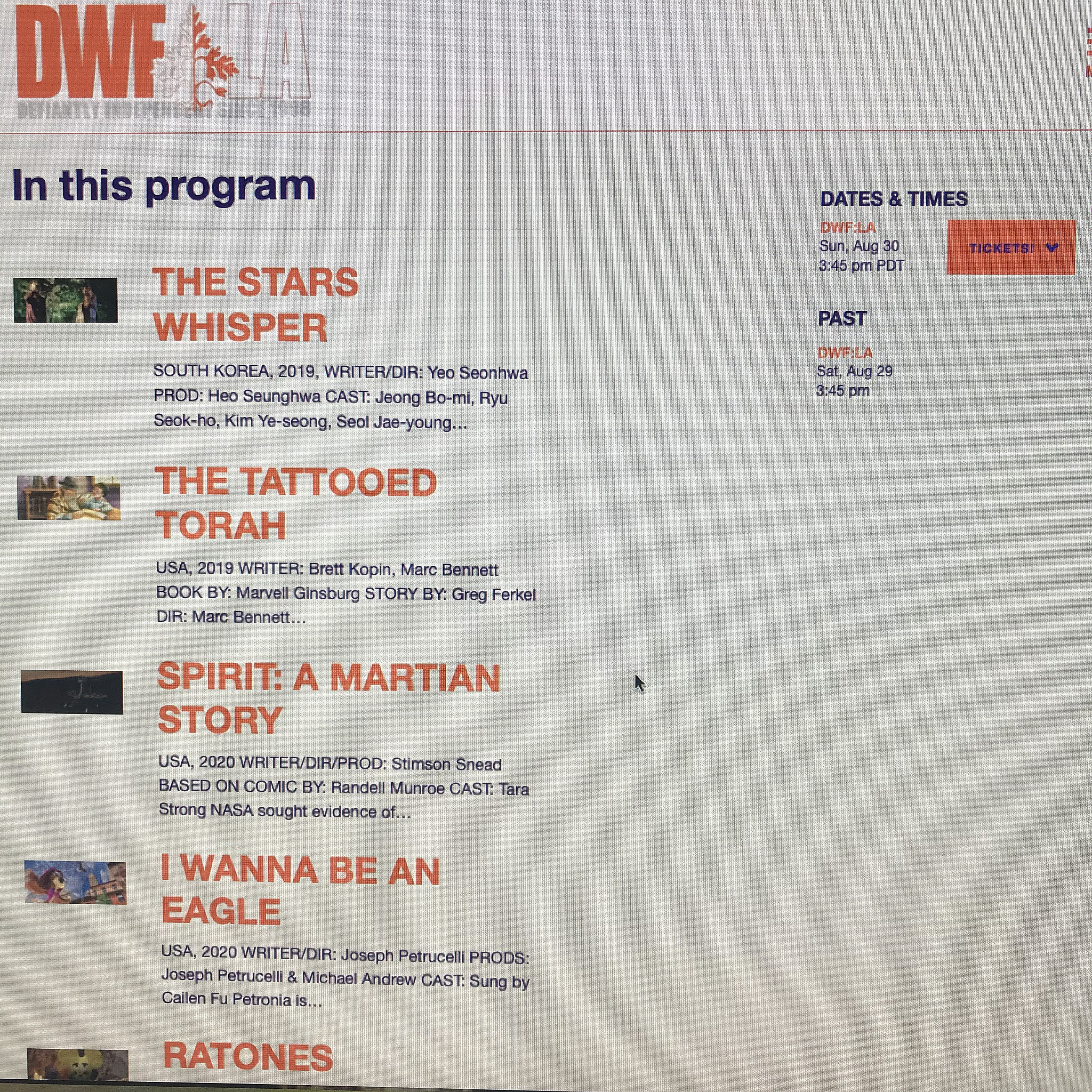 Each laurel is met with great enthusiasm! We have been accepted into 15 festivals;   from the US, Latin America, Canada, and Russia. Europe and Israel had interesting reactions, living through the trauma of the Holocaust some felt it was too light in content. Some in the US market thought it too heavy for the young, wondering which age is appropriate for viewing. The Tattooed Torah is enormously welcomed in Latin America, there is rising anti semitism and little content to date on Holocaust material for the youth.

Jan ’21 our film will live on the USC Shoah Foundation site in both English and Spanish as an educational tool. sfi.usc.edu.