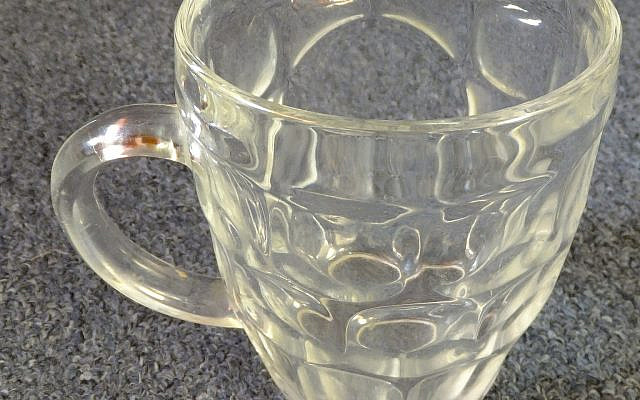 Waste Not Want Not - Nothing Left Here (Photo by the author)

Watching the collapse of the no longer united United Kingdom, I find it difficult to understand why Jews stay there. Many, most, Britons have no choice, they have nowhere else to go, but Jews have a young and thriving country waiting for them.

I, myself, experienced antisemitism at school, at university, even in the Boy Scouts. Once I had my Physics degree, I wasted no time in making my way home to Israel.
From time to time, to remind myself why I left, I glance at Sky News or read the Telegraph. The picture they paint is not encouraging.

The ambulance service is on strike. Only call 999 if you think you are about to die, says ambulance chief. For the convenience of the union, perhaps you should only call an ambulance after you have died.

As a matter of self-preservation, the population has been advised not to get drunk or play rugby, and most certainly not to play rugby while drunk. Surprisingly, England has some 6,000 referees for just 1,900 rugby clubs. That’s three referees for each club. Perhaps the referees get drunk and have to be carried off. But there are plenty of players. All together, there are over a million male players and quite a lot of females, all kicking a strangely shaped ball that might have been round when it started life.

We Jews have much experience of being kicked around but we have never lost our hope and belief in a better shaped future.

A recent survey found that Britons get drunk more than any other nation in the world. The survey’s authors suggested that that it is time to introduce guidelines on how to get drunk safely. I had not realised that getting drunk was such a complicated matter. Surely, it’s just lift glass, swallow, repeat. When you can no longer find the glass, you are probably drunk. What more is there to know?

But we are not interested in drunkenness; much more worrying is anti-Semitism. Last year, the UK’s Community Security Trust (CST) reported that there were more incidents of anti-Semitism since they started recording back in 1984.

So, why, why, why, do Jews stay in a country that hates them? They can not expect the UK to change its long-held dislike of Jews. They should take note of the motto of the popular newspaper, The Daily Telegraph …… what “Was, is, and will be”. No sign of change here.