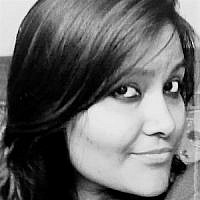 The Blogs
Ayushi Pandey
Apply for a Blog
Advertisement
Please note that the posts on The Blogs are contributed by third parties. The opinions, facts and any media content in them are presented solely by the authors, and neither The Times of Israel nor its partners assume any responsibility for them. Please contact us in case of abuse. In case of abuse,
Report this post.

Indian Prime Minister Narendra Modi wil be making a diplomatic visit to Israel on July 4 however, Modi’s  three- day visit does not include a trip to the Palestinian Authority headquarters in Ramallah.

Modi is a Hindu nationalist, conservative and believer in free markets, he enjoys unprecedented popularity at home, and many say he is all but destined to be reelected in 2019. If that happens, it will enhance closeness between India and Israel. Because, Narendra Modi party, does not believe in Muslim appeasement.

“This is going to be a purely bilateral visit. He is coming to visit us, and only us,” a senior Israeli official told the Times of Israel. “It’s a great achievement for us.”

This will be the first time ever in history when Indian Prime Minister will step on Israeli soil. The visit not only marks 25 years of diplomatic relations between the two countries but also a definite shift in New Delhi’s approach towards a country that has been its major arms supplier.

The two countries had established full diplomatic relations only in 1992. PM Modi and Mr Netanyahu did meet on the margins of the United Nations General Assembly in New York in September 2014. It was then, the first meeting of the Prime Ministers of the two countries in over a decade.

“In the 70 years of the country’s existence no Indian Prime Minister has ever visited and this is further expression of Israel’s strength,” Mr Netanyahu’s said before chairing a cabinet meeting on Monday that cleared multiple pacts to be signed with India next week.

“This is a very significant step in strengthening relations between the two countries. Ties between Israel & India are on a constant upswing,” PM Netanyahu tweeted.

Modi is also expected to meet 26/11 Mumbai terror attack survivor Holtzberg Moshe. He was only two years old when he was saved by his Indian nanny Sandra Samuel. His parents, Rabbi Gavriel and Rivkah were among the eight Israeli nationals killed in the attacks.