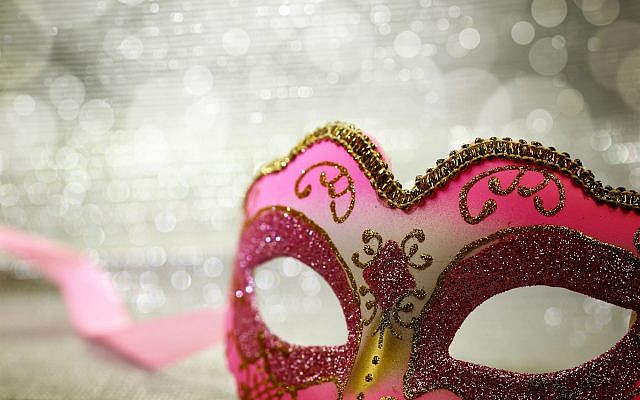 Rabbi Forhman has been known to say that when you know a story too well, you stop seeing it.* This is never more true than in the Purim story. As a child, I imagined it like this: Esther enters a fashion show/ Miss America event, kills it in the talent competition, gets crowned Miss Shushan, and then lives happily ever after with the (admittedly uninspiring) Achashverosh.

But, does the story really have such a simple, happy ending? A closer reading of the Megillah suggests otherwise. The “fashion show” involved mandatory participation and no exit route–any potential brides that did not achieve the crown wasted their lives away in the harem walls. Achashverosh was at best a weak ruler and at worst a vicious anti-Semite, too cowardly to act in his own name. And while Esther is ultimately able to save the Jewish people, she is not able to save herself, forgoing a life and family in her own nation for the gilded cage of the palace. It is for this reason that Esther has become a symbol for the agunah, a woman trapped in an unwanted marriage, and her fast day, taanit Esther, is also International Agunah Day.

The story of Purim is one of layered and competing narratives. There is the experience our children have, with costumes, candy, and a simple story of the good guys and the bad guys and justice meted out in the end. (And candy. Did I mention candy?) There is the awareness we develop as adults, as we realize that the story of our childhood is actually more complicated than it seemed. There is the larger national story, tying the events of Purim to the Jews’ historical efforts to rebuild the Beit Hamikdash under Persian rule. And there are the competing stories about G-d’s role in the Purim tale. After all, G-d is not mentioned once in the Megillah, and we could choose to read the narrative as a story of coincidence and happenstance, rather than a divinely orchestrated scheme where each event serves an ultimate purpose.

The competing narratives of Purim highlight the fact that often, we only see what we want to see. Nowhere is this more true than in stories of domestic abuse and divorce, the stories that are woven into every day of work at ORA. Competing narratives battle throughout our advocacy work: In fact, most get refusers, along with their families and supporters, have compelling stories for why they are refusing a get  and why they feel their behavior is justified. As someone who has heard these stories over and over, on the phone and in person and waiting for the elevator in family court and sitting in the beit din, I can tell you that these stories can be pretty convincing. But Purim reminds us that the surface story is not the only one, no matter how shiny and appealing it is. Don‘t let a good story lead you away from truth and justice, the underpinnings of all the stories we live and tell.

Yet another challenge of our work at ORA is that it contradicts a deeply held and powerful narrative in the frum community—that if we do the right things, and follow the “rules,” we will have that perfect happily family. I’m sure you can picture it: Husband and wife sitting at the Shabbos table, well-behaved children with bright eyes and clean faces, singing along….I think all of us find, as adults, that real life is, well, more complicated than that. Real relationships are not just like Snow White (which is actually a pretty weird story, if you think about it…), and in some homes the dynamic is much darker than we can imagine. While the reality of marital violence and get abuse challenges the fairytale of the perfect Jewish family, it doesn’t actually challenge Judaism, which recognizes reality and advocates for supporting the vulnerable. Life is not perfect, and that’s the point–for it’s in the broken moments that we have the opportunity to live our faith, trust in G-d, and do G-d’s work by helping others.

Finally, one of the greatest challenges we face at ORA is encouraging communities to be brave enough to face the difficult issues that we represent. So often, communities turn away from abuse conversations because they are complicated, and we would rather look away. The Megillah, however, is actually a powerful story of communal responsibility. In Shushan, the Jewish people were ready to make themselves uncomfortable in the literal sense (this was a three day fast, people!) in order to support Esther and pray for her safety. As a community, are we willing to experience the discomfort involved in engaging with critical issues?

This Purim, you will see a lot of cheerful families, coordinated costumes, and themed mishloach manot (I’m guilty of the same–medieval theme here we come!). But in the midst of the chaos, pay attention to the story behind the story: the poor, the vulnerable, the houses that don’t have dozens of mishloach manot left at the door, the lonely people without seudahs to go to.  Think about the many women trapped, like Esther, today–you can find a list of names to daven for here. See the larger story.

Because sometimes when you go beyond the surface, that’s where you find G-d.

About the Author
Keshet Starr is the Executive Director of the Organization for the Resolution of Agunot (ORA), the only nonprofit organization addressing the agunah (Jewish divorce refusal) crisis on a case-by-case basis worldwide. At ORA, Keshet oversees advocacy, early intervention, and educational initiatives designed to assist individuals seeking a Jewish divorce, and advocates for the elimination of abuse in the Jewish divorce process. Keshet has written for outlets such as the Times of Israel, The Forward, Haaretz, and academic publications, and frequently presents on issues related to Jewish divorce, domestic abuse, and the intersection between civil and religious divorce processes. A graduate of the University of Michigan and the University of Pennsylvania Law School, Keshet lives in central New Jersey with her husband and three young children.
Comments