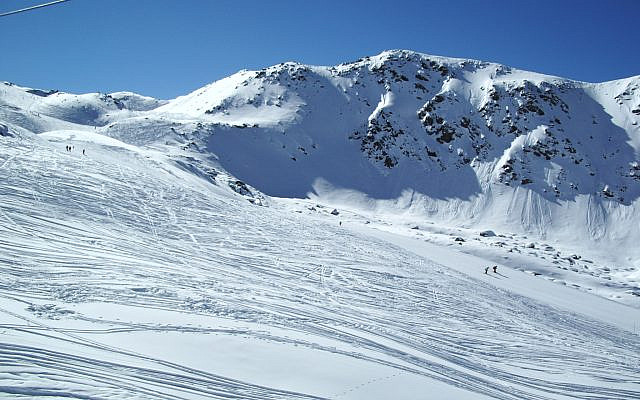 The French Alps - too important to be left in French hands (Roger M. Kaye)

Jerusalem. The United States decision to recognize Jerusalem as the capital of Israel, and to move the American embassy from Tel Aviv, brought about a wave of condemnation from the “international community.” Among those hurrying to condemn the move were both the United Nations General Assembly and the European Union.

This international condemnation was based on the idea that Jerusalem belonged to neither Israel nor the Palestinians. Both international law and legal precedent having established the city as being an international ward.

It is clear that Jerusalem is far too important to the world to be left in the hands of any one state. Jerusalem must be internationalized, a place of world heritage. Jerusalem belongs to the world.

Among the 128, out of 193, member states approving the General Assembly resolution (ES-10/L.22) introduced by Turkey and Yemen was ….. France.

As a keen skier, I can only welcome France’s participation in this attempt to protect Jerusalem for the world. I am sure that France will support my call for the internationalization of the French Alps. Tignes/​Val d’Isère, Les 3 Vallées, Alpe d’Huez are all far too important to be left in the hands of the French.

As I write this blog post, French unions are holding demonstrations and marches across the country. Public transport is almost non-existent as mass transportation strikes reach day 23 – the longest strike in France since the 1980s. Police fired teargas and charged at demonstrators in central Paris as striking workers turned violent, throwing paving stones and other missiles. As the 2020 ski season starts, skiers cannot get to the ski resorts. France is not a safe place for skiers.

And there is a very real danger than someone may use cannabis in a French ski resort. In France, taking cannabis gives you a license to kill Jews without fear of prosecution. Just this week, French prosecutors refused to try the chief suspect in the murder of Sarah Halimi as he was found to have taken a large quantity of cannabis before the killing. (Suspect in 2017 Paris killing of Jewish woman won’t stand trial – Times of Israel 19 December 2019)

Israel’s ambassador to France, Aliza Bin-Noun, has reported rising levels of anti-Semitism in France. Coming to the end of her four-year tenure as ambassador, she said “in the four years, I have seen how antisemitism and anti-Zionism have only increased.” At least 30% of Israeli skiers go to France. We cannot trust the French to protect our citizens from antisemitic attacks while enjoying the snow clad mountains.