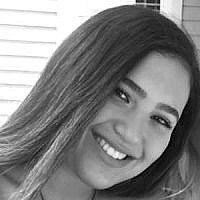 The Blogs
Shirel Wainer
Apply for a Blog
Please note that the posts on The Blogs are contributed by third parties. The opinions, facts and any media content in them are presented solely by the authors, and neither The Times of Israel nor its partners assume any responsibility for them. Please contact us in case of abuse. In case of abuse,
Report this post.

In the Iran sanctions the world wanted Iran to stop its nuclear program. If we withhold Iran’s certification of JCPOA  without ironclad evidence of Iranian violations of the Iran agreement could jeopardize our national security, harm our international relationships, and embolden Iran. President Trump decertifying Iranian compliance without clear evidence of Iranian violations will jeopardize this united front against Iran.

Iran harasses American ships, Iran imprisons Americans on false charges, Iran violently suppresses its own citizens, Iran sponsors terrorism, provides assistance to al Qaeda, the Taliban, Hezbollah, Hamas, and other terrorist networks, Iran has fueled sectarian violence in Iraq, and vicious civil wars in Yemen and Syria, and overall, Iran is a THREAT! Why would we want this dangerous country to have a nuclear weapon.

The regime received an immediate financial boost and over $100 billion dollars its government could use to fund terrorism. The regime also received a massive cash settlement of $1.7 billion from the United States, a large portion of which was physically loaded onto an airplane and flown into Iran. Worst of all, the deal allows Iran to continue developing certain elements of its nuclear program. And importantly, in just a few years, as key restrictions disappear, Iran can sprint towards a rapid nuclear weapons breakout. The saddest part of the deal for the United States is that all of the money was paid up front, rather than at the end of the deal when they have shown they’ve played by the rules.

I think that this deal needs to be take away NOW! The US needs to stop supporting it as soon as possible. Why? Not only because Iran is a dangerous country that should never have a nuclear program, but also because they already violated terms of the iran deal. On two separate occasions, Iran exceeded the limit of 130 metric tons of heavy water. The Iranian regime has also intimidated international inspectors into not using the full inspection authorities that the agreement calls for. The Iran Deal was supposed to contribute to “regional and international peace and security.” And yet, while the United States adheres to our commitment under the deal, the Iranian regime continues to fuel conflict, terror, and turmoil throughout the Middle East and beyond. Importantly, Iran is not living up to the spirit of the deal. Until recently, the Iranian regime has also failed to meet our expectations in its operation of advanced centrifuges.

About the Author
Live in the United States but have family residing in Israel. Two of Shirel's cousins were recently in the Israeli army.
Comments
Advertisement