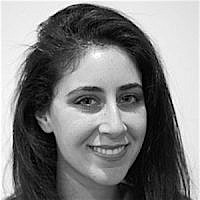 The Blogs
Michelle Tabariai
Apply for a Blog
Advertisement
Please note that the posts on The Blogs are contributed by third parties. The opinions, facts and any media content in them are presented solely by the authors, and neither The Times of Israel nor its partners assume any responsibility for them. Please contact us in case of abuse. In case of abuse,
Report this post.

The world watched in anticipation as America elected Donald Trump as the 45th President of the United States. Elections came at a critical time in Iranian history, amidst a cabinet reshuffle, six months before presidential elections in Iran, and months after the historic Joint Comprehensive Plan of Action (JCPOA) was signed and implemented. At this point, US compliance with the JCPOA is probably the greatest concern for Iranian officials, as well as regional alliances and economic prosperity.

Prior to election day, most Iranian news publications across the political spectrum seemed to ridicule the US election process, in addition to the candidates – highlighting the moral and security scandals that have plagued them and stressing the fact that most Americans must decide now between bad and worse. This criticism and speculation has extended beyond election results. Conservative, Moderate and Reformist sectors all agree that this election was won by Trump because he represented the choice that was at odds with the status quo. While some insist that Trump will bring about a real change, for America and for Iran, hardliners expectedly stress that no external forces will or can effect the Islamic Republic.

After implementation of the Nuclear Deal, there existed in Iran a great sense of frustration with the lack of economic prosperity promised by fulfillment of the deal. Hardline factions in Iranian media pointed to the lack of a full lifting of sanctions, and believed the deal may not provide Iran with any benefits. Reformist factions were more hopeful about the diplomatic path, believing that the deal would eventually lead to progress and considered it a major victory. Most Iranian government officials continued to look to the US with suspicion, claiming that the US was the main obstacle to full implementation; pointing to new sanctions Washington had imposed since implementation began. Ayatollah Khamenei had even publicly responded to some of the perceived threats, directly referring to particular candidates.

Throughout his campaign, Trump had expressed strong opposition to the “disastrous” JCPOA deal. He even stated that dismantling it would be his number one priority. Trump’s victory has given way to mixed reactions within the Iranian government. Hardliners are pleased, as many of them believe the deal exploited Iran, providing the country with little benefits. Probably the most telling of all responses was that of Iran’s Supreme Leader Ayatollah Khamenei. Back in June he warned “if the threats of tearing of the JCPOA made by the US presidential nominees are carried out, the Islamic Republic will set the JCPOA ablaze”(Tasnim News Agency, June 15, 2016). After Trump’s victory, President Rouhani assured his cabinet that it would be impossible for Trump to unilaterally overturn such a deal. Foreign Minister Zarif has taken on a slightly different tone – maintaining that the hope and desires of the Islamic Republic are for a full implementation of the deal while simultaneously mentioning “other options” if the deal is otherwise scrapped. Reformist and Conservative Iranian news sources see this as an opportunity for Iran. They believe that the US unilaterally backing out could cause the demise of US credibility in the international arena. This, they believe would prove a great opportunity for Iran to get closer with European countries and isolate the US. In the best case scenario, there may even be a possibility of creating a better deal under more favorable terms with the remaining P5+1 countries.

JCPOA deal aside, some in Iran believe that Trump’s stance on other issues may prove beneficial for them. Trump’s isolationist rhetoric, specifically his threat to stop American oil purchases from Saudi Arabia, promise to remove of the “cloak of protection” from Saudi Arabia, and threat to leave NATO resound nicely in moderate circles. Some reformist voices point to Trump’s isolationist ideology, his positive relationship with Vladimir Putin and his lack of support for Saudi Arabia as a positive factor for Iran. These things combined, they hope, may increase Iran’s influence in the region. These isolationist ideas come at a crucial time as various factions in Iran feel more pressure because of US expansion and control of Mosul, and this summer’s coup attempt in Turkey. Simultaneously, others stress that Trump would be more likely to take a stand against ISIS – which Iran would inevitably also benefit from. Additionally, some believe that Trump’s business background and economic approach might help get the Iranian economy moving, and release some of the US companies that still refuse to do business with Iran.

Iran, along with the rest of the world, holds its breath while closely monitoring the President-elect’s next move.

About the Author
Michelle Tabariai is a graduate of Tel Aviv University's Graduate program in Security and Diplomacy Studies. She is fluent in English, Hebrew and Farsi, and specializes in topics related to Iran and Middle East Politics.
Related Topics
Related Posts
Comments