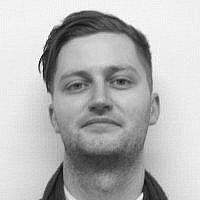 The Blogs
Sandy Milne
Apply for a Blog
Advertisement
Please note that the posts on The Blogs are contributed by third parties. The opinions, facts and any media content in them are presented solely by the authors, and neither The Times of Israel nor its partners assume any responsibility for them. Please contact us in case of abuse. In case of abuse,
Report this post. 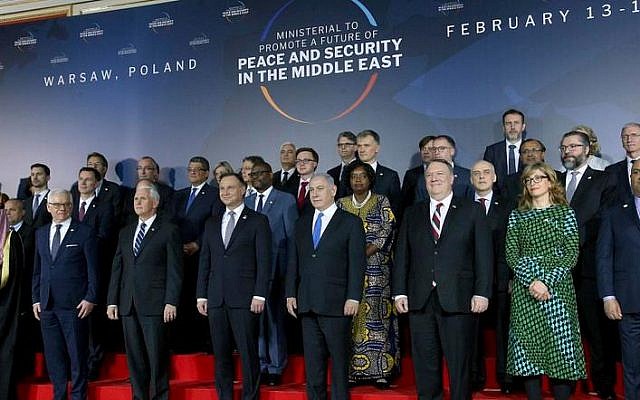 In a paper recently published by the Atlantic Council, researcher Natan Sachs shares a unique take on the future of Israeli regional policy. His argument: that in contrast to the Gurion administration’s practice of seeking to diplomatically align the newly-formed nation with peripheral non-Arab Muslim-majority states as a strategic counterweight to Anti-Zionist sentiment in the region, contemporary Israeli foreign policy now places an even greater emphasis on normalising relations with its neighbours in the Levant. In the country’s infancy, diplomatic outreach towards the (relatively) secular powers of Turkey, imperial Ethiopia and pre-revolutionary Iran was met with considerable reciprocity; after Israel gained control of the Sinai during the Yom Kippur war, a peace treaty (and full diplomatic relations) were established with Egypt. Relations were established with another Arab neighbour – Jordan – in 1994.

After the Shah was deposed in 1979, Tehrani policy towards most members of the Arab League became infused with an unprecedented, adversarial strand of thought. Rather than necessarily having its roots purely in Sunni-Shi’a sectarianism, this can be traced more to the anti-monarchist flavour of the Revolution. Ayatollah Khomeini, in one of his most pivotal addresses after the fall of the US-friendly government, declared that “the concept of monarchy totally contradicts Islam”; striking a fear into Middle-Eastern monocrats that would persist to this day.

Having been the second Muslim majority nation (after Turkey) to recognise Israel as a sovereign state – as early as 1950 – Iran severed all diplomatic ties with after the Revolution. In a show of pan-Islamic solidarity, Iranian financial support for anti-Zionist militant groups has been continuous – amongst them, Hezbollah and Hamas. With most of these groups clustered, naturally, in immediate neighbours, Israeli strategists are further hampered by the fact that Tehran holds considerable sway over Shiite minorities living in the ‘Shia Crescent;’ which also includes countries that border on Israel. As tensions build in the region, Netanyahu has repeatedly stated that he would not allow Iran to establish bases in Syria across the Golan Heights and is willing to take military action to prevent this happening. Words become actions Recent weeks have seen this promise doubled down on. Before boarding a flight to a Warsaw conference – in which the US, Israel and most Arab states are due to discuss security options for the region – Netanyahu not only confirmed that Israeli tanks have struck two Iranian targets in south-western Syria, but issued a statement that has been translated into English as calling for ‘war with Iran.’ Although the tweet was hastily deleted and the ambiguity of the equivalent Hebrew term (which translates more accurately to conflict or struggle) clarified, the resulting diplomatic fallout alarmed policymakers in both Tehran and Washington.

Putting the pieces together

Although Sachs’ comments have been suggested, in some form or another, by commentators since the signing of the Jordanian peace treaty, they have never been more germane than in the run-up to Warsaw. For perhaps the first time in history, Israeli and Arab security interests are in total alignment. This comes on the back of several milestone events in 2018, which signal a thawing in hostilities between the Jewish state and several of the more progressively-tilted Gulf nations. Despite sharing no formal diplomatic ties, the Sultan of Oman hosted Bibi and his wife in the capital, Muscat, in late 2018. Not long after, Israel’s Sports and Culture Minister (Miri Regev) attended an international judo competition in the UAE – and in an unprecedented event, the Israeli national anthem rung out on the Arabian Peninsula as a Jewish athlete took home gold. Perhaps even more tellingly, the Bahraini foreign minister (Khalid Al-Khalifa) came out in defence of Israeli airstrikes on Iranian ground targets across the Golan Heights in May – stating that, “as long as Iran continues the current status quo of its forces and rockets operating in the region, any country — including Israel — has the right to defend itself by eliminating the source of danger.” A bold statement (or a slip of the tongue maybe) considering the Bahraini government does not formally recognise Israel as a ‘country?’

All this looks set to change, and soon. The average Middle Eastern sultan has shown himself to be much more fearful of popular sovereignty or uprising than a successful Zionist state; if Israeli diplomats look to capitalise on these shared anxieties (and recent diplomatic successes) at the talks in Warsaw, peace treaties with some of these nations could form part of negotiations. In order to advance this position, however, it will be necessary to draw on the steps taken by Iran towards nuclear armament, the close link between Iran’s leaders and what they term their “35th province” (Syria), as well as latent anxieties over the considerable sway an armed Iranian state could have over Shiite minorities across the Gulf. This point is painfully relevant to Bahrain – a country which despite being constituted by a 62% Shia majority, is politically controlled by the Sunni royal family. Having already shown itself to be willing to justify Israel’s actions as a nation on the world stage, it is surely only a matter of time before this goodwill crystallises into an execution of formal recognition. Perhaps this could go some way to explaining Al-Khalifa’s comments, then; and even signal that another Arab nation is preparing to accept Israel’s place in the Middle East. With US leader Donald Trump deciding to abruptly withdraw American troops from Syria’s northern governorate and tensions between Iran and Israel showing no signs of detente, now is certainly the time for such an unlikely friendship to blossom.

About the Author
The author is an Australian law graduate and international relations researcher currently teaching in Tokyo, Japan. He has published a number of notable papers on international law and has considerable experience in Middle Eastern geopolitics (consolidated by work in the local consulate to Afghanistan).
Comments