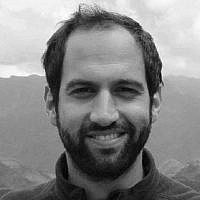 The Blogs
Ilan Zalayat
Middle East analyst
Apply for a Blog
Please note that the posts on The Blogs are contributed by third parties. The opinions, facts and any media content in them are presented solely by the authors, and neither The Times of Israel nor its partners assume any responsibility for them. Please contact us in case of abuse. In case of abuse,
Report this post.

Israeli security officials have shown much optimism last week in declaring the identification of a “significant pullout” of Iran’s military troops and arms from Syria, for the first time since entering the country. This claim is very reasonable, first since the fighting in Syria is been substantially reducing following the success of the government forces of President Bashar al-Assad’s to take over the last of the opposition’s strongholds. Also, the damage that the U.S. sanctions, the COVID-19 outbreak, and the oil crisis have inflicted on Iran’s economy, the consistent Israeli airstrikes on its assets in Syria, and the vacuum that was left following the death of the Iranian expansion’s architect Qasem Soleimani, may all have contributed to the reported withdrawal of Tehran, somewhat refuting the fears that Iran will turn Syria into its military outpost. But this discussion is missing the point that Iran had already moved from its military intervention in Syria to a new phase, which is to win the hearts and minds of the people of the war-wreaked country.

Funeral of Hezbollah militant who died in Syria (source: AFP)

Under the radar, Iran is capitalizing on the unraveling of Syria’s social fabric and instilling its political perceptions into local communities, presumably in the hope that it will lead those to foster sincere support for the Iranian hegemonic ambitions for their country (rather than mere political interest, as in the case of the Syrian Government over the past decades). Since the end of the decisive battles in Syria’s western fronts and the collapse of the Islamic State organization in the eastern desert in 2016–2017, Iran’s Islamic Revolutionary Guard Corps and the Iranian-backed militias (Hezbollah, and Iraqi, Afghan and Pakistani groups) have increasingly become involved in the social, educational and religious spheres within the territories that they are being stationed in. This includes putting together charitable welfare services that provide essentials for domestic underserved communities, particularly those whose infrastructures have been impaired during the war. Tehran is filling the social and economic void left by the war, thereby playing the role of the white knight to the needy population.

Iranian attempts to garner such soft power influence are nothing new. Since the Iranian Revolution of 1979, this endeavor has appealed to Iraq, Lebanon, Yemen, and other countries, within which Iran has orchestrated the establishment of networks of charity, religion, culture, and educational institutions, which promote Iranian influence among their local audiences. Such influence – which relies on the inculcation of the idea that Iran carries the onus of the ‘resistance’ against the region’s enemies – is essential for the Islamic republic for realizing its aspirations of regional hegemony as an offsetting for the lack of sufficient Iranian hard power to gain it. In fact, Hezbollah itself owes much of its widespread popularity within Lebanon to the social services and welfare it has provided across the country.

To understand how Iran’s aspirations for Syria are stretching far beyond the ongoing war, it is enough to look at the considerable resources being invested in the indoctrination of future generations of Syria: In a series of memorandums, the governments in Tehran and Damascus have agreed to send schoolteacher and student delegates from Syria to Iran for training in the Ayatollahs’ educational system. Furthermore, brand new schools operated by Iranian teaching cadres (whose curriculum even includes Persian language classes), and so-called ‘Iranian cultural centers’ are mushrooming throughout Syria, offering educational opportunities that are often otherwise absent, and sometimes granting scholarships for academic studies in Iran. On top of this, several Iranian universities have announced that they will set up campuses in Syria’s major cities: among these, it is worth noting the Islamic Azad University, whose extant campuses in Lebanon and Iraq were described by the Iranian Supreme Leader’s close advisor Ali Akbar Velayati as necessary to “train the next generation of resistance”.

One aspect of Iran’s approach to the civil populace in Syria that underscores its role as complementary to the Iranian military operations, is its intriguing focus on the eastern-most, ill-populated Deir Al-Zour Province, far from Syria’s political and economic epicenter. The remote localities along the Euphrates River, which for several years have been caught in the crossfires of the campaign against the Islamic State, are run nowadays by the Iranian-backed militants. These often conditioning the restoration of domestic infrastructures, or the provision of benefits such as free movement through checkpoints, in that the local residents would accept the teaching of Shi’ite Islam – as practiced in Iran – rather than Sunni Islam, to which the local tribesmen are traditionally devoted. Hence, some Sunni mosques and shrines that had been damaged in the previous years’ combats were converted amid their refurbishment into Shi’ite ones. One can guess that the interest of the Iranians in developing a religious bond with this region stems from its location on the border with Iraq, occupying Iran’s “land bridge”, through which it is transferring arms and goods toward Damascus and from there to Lebanon. The gravitation of the local population toward Iran could underpin this military route with a durable popular affection.

Ultimately, the precise size and deployment of forces and hardware under Iranian command in Syria surely have tactical importance, but their endurance in the long term is unclear, considering the frequent international and regional developments. But the Iranian civil assimilation throughout Syria is not less ominous: While military infrastructures can be marked and precisely countered, a well-rooted public opinion that derives from a strong ideology is much harder to reverse – as we have often learned in the Middle East. Hence, Syria watchers who are accounting for the movements of the Iranian troops should also give attention to the textbooks and the preachers’ pulpits across the country.

About the Author
Ilan Zalayat is a Middle East analyst, whose research focus is the Iranian-led regional axis, and the Gulf States.
Related Topics
Related Posts
Comments