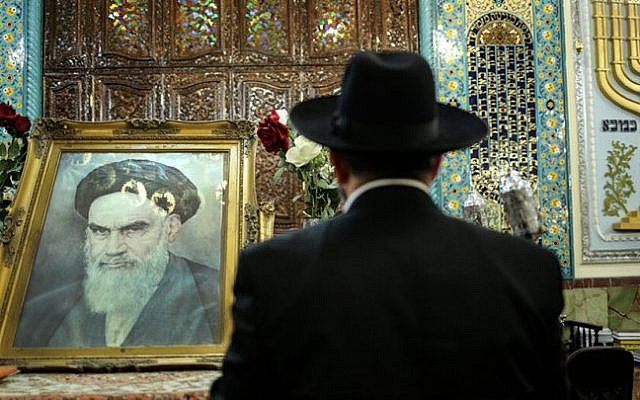 Since 1979, the Iranian regime has been ruling Iran by Shiite Islamic Sharia laws. As a result of these Sharia laws, non-Muslims can be subjected to mass punishment and exile, even in their own lands which have fallen under Islamic rule. Under the current Iranian regime’s constitution non-Muslims are identified as different “nations” even if they live within the boundaries of Iran. While the constitution does recognize some individuals as second or third-class residents, there are also many “unrecognized” minorities in the document, referring to non-Muslims who do not have any human, legal or civil rights at all. According to these laws, non-Muslims are all “infidels” who are either the “tolerated infidels” with limited rights, or “enemy infidels” with no rights. Jews, traditional Christians such as Armenians, Chaldeans and Assyrians, as well as Zoroastrians, are considered as recognized minorities or tolerated infidels. However religious minorities who are Bahais’, Buddhists, Hindus, or atheists are unrecognized minorities with no rights.

Muslims who have converted to Christianity are considered as apostates and face the threat of the death penalty if they are discovered to have left the Islamic faith by the Iranian regime. While one may argue that the Iranian regime affords a limited number of minorities such as Jews, Christians and Zoroastrians some protection under the law, this is inaccurate because Iranian judges are allowed to directly rule on the validity of any law in the country based on the random authoritarian edicts of major Shiite Mullahs whenever the actual laws are deemed inadequate or “un-Islamic”. This factor, in essence, means even recognized religious minorities have no rights at all, including the right to life, marriage, education, work or even burial in “Islamic land” if an Iranian judge or mullahs randomly considers the law or situation to be “un-Islamic”.

Perhaps one of the worst discriminatory aspects of the Iranian regime’s jurisprudence is its asinine constitution when it comes to the country’s religious minorities. Sadly in the constitution, every time a certain right is expressly given to “Muslims” as it pertains to civil and criminal laws, it clearly means that those rights are being withheld from the country’s religious minorities. The following are just a few of the major discriminatory aspects of the Iranian regime’s constitution with regards to non-Muslims living in the country:

Any normal human being with even half a brain who is exposed to the countless bias laws of the radical Islamic regime in Iran would very easily determine that the Iranian regime is nothing more than a totalitarian, repressive and very violent regime not only towards its religious minorities but even its own Muslim majority citizenry. The preposterous comments by the Iranian regime’s stooges and apologists about how life is  supposedly “safe and great” for Jews, Christians and other religious minorities must be ignored and refuted by all freedom loving people. Just examining the Iranian regime’s bias and radical Shiite Islamic jurisprudence reveals that the regime does not provide any equality under the law to all of its non-Muslim citizens. Such a regime and its supporters should be shunned by the international community and by all democratic societies who value freedom of religion and equality.