Back in May, this author penned an article that outlines China’s core interests in sustaining Assad, and preventing Syria from becoming a new Pakistani FATA exporting anti-Chinese jihadists to attack Xinjiang.

Since 2012 the Chinese military has been increasingly alarmed by blowback from droves of Chinese Uyghur militants joining Syrian jihad,  especially its arch enemy Turkistan Islamic Party (TIP) that is now part of the Turkey/Saudi/Qatar backed Army of Conquest attempting to topple Assad, before turning to overthrow the Chinese Communist regime and liberate Xinjiang as “East Turkestan.”

Blinded by obsession in Assad removal rather than combating ISIS, Turkey has ignored China’s repeated warnings regarding its complicity in allowing the use of fake Turkish passports to recruit Chinese fighters for ISIS and other extremists groups in Syria and Iraq.

Now with the Army of Conquest gaining ground against the Assad regime, it appears imminent that Assad may fall and al Nusra/Salafi jihadists will reign in Damascus.

Jihadi fighters from Russia’s Chechnya, China’s Xinjiang, and India’s Kashmir that comprise the anti-Assad force, will then turn their eyes toward the home front to continue jihad, supported by a new and well-resourced Syrian operating base in the heart of the Middle East.

What would China, Russia, and India do?

Perhaps, they may not wait for that to happen, and would rather take preventive measures.

In the upcoming July summit in Ufa, Russia, the Shanghai Cooperation Organization (SCO), a Eurasian security bloc with a mandate to combat the three evils of “extremism, terrorism, and separatism,” is expected to admit India and Pakistan as full members, with Iran following suit if UN sanctions were lifted.

Possessing nearly half of the world’s population, this “NATO of the East” is rapidly morphing into a formidable bloc of energy producing, consuming, and transit countries with four nuclear powers of China, Russia, India and Pakistan. China’s grand strategy of a Silk Road Economic Belt is further promoting Eurasian regional integration as well as deepening military cooperation.

With new nationalistic leaders of Putin, Xi and Modi at the helm, Moscow, Beijing and Delhi are setting aside their strategic rivalry in the Eurasia heartland. and in May announced they would conduct their first joint counter-terror exercise later in the year—united by the common threat of ISIS and radical Islam destabilizing their homeland.

During the same month China and Russia also conducted “Joint Sea 2015” naval war games off the Syrian Coast, immediately followed in June by Egypt and Russia’s “Friendship Bridge 2015” naval exercise near Egypt’s Port of Alexandria, where Russia is eyeing to establish a new naval base.

Back in January, there had been debates for bringing Syria into the SCO fold to counter NATO/Western-backed schemes of replacing Assad with Salafists, and prevent a potential Islamist Damascus to export extremism and radicalize these Eurasian states large domestic Sunni Muslim population.

In a July 2014 summit in Tashkent, China-led SCO also considered merging with the Russian-led military alliance of Collective Security Treaty Organization (CSTO), since most of their members overlap. From 2012-2015, Iran, Egypt and India held talks with CSTO on observer status and possible membership, with Iran currently having the status of a candidate country.

With ISIS’s rapid expansion and aspirations to conquer SCO territory, along with NATO member Turkey and Arab Gulf states’ backing of al Qaeda and Salafi jihadists, this may become the hook in the jaw of Eurasian powers and lead them to the frontline of battle against radical Islam in Syria and Iraq. 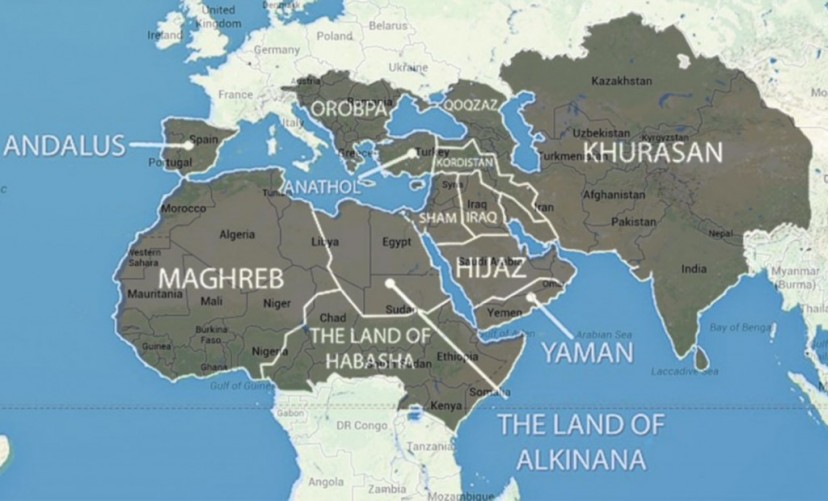 While SCO has hitherto been an internal collective security bloc and not a collective defense alliance targeted at external threats, given the evils of “terrorism, extremism and separatism” are increasingly emanating from outside their territory, SCO is now looking outward.

Should SCO and CSTO merge to become a Eurasia military alliance to combat terrorism, could they eventually provide boots on the ground to Syria and Iraq?

In 2012 there were rumors that China, Russia, Iran and Syria were planning a large-scale war game involving 90,000 troops. If Iran and Syria both join the SCO fold, perhaps this exercise may come to pass as the new SCO Peace Mission 2016.

China fought Turkey in the Korean War from 1950-1953 when Beijing’s redlines were crossed. One ponders if Turkey using Syria to recruit Uyghurs and spur Xinjiang separatism would provoke the Chinese dragon once more.

Moreover, if Iran joins a collective military alliance, this may also foreclose future US and Israeli military option against its illicit nuclear program.

Perhaps, US and NATO would do well to advise its Turkey and Arab Gulf allies to stand down on this jihadi Army of Conquest and focus on combating ISIS, rather than sabotaging the US-led anti-ISIS coalition and provoke Eurasian nuclear states to escalate a counter-terror operation into a great war among superpowers.