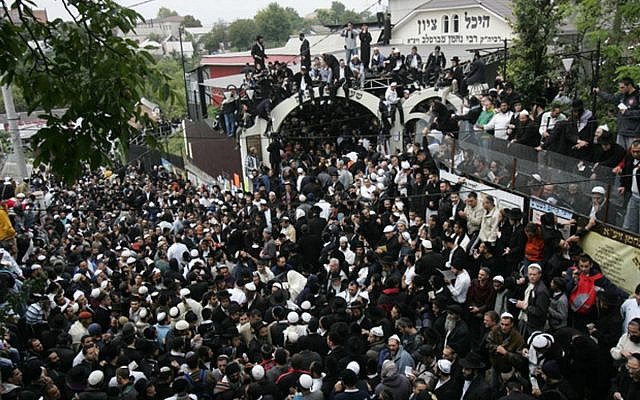 Remember when you were a kid and you wanted to do something fun, but risky. You made up all sorts of rationale to convince your parents to overlook the dangers. Such is the way of children.

Now comes upon us the Charedim who are insistent on visiting Uman during the midst of the raging CoVid pandemic. They are intent on allowing 80 some odd chartered flights to ferry perhaps 30,000 of their followers (the normal load during a Umani pilgrimage is 30,000 to 50,000) to visit the grave of Rabbi Nachman of Bratzlav. Should the initiative be quashed by Gamzu, who seems to be the only responsible adult in the room, this is supposed to cost the organizers some 21 million dollars. Apparently, they aren’t happy. Also apparently, they have clout. Same with Chassidic would-be pilgrims and their leaders. Yesterday, Miki Zohar, a Netanyahu ally, was quoted as saying the pilgrimage will happen whether Mar Gamzu wants it or not.

Now, reportedly, the Umanis aren’t thrilled about the onslaught of Israeli visitors. As of July 14, the Umani mayor, Oleksander Tsebriy, was intent on banning the pilgrimage, claiming that he is ready to block the roads so as not to allow the Hassidic pilgrims.  That, of course, wouldn’t stop Israelis, although initial reports appeared to limit the excursion to 5000 participants, at least as of three weeks ago. But now it seems there is a move for unrestricted access.  A counter-move to shut the skies is attributed to Netanyahu – who denies it. But in Israel, as we all know, the real answer won’t be obvious until the letzte minute.

But lest there be any doubt about the Ukrainian position – or the independence of its position apart from allegations of Mar Gamzu’s intervention, as of August 17 the Ukrainians were dead set against it. All this transpired weeks before the matter got politicized and Gamzu’s neck was dangled through a noose. The Ukrainians presumably don’t like the idea of welcoming visitors from Israel, with its high incidence of cases and deaths, worried we might transport infections to their little town. Alas, we and the rest of the Jewish world might want to worry that Israeli pilgrims might bring home the disease from exposure there. As of July 13, 2020, the Ukraine had 54,133 CoVid cases and almost 1400 deaths. As of August 26, the numbers had mushroomed, with more than 106,000 cases and 2300 deaths, about three times the Israeli death count.

Now let’s go back a couple of steps — or months. At the outset of this pandemic, Israel did brilliantly. Why? Because we closed our borders and stopped incoming air travel. And now, let’s flash forward. What happens if we let our compadres go to Uman, holed up in tight dormitory-like quarters (pictures are available on U-tube) for a week of intense and vocal praying and chanting, communal eating and singing? People get sick, that’s what happens. And they bring the disease back home. In fact, epidemiological reports indicate that almost one quarter of all transmission occurs in synagogues. And then we Israelis transport the disease to Jewish enclaves in the US and UK – where people will get sick in synagogues over Succot.

That’s exactly what happened with the 2018-2019 measles pandemic. The US had its worst experience of measles in twenty years; 86% of the 1249 American cases were traceable to Rockland County and Brooklyn. There, the epidemic was seeded — in a Sqverer shul on Simchat Torah and a Satmar yeshiva in Williamsburg the next day. The index cases all were exposed in Israel. And the Israelis were exposed in Uman – over Rosh Hashana. By October, there were 949 cases of Measles in Israel. By May, there were 4300 cases in Israel, and three deaths. Most of these can be traced to exposure in Uman, at least indirectly.

Apparently, the quarantine hotels are closing. Hence, the talk of allowing mass prayer exercises in Uman without requiring enforced quarantine on return seems irresponsible at best (especially since similar prayer groups meetings will be banned here). Alas, Mar Gamzu- your opponents aren’t LeTova. And while the Hassidic community may be willing to assume the risk of Israeli infection, the inevitable resurgence that will follow in Jewish communities outside of Israel as a consequence of Succot travel makes me cringe.

As if that weren’t enough, poor Mar Gamzu has to tackle the 16,000 yeshiva students due to arrive in the fall. We aren’t told if they will be tested before embarking, or afterwards – or at all. We do know that testing kits are in short supply these days. Laniado Hospital is reporting that their usual daily allotment of tests has been halved. Past experience indicates that even those who test positive prior to boarding are allowed to continue their journey. Again, will mandatory quarantine be required? Will it be enforced? Over Yom Tov? You’ve got to be kidding.

Based on anecdotal evidence, it seems that transmission in dormitory-type exposures (young folks sleeping in close quarters) is among the most insidious. Last week, the University of North Carolina was forced to abruptly close the school when clusters of CoVid were reported in three dorms. The issue is serious enough that in June New York State issued a Health Directive banning overnight summer camps. That, of course, did not stop the Association of Jewish Camp Owners from contesting the Health Department order in court. The owners claimed that they could assure the campers would be very safe. The Health Authorities didn’t agree. So, the Jewish Camp Owners claimed religious discrimination and threatened civil disobedience if they didn’t get their way. They didn’t. The court said that just because secular camps heeded the Health directives and closed voluntarily, and only the Jewish camp operators contested the order – that didn’t turn the matter into a case of religious discrimination — and tossed their case.  (But it was a nice chutzpadik argument, no?).

Did the court ruling stop the camp operators? No way. Did the ruling stop the Jewish kids from going to camp? Nah. My sources told me they just went to camps in Pennsylvania. And got sick there. And then imported CoVid back home to New York. And a few kids exposed a few more kids once they got home. And in short order, Lawrence, Long Island registered the second highest CoVid attack rate in Nassau County. All from an overnight camp in Pennsylvania. 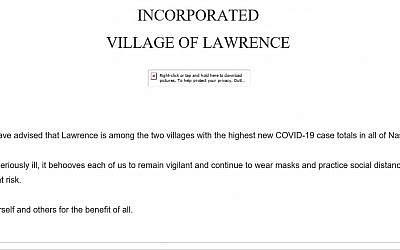 Now, of all those tested in Israel of late, some 6% are testing positive. Applying that to the anticipated influx of 16,000 yeshiva students, we can expect 960 kids to be infected. Let’s be excessively conservative and say that only a small fraction of the projected rate, let’s say half the expected number, will be CoVid carriers. That means we have just knowingly imported about 500 CoVid cases into the country. Who then will infect others. And on and on. And that means that some Israelis who are infected by these incoming visitors will die.

In the next few weeks, Rosh Hashana will be upon us. Rabbinical authorities from all shades of the religious spectrum are preaching the importance of mitzvot between one person and another. Allowing or fostering coVid transmission is the ultimate crime, both against Gd and against humanity. For the government to not only allow, but to foster, two instances of community-wide transmission, defies logic. If we really care about each other, we should do what we can to stop these exercises in inhumane behavior. These are not merely political squabbles. These are matters of who will live and who will die.