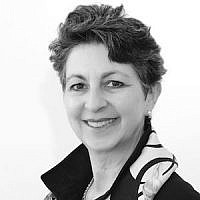 The Blogs
Deidre Berger
Apply for a Blog
Advertisement
Please note that the posts on The Blogs are contributed by third parties. The opinions, facts and any media content in them are presented solely by the authors, and neither The Times of Israel nor its partners assume any responsibility for them. Please contact us in case of abuse. In case of abuse,
Report this post.

In the past three years barbaric anti-Semitic attacks have taken place in Europe— in Toulouse, Burgas, Brussels, Paris, and now Copenhagen. Is it just a matter of time before there is an attack in a German city?

That there have so far been no terrorist attacks in Germany is due less to lack of trying than to intelligence information that prevented planned attacks. Let us not fool ourselves: anti-Semitic incidents occur every day in Germany, on the streets, in schoolyards, in train stations, on the soccer field, and throughout social media. In Germany alone there are dozens of trained jihadists who have returned from Syria, seeking fresh targets.

That is why the statement of Chancellor Merkel following the most recent attack on a Copenhagen synagogue, emphasizing Germany’s strong commitment to security for the Jewish community, was important. Like Jews elsewhere in Europe, Jews in Germany are beginning to question whether there is adequate security for them to live freely as Jews.

For now, the answer is yes. Zentralrat President Josef Schuster rebuffed calls from Israeli Prime Minister Benjamin Netanyahu for mass Jewish immigration from Europe to Israel, stating that he sees absolutely no grounds for Jews to leave Germany for security reasons. Federal press spokesperson Stefan Seibert said that the government “wishes to undertake everything in its power to ensure that Jewish life can continue to develop here.”

Nevertheless, this is no reason for Jews in Germany to feel complacent.

Mr. Schuster rightly called for a review of current security measures, as the spreading Islamic terrorism in Europe targets Jews and Jewish life as high priority goals. However, the safety of Germany’s Jewish community cannot rest on law enforcement measures alone. In democratic Germany, Jews are only secure when the broader society sees anti-Semitism as an attack on democracy. Make no mistake about it:perpetrators of anti-Semitic attacks view Jews as the embodiment of the liberal, democratic values they are trying to destroy.

There must be a broad consensus that Jewish security is a challenge for the entire society. It’s not just armed guards, but everyday citizens who are responsible for Jewish security, contributing to a safe environment through alertness and engagement. Only by means of widespread vigilance and the engagement of all citizens can a secure environment be achieved. People must refuse to turn a blind eye to anti-Semitism.

In addition to law enforcement we need educational and public awareness campaigns about Jewish life, culture, history and religion. As it is now, school children study the horrors of the Holocaust, but all too often learn little about the role of Jews and Jewish life in German history.

The place to start is that Jews have been intertwined with German history since their arrival with the Romans in the 3rd century.Jewish life was vibrant in all parts of Germany, even in small towns, until the Holocaust. German-Jewish citizens made major contributions to German literature, music, art, philosophy, architecture, business, medicine, media, and politics.

And how much longer might the list have been if Germany had not embarked on the extermination of German and European Jewry?For this reason, Chancellor Merkel’s spokesperson Stefan Seibert calls it a “gift” that there is again a Jewish community of more than 100,000 registered members.

There are still far too few German Jews to enable a lively German-Jewish dialogue that could enable all Germans to meet Jews personally and get to know more about Jewish life.Flourishing German-Israeli relations in sectors ranging from tourism to culture, academics, and business augment the exchange, allowing more Germans to learn about Jewish life, culture, and the modern state of Israel.

Jews and Jewish life are integral to Germany. What country knows better than Germany the danger of marginalizing, discriminating against, and persecuting its Jewish citizens? Anti-Semitism played a central role in the collapse of democracy in the early 1930s.

Today, Germany and Europe must do everything possible to uphold the democratic order so as to ensure that there is zero tolerance for anti-Semitism. Law enforcement authorities should not trivialize attacks on synagogues, like the one in Wuppertal last summer, as an alleged expression of criticism of Israel rather than the anti-Semitic attack that it was.

Indeed, where was the outcry against the wave of anti-Semitic attacks on German streets last summer?A paltry six to eight thousand people, mostly from the Jewish community, gathered at a rally at Brandenburg Gate to hear Chancellor Merkel last fall. While three million marched on the streets of Paris following the attack on French journalists at Charlie Hebdo magazine, there was little mention of the parallel anti-Semitic attack on a kosher supermarket in Paris.

Neither the German parliament nor the European Parliament has launched a discussion of the situation of Jews in the wake of traumatizing terror attacks on Jewish citizens in the heart of Europe. There have been no action plans or task forces constituted to develop comprehensive security plans to ensure the vitality and permanence of Jewish life in Europe. The German government still has no special government coordinator or representative to coordinate the inter-governmental fight against anti-Semitism. True enough, a second government commission has been set up to investigate anti-Semitism; however, none of its members are Jewish, and it will focus rather narrowly on academic debates rather than pressing security issues. Meanwhile, no one in government or parliament feels responsible for instituting at least some of the now three-year-old recommendations of the first commission.

A democracy is only as strong as the weakest of its links, and European Jewry at the moment is vulnerable. If Germany and Europe want to avert a shrinking of its Jewish population, it is time for coordinated measures to fight anti-Semitism to be placed at the top of the political agenda, and for civil society to do all in its power to ensure that Jewish life in Germany is not in danger.