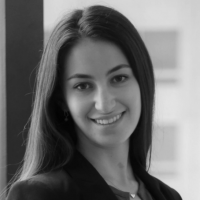 The Blogs
Batsheva Labowe-Stoll
Apply for a Blog
Please note that the posts on The Blogs are contributed by third parties. The opinions, facts and any media content in them are presented solely by the authors, and neither The Times of Israel nor its partners assume any responsibility for them. Please contact us in case of abuse. In case of abuse,
Report this post.

In the last two months, we have seen Iran escalate violence across the Middle East. Recent attacks in Iraq and Saudi Arabia could be viewed as Tehran and its proxies testing the Biden administration and determining how far the new president will go to deter Iran. Every transition of power in the United States administration brings with it a new Middle East policy agenda. Some presidents have created power vacuums by removing troops and influence, while others have strengthened the US stronghold over the region.

In early February, the Biden administration made concessions to Iran including delisting the Houthi rebels from the foreign terrorist list and freezing support for specific Saudi offensive operations in Yemen. Biden most likely intended these actions as a show of good faith to Iran.

However, on March 7, Saudi Arabia reported an attack on a vital crude oil facility. The Saudi Energy Minister stated a drone struck a storage tank in the Ras Tanura export terminal on the Gulf coast. Yemen’s Houthi rebels immediately claimed responsibility for the attack although Riyadh made clear they believe Iran was behind the drone strike.

The Saudi-led coalition further stated they believe the recent decision by the Biden administration to remove the Houthi rebels as a foreign terrorist organization may have triggered the rise in attacks. This removal of the terrorist designation could have empowered the Houthis to display increased aggression against Saudi Arabia. Biden’s strategy of appeasement and diplomacy may not have gone as planned.

Tim Lenderking, long-time foreign policy expert and set to be on the first US envoy to Yemen in six years, claims the decision to redesignate the Houthis represents a continued diplomatic approach to end fighting in Yemen. He also claimed that a “sound plan” has been presented to the Houthis in an effort to move towards negotiations.

Yet this tactic might have produced the opposite effect and could fuel further violence in the Yemen war. Just a few days ago, on March 15, the Houthis fired ballistic missiles that hit uninhabited land in Saudi Arabia.

Iran has also shown an escalation of violence elsewhere in the region. On February 15, an Iranian rocket hit an airport in northern Iraq killing a civilian contractor who was with the American-led military coalition and wounding a U.S. service member. The US responded with airstrikes in Syria on March 3rd. The following day Iran retaliated and struck the Ayn Al Asad airbase in Iraq where US forces are stationed.

We have yet to see the Biden administration’s full strategy in the Middle East unfold and Iran is surely keen to find out. Furthermore, Iran has yet to exact their revenge against President Trump’s assassination of one of its top leaders, Qassem Soleimani. Perhaps these escalations across the region are a test of how far they can go before the US steps in.

It is clear that long-term Biden would like to take a diplomatic route — Biden’s administration members have mentioned an interest and intention to return to the Iran deal. Whether or not this diplomacy is fully realized will depend on his flexibility and tolerance regarding Iranian aggression.

About the Author
Batsheva studied Middle East politics at her undergraduate university and has worked in foreign policy spaces in Washington, DC. She is now pursuing a career in international law.
Related Topics
Related Posts
Comments