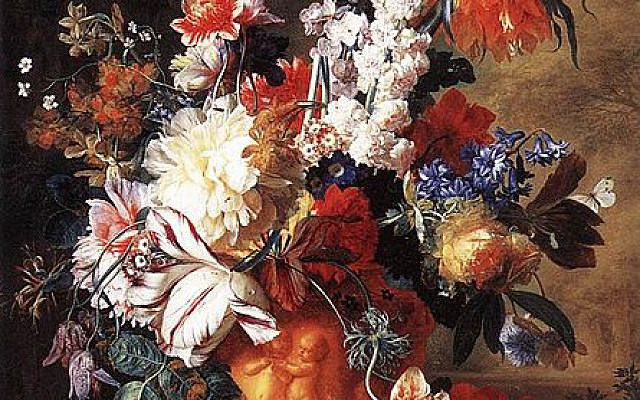 Remember us for life,

Sovereign who delights in life,
And inscribe us in the Book of Life,
For Your sake, God of life.
(Prayer for life, recited many times on Rosh Hashanah and Yom Kippur
Translation from Mahzor Lev Shalem)

Is Judaism a religion that cherishes and values life? Or has it become—for some Jews—a cult of disease and death?

This question has been on my mind during Rosh Hashanah and Yom Kippur here in Israel. As the number of new cases – especially serious illnesses and deaths –continued to rise during our High Holiday season, I have been alarmed and shocked that too many Jews appear to have lost their reverence for life. Paradoxically, this has been especially true among God-fearing and observant Jews in ultra-orthodox neighborhoods in Jerusalem, the city which I love and have lived in for the last 41 years (as well as in similar neighborhoods in New York City, my second home).

According to Amos Harel of HaAretz— a very respected columnist who has been writing about the virus in Israel thoroughly and seriously during the past several months — there has been a serious rise of coronavirus illness in the ultra-orthodox communities in Israel. As of last Friday, September 27th,  the authorities in Israel reported 2, 692 new carriers of the disease, which was one third of all he cases in Israel and double the proportion of Haredim (ultra-Orthodox Jews) among the citizens of Israel. In addition, more than 50% of the people who are currently in overflowing Jerusalem hospitals are from these communities!

How did this happen?  How did some Jews change Judaism from a life-affirming religion to one that by their beliefs and behaviors increases greatly their likelihood of getting sick and even dying by praying indoors in large crowds this year?

While most Modern Orthodox, Reform, Reconstructionist, Conservative, Renewal, Secular, Cultural and other Jews—and many ultra-orthodox Jews— have prayed outside on Yom Kippur this year, many (thousands!!)of Haredim have prayed indoors, causing illness and death to themselves and the members of their families and communities, and causing harm to public health in Israel, by flooding our hospitals with more and more seriously ill people. Why? Why did they feel that praying with all their heart and soul inside this year was so important during the corona pandemic despite warnings by many prominent rabbinical authorities in Israel?

I readily admit that I don’t understand this. I am perplexed and confused, as a modern rational 21st century Jew. So, I asked my long-time friend and eminent sociologist of contemporary Jewry, who has studied orthodox and ultra-orthodox Jewish communities for decades, Professor Sam Heilman, to explain this to me and this is what he told me:

They believe deeply and sincerely that they are doing God’s will and therefore if they act exactly as He instructed them all will be well. I cannot imagine that the instructions of unbelievers would be superior and correct if they contradict what they believe to be God’s will. Only if the particular rabbis they respect change the instructions will they change. But they will have to believe those instructions to be genuinely felt and not pro forma or imposed by political forces.

What lies behind this response are two critical factors. Firstly, among the ultra-orthodox Jews—including their rabbinical leaders—there is deep distrust of secular political leaders whom they regard as “unbelievers.”  Indeed, some of them reject many of the major institutions of the state—the courts, the army, the press, the government—and don’t pay them much attention.

It was very important that some prominent rabbis from the ultra-orthodox community did speak up before Yom Kippur, encouraging their followers to pray outdoors, even though the special restrictions permitted them to pray inside. This was a disastrous political compromise between PM Netanyahu and some of the ultra-orthodox political leaders such as Rabbi Aryeh Deri (former imprisoned criminal and now once again Minister of the Interior). It would have been much better if all ultra-orthodox rabbis had realized the meaning of their own prayers, by announcing that praying outside in small groups or in your home privately was the only responsible Jewish thing to do on Yom Kippur.  In so doing, they would have not just prayed for life, but they would have acted for health and for life!

Secondly, in the background, there is the rejection of science, which is part of their rejection of modernity, which can be found among many (not all) of these ultra-orthodox religious leaders. Most of their rabbis have never studied any kind of science! In contrast to Modern Orthodox rabbis—who have studied science and Judaism, whether at Bar Ilan University outside of Tel Aviv or Yeshiva University in New York, or at other universities– many ultra-orthodox rabbis believe that all knowledge is to be found in the Torah and in Jewish Law, and therefore scientific  and secular warnings of the dangers of indoor prayer either were not heard at all or fell on deaf ears.

And now we are approaching more Jewish holidays, with the worry of more overcrowding in small sukkot and on the holiday of Simchat Torah, when we would usually rejoice by singing and dancing with Torah scrolls inside synagogues. This year this will be forbidden in Israel. But will the law be enforced? Or will many ultra-orthodox Jews do it anyway, believing that this is what God commands them to do, despite the restrictions of the secular government and the dire warnings of our Health officials.

What can be done to prevent the continuation of this disaster?

Here are a few thoughts:

Yesterday, near the end of the Neilah service at the close of Yom Kippur, we prayed these words:

And seal all the people of Your Covenant for a good life.

I would hope that ultra-Orthodox Jewish leaders and their followers—in Israel and all over the world, including in neighborhoods in New York City where the virus is being spread again in synagogues– will take this verse to heart, as we advance to the last set of Jewish celebrations, Sukkot and Simchat Torah, of this holiday season. All those who want to pray on these holidays must do so in their homes or outside—not only because the government mandates it for the public health of all of its citizens but because Judaism is a religion that sanctifies and cherishes life.