The Blogs
David E. Bernstein
Apply for a Blog
Advertisement
Please note that the posts on The Blogs are contributed by third parties. The opinions, facts and any media content in them are presented solely by the authors, and neither The Times of Israel nor its partners assume any responsibility for them. Please contact us in case of abuse. In case of abuse,
Report this post. 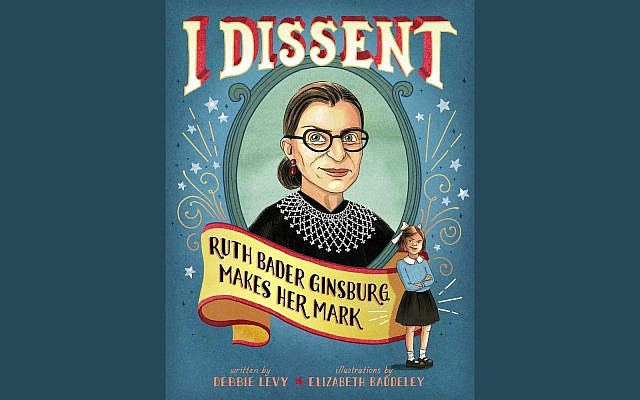 I grew up in a moderately observant Conservative Jewish household but attended mostly Orthodox Jewish day schools. Orthodoxy did not appeal to me and did not take, but a strong attachment to Judaism and the Jewish people did.

So I’m now a middle-aged adult, a member of a Conservative congregation, with two kids in a local Jewish day school. And I fear for the future of the non-Orthodox American Jewish world.

I could explain this fear by talking about theology, sociology, generational trends, learned academic studies, and more. Instead, I will talk about an email I just received from PJ Library:

“Your tween Benjamin recently received a book* about Ruth Bader Ginsburg from PJ Library or PJ Our Way. We’re excited to host an event for tweens to chat about these books and channel their inspiration into action!

PJ Library is an innovative nationwide program to reach Jewish families outside the context of synagogues, JCCs, etc., by sending Jewish-themed books directly to Jewish households. It’s a wonderful organization, and my family has benefitted from the books they send (and I’ve in turn donated).

But what does it tell us about the state of non-Orthodox Judaism in the U.S. that a rare “get-together” event for tweens is based on holding up the late Justice Ruth Bader Ginsburg as a role model?

Though my politics often differed from hers, I have nothing against RBG. She was a pioneering lawyer for women’s rights, a distinguished jurist, and by all accounts a lovely person.

But the point of PJ Library is to get families interested in Judaism and Jewish life. RBG was certainly Jewish. But she had little connection with the Jewish community or religious life in her adulthood. I understand she would make a brief cameo at Yom Kippur services annually at a DC synagogue.

That doesn’t make her a bad person. But between that and the fact that nothing in her jurisprudence or career seems to have been inspired by specifically Jewish teachings or knowledge, she is simply ill-suited to serve as Jewish role model for an organization that is devoted to encouraging families to be “more Jewish.”

Put another way, if PJ Library inspired all its readers to grow up to be just like RBG, there would be no non-Orthodox American Jewish community to speak of in a generation or two.

So why highlight RBG, and her advocacy of liberal causes (“social justice”)? The answer, I believe, is that the folks at PJ Library know that what animates many non-Orthodox Jewish families is not Judaism, but “social justice.” So hoping to entice people to a Jewish event this way is to make it a social justice event.

For that matter, there are quite a few people who conflate Judaism with progressive social justice ideology, which is itself a problem. Some of them may even work at PJ Library.

In fact, Judaism doesn’t dictate a particular political ideology in the 21st century American political context; you can be a good Jew if you are very liberal, very conservative, or anything in between. Just as important, there is no need to observe Judaism or be involved in the Jewish community if one’s priority is to emulate RBG’s political/ideological activism (or her friend Antonin Scalia’s for that matter).

If the best our community can do to try to interest people in Jewish life is to promote famous-Jews-who-were-liberal-but-did-not-live-especially-Jewish-lives, then perhaps my concern for the non-Orthodox Jewish future is not misplaced.