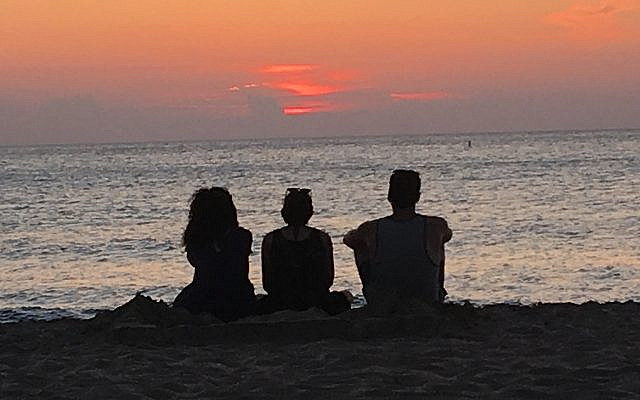 Sunset-sunrise (photo by the author)

The summer clock has moved forward as we move into Shabbat and toward Pesach.  I have already started my reclining and reflect on a book from my distant past,  Escape from Freedom by Erich Fromm, where Fromm reveals the damaging power of habit. Without knowing, we sacrifice personal freedom to those who we perceive as more powerful than ourselves.  Freedom can also be relinquished by other habits such as drugs, sex, overeating, etc. Though those same habits can have impact on full communities, there is nothing more addictive than sacrificing our freedom to “great” leaders who we perceive may rescue us from our own powerlessness.  Of course there are those who choose to fight, even if their actions seem pointless. Do all the Balfour demonstrators stand week after week knowing that what they do may not be able to stem the rising tide?  Do their cries of protest merely fade away into the night air like mist?  Do artists who find the courage to continue creating during a pandemic feel powerless knowing that others cannot/will not hear or see the fruits of their creation? Do small business owners have the strength to lick their wounds after many months of hiatus to return to reasonable profits, knowing that they may still eventually go bankrupt?  And how about the current state of hospitals, where greed and apathy of current leaders have left many of those institutions with depleted resources?  What of the doctors and nurses who spend long nights caring for others (when some are saved and others not)?  Ultimately how can Passover renew our faith in freedom, bubbling with actions which our inner voices tell us we must do, when, after four elections,  we as a country are still frozen in doldrums (not the exotic kind when tropical winds eventually return and, like a magic carpet, transport us to our next ethereal island of sanctuary)?

Albert Camus, in his brilliant essay Create Dangerously (in the collection Resistance, Rebellion and Death) touches upon all of the above in a slightly different way. Camus describes the difficult freedom of the contemporary artist who is caught between two poles pulling in opposite direction.  Pole #1: his/her own aesthetic vision of artistic perfection, which many call an “ivory tower” and Pole #2: his/her responsibility to the community and a loud declaration of solidarity crying  “Oppression, oppression, oppression”.  Camus ultimately describes the dilemma of the modern artist as walking a thin tightrope between two gigantic chasms: 1) artistic solitude (which he/she desperately needs to survive) and 2) community responsibility (which he/she ALSO desperately needs to exist as a human being).  In Camus’ brilliant story The Artist at Work, the final scene is horrific, for when the artist faces the two chasms just described (solitude vs. solidarity) he concedes with his own life out of desperation.  He feels despair (sunset) rather than hope (sunrise).  He ultimately sacrifices his own freedom for a final statement written in big red letters on his rooftop wall:  the two words Solitaire-Solidaire.

As a people we are unfortunately at such an existential juncture.  The current frozen state of inaction after four elections leaves few choices.  To continue with the current recidivism is to surrender to in-action.  Likewise, to put our heads in the sand while ignoring the danger to the foundations of our country’s democratic values is to leave ourselves paralyzed. We are at a crucial junction: either the sun is rising or it is setting, and we are caught in frozen limbo.

So during these Passover holidays will we have the strength and tenacity to renew our personal freedom and purge ourselves of destructive habits, both personal and communal?  At the same time, can we re-ignite hope that there IS a path, albeit thin, to achieve collective freedom, i.e. to find a lasting solution to our current national dilemma and our collective recidivism? Do we have the strength to walk the thin line between two chasms that are threatening our deepest values?   Do our leaders have the courage to sacrifice their own egos on the alter of hope to take one step into the unknown with renewed hope?  Only time will tell.

Wishing all my readers Happy Passover, and as my brother Mark would say, “may your Matzah be crunchy and your Haroset sweet”. 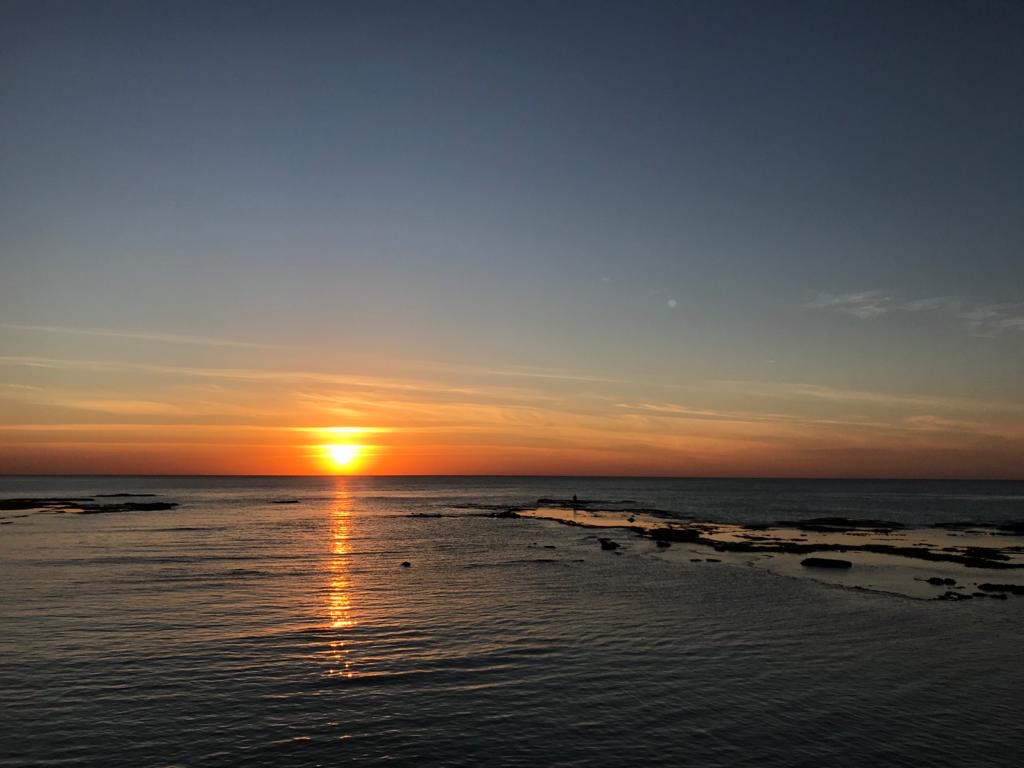 Sun (photo by the author)
About the Author
Stephen Horenstein is a composer, researcher and educator. His repertoire of musical works has been performed and recorded worldwide. He has been a recipient of the Israel Prime Minister's Prize for Composers and the National Endowment of the Arts (USA). His teaching has included Bennington College, Brandeis University, Tel Aviv University, Jerusalem Academy of Music and Dance; residencies at Stanford University, York University, California Institute of the Arts, and others. He is Founder and Director of the Jerusalem Institute of Contemporary Music, established in 1988 to bring the music of our time to a wider audience.
Related Topics
Related Posts
Comments