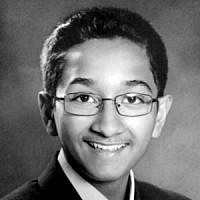 The Blogs
Aditya Divakar Karkera
Apply for a Blog
Please note that the posts on The Blogs are contributed by third parties. The opinions, facts and any media content in them are presented solely by the authors, and neither The Times of Israel nor its partners assume any responsibility for them. Please contact us in case of abuse. In case of abuse,
Report this post.

The world is very fond of stereotyping. It’s almost the greatest pass time for most people after sports and reality TV.

Whether it’s stereotyping Jews to be greedy and self-serving, or Americans to be fat and stupid, or even Indians to be poor and dirty – we’ve all stereotyped and been stereotyped by one another.

But what troubles me most is the rapid, and indeed hostile, label of terrorism that is being forcibly attached to Muslims everywhere since the horrific rise of ISIS.

British Prime Minister David Cameron, sensing his country’s outrage at Muslims instead of ISIS had this to say after the tragic beheading of David Haines:

They claim to do this in the name of Islam. That is nonsense. Islam is a religion of peace. They are not Muslims, they are monsters.

I guarantee that most, if not all, of you reading this will vehemently disagree with Cameron’s statement. I hope to change that conception. 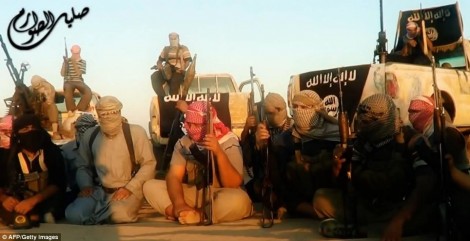 Islam is a religion of peace in too many ways to mention. But one important point to consider is that of the hundreds of pages of the Quran, barely a few sentences mention the need for violence. Most address such day to day things as marriage, food, music, lifestyles, and peaceful living – just like any other religious book.

Islamic scholars are renown for their incessant drive to quell the radical voice of extremism in Islam. One only needs to hear a talk by Dr. Zakir Hussain, or follow the writings of Mohammad Akram Nadwi to understand something you might not readily accept:

Most Muslims hate Islamic extremists more than you do.

Islamic extremism is a tiny but extremely visible stain on Islam’s grand history – a history of science, peace, and civilisation that spans millennia. Muslim are tired of the fact that their entire culture – which is so intricate yet so magnanimous – is being condensed into a nutshell of extremism, violence, and terrorism.

From burning ISIS flags, organising massive protests, and initiating hunger strikes – the world’s Muslims are pulling in what they can to make it known that they do not want ISIS to tarnish their religion’s rich history.

In all this carnage, it is easy to forget that Islam has given the world the foundations of Mathematics, Astronomy, Physics, Biology, Anatomy, and Medicine – without which we would still be sitting in thatched roof huts, herding goats for a living. In a time when most religions were suppressing the voice of science – Islam embraced it wholeheartedly.

The fact that ISIS has banned the teaching of Chemistry, Biology and other sciences in schools falling in their territory are testament to the fact that these extremists are not keen disciples of Islam’s scientific temper.

If anything, ISIS is only using Islam for the brand recognition, not as a devout code.

Yes, Islam has a dangerously infamous history of producing fanatics and terrorists who have killed and maimed hundreds of thousands of people in the past few decades. Many of you may have had to endure the terrifying race to a bomb shelter because of Muslim extremists. There is no excuse for that, nor will there ever be.

But I contend that the actions of Muslim extremists should not quantify your logic against Islam as a whole. To consolidate the actions – however terrible – of a few hundred thousand extremists worldwide as the message of 1.6 billion Muslims is not only pathetically stupid, it is also morally wrong.

You may have read in one of my previous pieces on how I met a Jew for the first time in my life, and how that shattered my conceptions and killed my stereotypes. Sometimes that’s what you need – a reality check.

Logging into Facebook and reading the latest CNN article or BBC report on ISIS does not qualify you to judge who a Muslim is. Meeting an ordinary Muslim face to face does.

I am not Muslim, but being an Indian, I have grown up with Muslims every day of my life. I have shared jokes with them, I have been nursed by them when I scraped my leg while playing, I have enjoyed their delicious food (and so have you at some point), and I have laughed and cried with them. 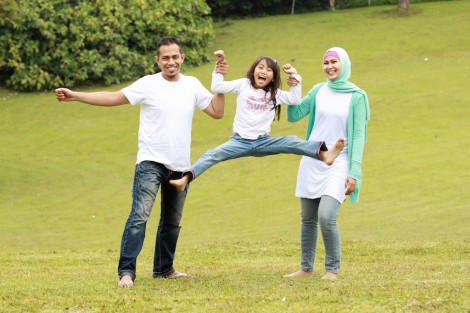 Live and let live. Be and let be.

If anyone killed a person not in retaliation to murder and/or to spread mischief in the land – it will be as if he has killed all humankind, and if anyone saved a life, it would be as if he saved the life of all humankind