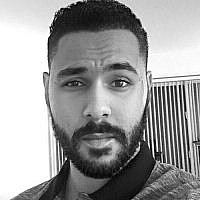 The Blogs
Karim Ahmed Elsayed
Apply for a Blog
Advertisement
Please note that the posts on The Blogs are contributed by third parties. The opinions, facts and any media content in them are presented solely by the authors, and neither The Times of Israel nor its partners assume any responsibility for them. Please contact us in case of abuse. In case of abuse,
Report this post.

Why I, a Muslim American, support and recognize the existence of Israel

Israel and Palestine are without a doubt, one of the most complex conflicts to exist in the modern age. Ever since the establishment of the Jewish state mid-20th century, that tiny region in the Middle East has been embroiled in a multi-generational state of disarray and conflict between two groups of peoples. Despite the proven, obvious connection between Jews and Israel, many Muslims, specifically Palestinians, refuse to acknowledge the historical linkage, which is a major detrimental factor to the peace process.

To deny a connection between the Jewish people and the land of Israel is to deny a critical component of the Quran, that the land of Israel was promised to Prophet Moses and the children of Israel through the covenant. It is evident that the Quran has always supported a Jewish homeland through various verses, some of which include:

“And We said unto the Children of Israel after him:  Dwell in the land; but when the promise of the Hereafter (wa3’dul akhirati) cometh to pass, We shall bring you as a crowd gathered out of various nations.” Holy Quran, 17:104

“O Children of Israel, remember My favor which I have bestowed upon you and that I preferred you over the worlds.” Holy Quran, 2:122

Aside from the religious obligation to recognize the Jewish State, Israel is one of the only nations in the Middle East that grants full rights to non-Jews, giving them the right to practice their religion freely and participate in politics. The same could not be said for the other neighboring nations. Is Israel a perfect country? No, it’s not, but in comparison to the surrounding nations and their records of human rights abuses, Israel surpasses them by tenfold. Truth be told, if I wasn’t born in the United States, I would only hope that Israel would be my place of residence.

What is going on today between the Palestinians and Israelis is nothing short of heart breaking. I am not denying the plight of Palestinians, sure there exists issues regarding settlements and segregation. However, Hamas does not help the situation at all, and if there were to be a chance at peace, Palestinians must distance themselves from them. But I believe that the path to peace requires the recognition and existence of the Jewish state, not only from Palestinians, but the greater Muslim world. Anti-Semitism runs rampant across the Muslim world and to achieve peace between our groups of people, there must be an ideological shift regarding the perception of Israel throughout the Arab and Muslim world.

The Arabs and Jews share many commonalities, from culture, to food, even genetic lineage. If we were to acknowledge our shared ancestry, then and only then, can we set aside our differences and peacefully coexist once again, as our ancestors have in the region over the past several thousand years.

About the Author
Karim Elsayed is a Muslim Arab American Conservative activist who has experience in public policy from a conservative stance. In his spare time, he enjoys spending time with his cats, playing the violin, reading and working out. He hopes to one day change the negative perception of Israel and Jews in Muslim and Arab world.
Related Topics
Related Posts
Comments