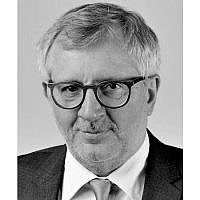 The Blogs
Marek Siwiec
Apply for a Blog
Advertisement
Please note that the posts on The Blogs are contributed by third parties. The opinions, facts and any media content in them are presented solely by the authors, and neither The Times of Israel nor its partners assume any responsibility for them. Please contact us in case of abuse. In case of abuse,
Report this post. 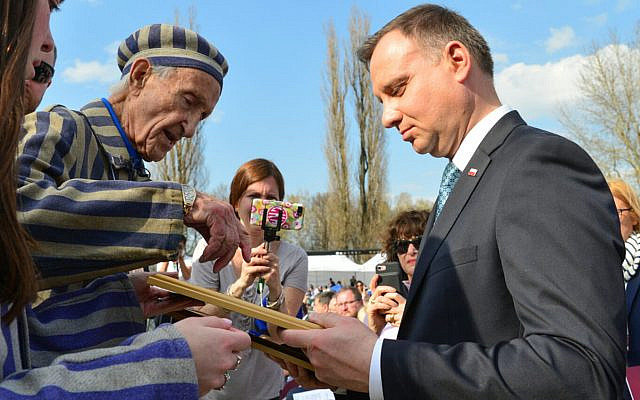 Holocaust survivor Edward Mossberg (left) with Polish president Andrzej Duda, at a ceremony in the March of the Living at the Auschwitz-Birkenau camp site in Poland, as Israel marks annual Holocaust Memorial Day, on April 12, 2018. (Yossi Zeliger/ Flash90/ File)

The sad political events of the last few weeks between Poland and Israel have spun out of control. At the highest levels of both countries, counterproductive saber-rattling has taken place, and in an unprecedented move, ambassadors have even been recalled.

But what makes this crisis so upsetting to me – as someone who has spent my entire career in government – is that it completely disregards the strong relations that have been built over recent years between Poland and Israel. These ties were once robust, and very much in both countries’ self-interest. From national defense to high tech and culture, the Polish-Israeli relationship touched citizens in both countries in nearly all fields of life. Each day, thousands of Polish people and Israeli tourists, businessmen, and educational groups filled up airplanes, going both ways. We learned from each other. We learned about each other. It was a relationship based on regular interaction. It was a relationship with education at its very core.

We learned how to discuss and speak about the tragic history of our Jewish citizens – by telling the whole truth. It is important to note the magnificent output – and vital contribution of the Center of Holocaust Research in the Polish Academy of Science led by Prof. Barbara Engelking. The people of Poland have never been afraid of the past. We use our past to learn more about our present and to build for a better future.

Our past is our heritage, our culture. Over many years, our two countries have worked diligently to build a solid line of trust. To gain a deep and unwavering understanding of each other’s heritage. To respect the Polish culture. To respect the Jewish culture. And to dive into the magic world of overlap between the two. From food to folk music. From music to art. We have so much more that unites our nations than should ever divide us. So that even if there is a policy disagreement, each side should be able to respect the other enough to at least listen to their arguments and assume their best intentions.

Like a family member. You can disagree. You can argue. But the underlying unity, spirit of mutual responsibility, and shared interests – must be above all.

No matter where you stand, individual pieces of legislation or diplomatic disputes – however controversial and serious – must not stand as an impediment to the continuation of both Poland and Israel’s moral obligation to continue educating about the German Nazi atrocities. Education is the common thread that runs from generation to generation to ensure that we learn from this evil to ensure that never again remains more than a catchphrase.

In this diplomatic crisis, it is crucial that both sides elevate voices of dialogue and diplomacy. Previous examples of Polish and Israeli leaders working together such as President Aleksander Kwaśniewski, Shimon Peres or Tadeusz Mazowiecki should be looked upon as models in situations like this.

Over the years, the relationship between our countries has been both fruitful and open. For those who look to rein in our achievements together, we must speak out. An understanding and openness towards our difficult pasts, has served as a foundational value to keep driving our relationship forward. And we must keep driving forward – even as we continuously check our rearview mirror – checking in on historical honesty and respect for the collective memory of each nation.

Israel and Poland can do so much good together. Our recent history has proven this. However, the only way to return to the optimistic horizons of yesteryear is to embrace dialogue, open those channels of diplomacy and go back to investing in education, education, education.