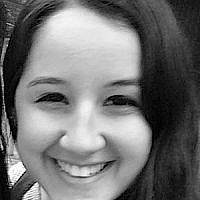 The Blogs
Tori Singer
Apply for a Blog
Advertisement
Please note that the posts on The Blogs are contributed by third parties. The opinions, facts and any media content in them are presented solely by the authors, and neither The Times of Israel nor its partners assume any responsibility for them. Please contact us in case of abuse. In case of abuse,
Report this post.

The relationship between Israel and the Gulf States has been rocky since the creation of the Jewish State in 1948. Largely dependent on the state of Israeli-Palestinian affairs, the interactions between Israel and the Gulf have ranged from no diplomatic relations at all to lukewarm ones at best. Yet, regardless of this turbulent relationship, dealings with Israel have continued over the years via under the table meetings, negotiations and arrangements.

However, because of the changing regional politics, a realignment has occurred that puts Israel and most of the Gulf States on the same side of many different issues such as the Islamic State, Syria, the Muslim Brotherhood, as well as the future of water and energy in the Middle East. Moving forward, these converging interests can also lead to collaboration on security, political and economic fronts. It is in the best interest of these countries to continue to work closely together. The relationship between the Gulf States and Israel is an enduring one; however, the extent to which the relationship develops will ultimately be dependent upon Israel progressing towards a resolution of the conflict between Israel and Palestine.

Many of the Gulf States have complicated relationships with Israel, as demonstrated by the interactions between Qatar and Israel. Though Qatar has made harsh statements about Israel and is a known financial backer of Hamas, they were also the last remaining Gulf State to maintain an Israeli trade office before asking Israel to close it in 2009. Qatar has pledged to aid in the reconstruction of the Gaza Strip, however, they also committed to using exclusively Israeli raw materials to do so.

The complexity of these interactions is highlighted by the amount of gossip that surrounds any meeting between Israel and a Gulf State. There have been instances of Israeli officials mentioning previous meetings between Israel and a Gulf State, only to have the involved country vehemently deny it. Likewise, a poorly edited version of the 2013 -2014 Israeli state budget was posted on Israel’s twitter account and revealed Israel had established a diplomatic officer in some unnamed country in the Gulf. It is often hard to understand exactly what level of communication is going on between these counties.

The changing geopolitics of the region, combined with modernizing forces, have created an environment in which the conflict with Palestine is no longer the most important determining factor in whether a state interacts with Israel. The GCC and Israel now have converging interests regarding Iran, Syria, violent extremist groups, such as ISIS, as well as issues regarding water and energy. Economically, there are large benefits for cooperation in water, especially regarding irrigation and desalination technologies. Security cooperation could include intelligence sharing as well as pooling of military capabilities and airspace. From a political and economic standpoint, the United States is highly supportive of thawing ties between Israel and the Gulf and has been known to offer financial incentives to countries who do so, as seen from the 2006 Bahrain Free Trade Agreement.

In the face of these current challenges, most of the Gulf States seem ready to move forward. The future of moving on can be handled in several different ways: Israel and the Gulf can persist with a “don’t ask, don’t tell” policy, Israel can be fully integrated with strong diplomatic ties or some combination of the two. The years of secret interactions, in combination with the changing geopolitics of the region, have created a very solid foundation on which a relationship between Israel and Gulf states could grow and flourish.

Although the conflict between Israel and Palestine is no longer dominating as a main force in Middle Eastern disharmony, that doesn’t mean the Gulf States are willing to forgive and forget without Israel demonstrating that they are also making efforts to progress towards a solution with Palestine. If and when this happens, the Gulf Nations are ready to move forward, and with the turbulent future ahead, perhaps the current cooperation will build a foundation for something stronger because it is in everyone’s best interest to do so.

About the Author
Tori Singer is a native New Yorker and currently a senior at the University of California, Berkeley, majoring in Molecular and Cell Biology and minoring in Middle Eastern Studies.
Related Topics
Related Posts
Comments