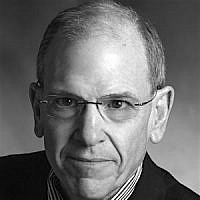 The Blogs
Thomas Sudow
Apply for a Blog
Please note that the posts on The Blogs are contributed by third parties. The opinions, facts and any media content in them are presented solely by the authors, and neither The Times of Israel nor its partners assume any responsibility for them. Please contact us in case of abuse. In case of abuse,
Report this post. 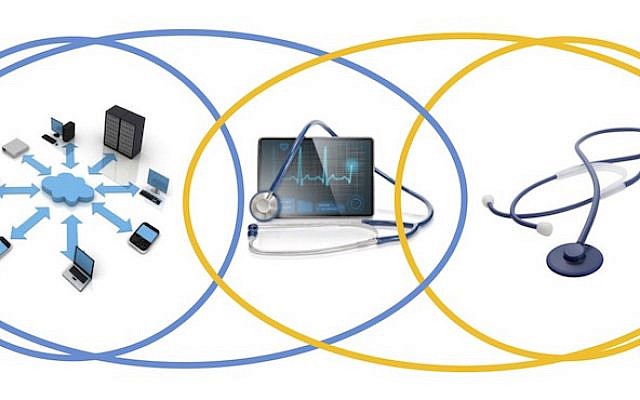 Meeting 33 digital health companies in four days in Israel, may seem somewhat excessive, but it was exhilarating – each company more innovative.  The highlight of the week was the inaugural event for eHealth Ventures held last Thursday over looking the Mediterranean from the beautiful Peres Center for Peace and Innovation.

The location was not accidental, my last conversation, with than President Shimon Peres was an hour long discussion on digital health as I sat with him and the CIO of the Cleveland Clinic in Tel Aviv a few short years ago.  The Peres Center in Jaffa was a wonderful setting for the inauguration event of the eHealth Ventures incubator – THE digital health incubator in Israel.  Over 250 people (standing room only) crammed the auditorium to be part of this historic event.

I was delighted to join in The event and be one of the speakers, which was attended by all of the incubator’s international partners – Anya Eldan from the Israel Innovation Authority,  Ran Saar, CEO ofMaccabi Healthcare Services, Meir Jacobson from Medison, Donald Tang from the Chinese VC of SCI and Corrine Le Goff – Senior VP at Amgen and General manager of its European region, who delivered the keynote address.

As described on the eHealth Web Site – “After networking at the lobby facing the sea (with beer, pastries and fruit…), the guests gathered at the Peres auditorium for greetings by the partners and a panel focused on the clinical needs and outcomes that Digital Health is meant to deal with. Participants from multinational entities outlined their vision for the industry in 2025 – where are the key sectors and what are the hot topics.

The main event was the startup competition: the eHealth Ventures incubator partners detailed their “wish lists”, over 60 applications were submitted and 5 companies were invited for the final stage. Topics included cognitive behavioral therapy, a novel drug delivery patch, next generation sensing technology and more. Following a very close call on the rankings by the judging panel and the audience – 2 early stage companies were announced as winners:

AllerGuard – developing a Personal Allergen Hazard Sensor. By inspecting a food dish, using the chemical properties of the Allergic-inducing compound, the AllerGuard system will alert the user in the event that even just a few PPM (parts per million) of the compound are present.

Insulog – working on a smart automatic device (IOT) designed to be mounted on all disposable insulin pens. A multi-sensor system detects and counts the insulin units injected and a smart algorithm software will transform it to recordable information to be tracked by the user.

The guests were actively involved in the voting and enjoyed a musical line-up by Jane Bordeaux, the Israeli folk-rock band, before the results were announced. The entire incubator team invited the CEOs of all finalists to the stage and the certificates and prizes were awarded.

In summary – a great balance of digital health content, innovation, entrepreneurship and fun!”

I was delighted to participate in this event and even more energized by the many companies had the opportunity of meeting.  Israel innovation in the digital health space is very exciting.

About the Author
Tom Sudow is the Director of the Burton D. Morgan Center for Entrepreneurial Studies at Ashland University and an Advisor to eHealth Ventures Israel and to SCI (a Chinese investment group investing in Israel. He has worked with Israeli startups for 20 years and has lecture numerous times in Israel. He is also Director of Business Development for Cleveland Clinic Innovations (the 2nd ranked Hospital in the United States).
Related Topics
Related Posts
Comments