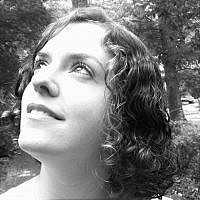 The Blogs
Hanna Tova Glicksman
Apply for a Blog
Please note that the posts on The Blogs are contributed by third parties. The opinions, facts and any media content in them are presented solely by the authors, and neither The Times of Israel nor its partners assume any responsibility for them. Please contact us in case of abuse. In case of abuse,
Report this post.

On January 18th,  2015, Israeli missiles struck the Syrian province of Quneitra, killing several Hezbollah commanders. Among them was Jihad Mughniyeh, Hezbollah’s commander for the Syrian Golan. Hassan Nasrallah, the secretary general of Hezbollah, responded with fiery rhetoric. He claimed that for years the organization has had missiles that could hit all of Israel, and that Israel invited retribution from not only Hezbollah, but Tehran and Damascus as well. He said Hezbollah fighters must be prepared for another war with the Jewish state. The thought of another war with Hezbollah is chilling, and indeed it remains one of the most serious threats to Israel. Since the second Lebanon war in 2006, both the Middle East and Hezbollah have experienced explosive transformations.

Hezbollah has deeply embedded itself in Syria’s chaotic civil war, to the point that it’s become a crucial support to Assad’s weakened army. Outside analysts placed Hezbollah’s ground forces at six to eight thousand fighters this time last year, and a death toll between seven hundred and a thousand. It has used this opportunity to obtain advanced weapons from Russia and Iran, with an estimated arsenal of over 200,000 rockets, compared to 14,000 before 2006.  Some of those rockets have the distance and precision capability to strike anywhere in Israel. Years of fighting in the conflict have improved the group’s tactical capabilities and internal infrastructure.

So what kind of damage can Hezbollah do to Israel? Even if they can’t destroy the state of Israel, they can cause widespread death and economic disruption. Hezbollah could strike critical infrastructure, and its advanced weaponry allow it to target Gush Dan, Israel’s heartland, and home to Tel Aviv and 45% of the country’s population. Nasrallah has threatened to target Haifa’s ammonia facilities and even the nuclear reactor at Dimona. Israel projects heavy damage, and civilian casualties that number in the thousands.

The result, many experts agree, is that the next war against Hezbollah will be devastating for both sides. Israel’s defense strategy is based on deterrence, and for the past ten years with regards to Hezbollah, it’s worked. Even Nasrallah admitted that he wouldn’t have approved the kidnapping of Ehud Goldwasser and Eldad Regev had he known it would spark such a destructive war. But the Second Lebanon War was widely considered a failure in Israel, despite the damage done to Lebanon, because they failed to achieve their objective: after 34 days, Hezbollah remained in southern Lebanon, armed and ready for another fight. Any conflict in which it is not absolutely decimated, Hezbollah and its supporters will consider a success.

Since 2006, Hezbollah has been embedding its military into civilian areas in Lebanon. In response, IDF Chief of Staff Gadi Eizenkot was forced to implement the Dahiyeh Doctrine, named after the Beirut neighborhood that was flattened in the 2006 war, which says that any civilian area with military infrastructure should expect a similar response. Hundreds of Hezbollah military sites are in southern Lebanon, many of which are embedded in hospitals, schools, and homes. This strategy of launching rockets from civilian areas is advantageous to Hezbollah because it limits Israel’s ability to counterattack, and it limits the length of the war. The death of non-combatants predictably leads the international community to demand an early ceasefire—a victory for Hezbollah.

Operation Protective Edge, the 2014 war between Hamas and Israel, is an example of what one can expect from the international community if Israel goes to war with Hezbollah again. Like Hezbollah, Hamas had entrenched its forces in residential areas and buildings. After Israel targeted them in response, the pro-Palestinian Israeli NGO B’Tzelem quickly accused Israel of violating international law, as did human rights organizations Amnesty International and Physicians for Human Rights. Just days after Israel began its airstrikes against Gaza, the international community immediately began urging for a ceasefire.

While it is understandable for human rights groups and diplomats to want to stop the fighting and save lives, in this case it would only have led to more casualties in the future. If an early ceasefire had taken effect, Israel would have been unable to achieve its national defense objectives. The terror tunnels to kidnap or kill Israelis would still be operational; Hamas would have kept its 12,000 rockets; and most importantly, after launching almost 5000 rockets and 2000 mortars into the Jewish state, the terror group would know that Israeli blood is cheap.

A new war with Hezbollah would probably be even more deadly than the 2014 Hamas war, with its death toll in Gaza of 2,200 about half militants and half civilians, and the Israeli loss of 66 soldiers and 6 civilians. Hezbollah is a more powerful threat than Hamas, and the IDF will be forced to make a more powerful response.

The Iranian nuclear deal also presents a complicating factor in the Israel-Hezbollah conflict. The Foundation for Defense of Democracies, in their report The Third Lebanon War: The Coming Clash Between Hezbollah and Israel in the Shadow of the Iran Nuclear Deal neatly summarized the impact of the unfrozen $100 billion worth of assets that Iran now has access to.

Iran’s massive windfall is expected to trickle down to its most important and valuable proxy, Hezbollah, which will in turn help the group evade new, painful sanctions imposed on the group by the US Congress after the deal was signed….These funds will not only help the group pay salaries and maintain its infrastructure; it will almost certainly help Hezbollah pay for more armaments, while also freeing up cash for training, logistical support, and recruitment.”

The Iranian regime funds all of Israel’s most powerful non-state enemies, including Hezbollah, Hamas, Islamic Jihad, and the newer jihadist group in Gaza, Sabirin. A nuclear Iran’s support would encourage these groups to act more aggressively, and limit Israel’s ability to respond.

As long as the Syrian war rages on, Hezbollah will be unable to start another conflict with Israel. But should the war end in Assad’s favor, especially under the shade of an Iranian nuclear umbrella, Israel may find itself facing another Lebanese front. And this time, as former IDF chief of staff Gabi Ashkenazi said, “it will be forbidden to ask who won.”

About the Author
Hanna Tova is currently pursuing a degree in Government and Politics and working at the Endowment for Middle East Truth, (EMET) an unabashedly pro-Israel and pro-American think tank and policy institute in Washington, D.C. She plans to move Israel after graduating.
Related Topics
Related Posts
Comments