The Blogs
Jason Shvili
An Israeli in Canada
Apply for a Blog
Advertisement
Please note that the posts on The Blogs are contributed by third parties. The opinions, facts and any media content in them are presented solely by the authors, and neither The Times of Israel nor its partners assume any responsibility for them. Please contact us in case of abuse. In case of abuse,
Report this post.

Yes, I know that Israel is the only Jewish state in the entire world.  Then again, Estonia is the only Estonian state in the entire world, so why doesn’t the press ever refer to it as “the Estonian state”.  Okay, maybe Estonia doesn’t get a lot of press time, but Japan certainly does since it’s the world third biggest economy and it’s the only Japanese state in the world.  But of course, no one in today’s media call it “the Japanese state”.  I honestly wish the press would stop referring to Israel as “the Jewish state” because it’s just another way of singling us out, and usually when Jews are singled out (by other people, rather than by G-d), it doesn’t bode well for them.  I can’t really blame the media for this, however, because it’s Jewish leaders, both inside and outside Israel, that encourage the use of the term “Jewish state” by the media and everyone else that talks about Israel, instead of just using the country’s name as they would do if they were talking about any other nation-state.  You would think that with everyone always referring to Israel as “the Jewish state” and with all of Israel’s state symbols being Jewish, Israel would be secure in its Jewish identity.  But you would be wrong. 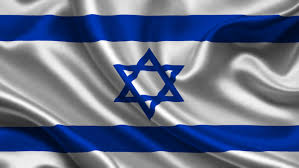 In fact, the Israeli government has recently put forward a new bill that would define Israel as a Jewish state.  Clearly, Israel has a real complex about its Jewish identity.  I’m not surprised, however, because anyone who knows Jewish history knows that Jews have always been under threat.  Indeed, being paranoid about keeping one’s national identity is a characteristic associated with all nations or members of those nations who feel under threat.  Just take a look at Quebec, the only province in Canada, the country in which I reside, with a French-speaking majority.  Ever since the fall of New France, the Quebecois have always made a fuss about protecting their French identity, no more so than in the latter half of the 20th century up until today.  They have endured a history of oppression at the hands of English-speakers and continue to feel threatened by the fact that they are an island of French language and culture surrounded by a sea of English.  These are the facts that drive all forms of Quebec nationalism, from the independence movement to the province’s strict language laws.  There is one major difference, however, between the Quebecois’ struggle to keep their identity and that of the Jewish people.  No one today talks openly of wiping Quebec and its people off the map.  In contrast, some world leaders to this day talk of wiping Israel from the face of the Earth and slaughtering its people.  In other words, Israel faces an existential threat while Quebec does not.  In fact, the Jewish people are the only people in the world today whose nation-state faces an existential threat.  And with the Holocaust still fresh in the psyche of the Jewish people, it’s no wonder that Jews do not feel secure about their identity.  That being said, Jews both inside and outside of Israel have failed to make any distinction between the physical threat to Israel and the threat to Jewish identity, and this is something that I think has to change.

Perhaps right now you’re thinking, “how can you separate the physical threat to Israel and the threat to its Jewish identity?  You can’t have one without the other!”  That’s absolutely correct.  Obviously, Israel cannot maintain its Jewish identity if it is destroyed.  Hence, Israel must do everything necessary to ensure the security of its borders and the safety of its people.  But what Israel does to ensure the physical security for herself and her people has to be distinguished from what measures are taken within Israeli society to preserve the country’s Jewish identity.  I believe that Israel should take measures to protect its Jewish identity within its own society, but I think these measures have already been taken.  As I already mentioned, we have Jewish national symbols that the vast majority of Israelis are proud of.  We have also managed to revive Hebrew, the Jews’ national language, as a modern vernacular, and finally, Israel’s cultural and religious institutions have succeeded in reviving the Jewish existence that was nearly lost in the Holocaust.  But most recent attempts to reinforce the country’s Jewish identity have crossed the line between what is rational and what is overkill.  These attempts include the current government’s decision to put forward a bill strictly defining Israel as a Jewish state.  Such a law, I believe, is not only redundant, but a waste of time and energy.  As I said before, I think we and the rest of the world know who we are by now.

About the Author
Jason Shvili was born and raised in the Greater Toronto Area. He studied at the University of Toronto and now aspires to make a living as a writer after spending more than a decade running his own business. He is proficient in Hebrew and also has working to advanced knowledge of Arabic, French, Italian, Spanish, and Russian.
Comments