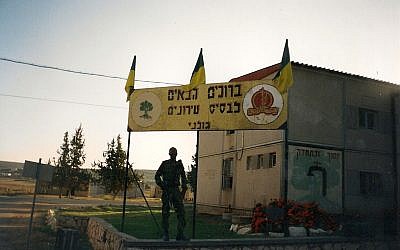 If you’re looking for a vacation that’s all about partying and having a good time, Israel is the new hottest destination. Israel is the world’s new “party nation”.

Imagine hundreds of thousands of American and European students flooding into Israel during Spring Break vacations from high school and university. It’s time for Israel to become the “youth party capital of the world”.

Israel is pure ecstasy and explosive adrenaline just like Ibiza in Spain and Las Vegas in the United States. Let’s first compare Israel and Ibiza.

Ibiza, an island in the Mediterranean Sea off the eastern coast of Spain, is the world’s party island and one of the world’s supreme playgrounds for travelers from around the globe. During the spring and summer months Ibiza is the capital of euphoria with its beaches, 24/7 parties, nightclubs, electronic dance music, and raves.

As Tiesto once stated, “Ibiza is the world trendsetter for music. What happens in Ibiza during the spring and summer travels to the rest of the world during the autumn and winter. So, Ibiza is the center of the music world.”

Since I have personally blasted off to outer space while attending an electronic rave party called “Paradox”, I can personally recommend the super-powerful dance parties like those in Ibiza. Music-driven and dance-filled rave parties set the mind free and send the consciousness flying into the ends of the universe.

Israel, which has a 273-kilometer (170 mile) coastline with the Mediterranean Sea and Red Sea, is an ideal location for electronic beach rave parties. Hyped clubgoers can party all night along the coast in thriving cities such as Tel Aviv, Haifa, Ashkelon, Ashdod, and Eilat.

Israel can also be an alternative version of Las Vegas where the main attractions are casinos, upscale hotels, and live concerts. The center of the entertainment and gambling industry is the Las Vegas Strip. Thousands of super-wealthy gamblers spend millions of dollars playing poker, blackjack, slot machines and other high end games.

Israel’s current laws should be modified to allow all types of gambling and betting and enabling national and multinational casinos to thrive in the Promised Land.

Imagine multi-millionaires from Monaco and Beverly Hills flying into Tel Aviv on private jets to gamble millions of dollars in Israel’s casinos. The land of milk and honey can be transformed into a thriving playground for the world’s ultra-elite–lifestyles of the rich and famous.

After completing their compulsory military service in the Israel Defense Forces (IDF), young Israelis typically travel to India, South America, and Ibiza for all-night partying, relaxation, and spirituality. If Israel is transformed into a world youth party destination, then many young Israelis could remain in Israel after military service.

Worldwide tourism is a multi-billion-dollar industry and youth party-oriented tourism and gambling are untapped markets for Israel, which can become the center of gambling and adult-themed entertainment.

Israel, which is known for its religious and biblical sites, can now enter a new and exciting phase of electronic dance music, all-night club life, adrenaline-fueled dancing and gambling, exclusive high-end casinos, and passionate parties.

The Holy Land and Promised Land can become the ‘new Ibiza’ and ‘new Las Vegas’ where the parties never stop and young people dance all night under the stars.