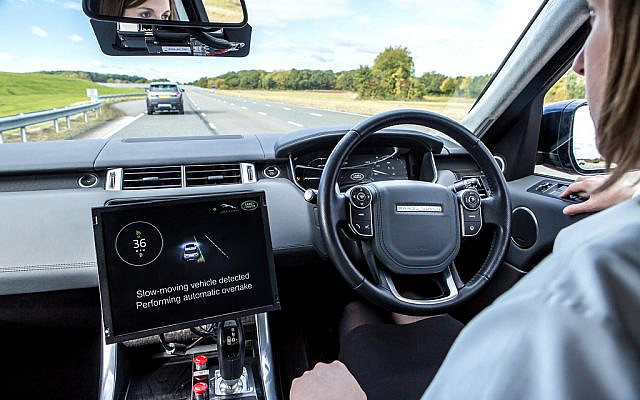 As the age of the self-driving car awakens, manufacturers and private owners alike are expressing a growing and uniquely 21st century concern: the very real possibility of hacking threats, remote takeovers, and criminal infiltration of their fully-automated vehicles.

Given that Israel has produced a flurry of self-driving car start-ups, and that Israeli tech firms have teamed up with the world’s biggest car manufacturers to lead the self-driving revolution, the solutions to this threat may be – not wholly unexpectedly – homegrown ones. Israeli firms are blazing trails for others to follow in both the production and perfection of automated cars and in the protection and security of their drivers. What’s more, they’re achieving their lofty and far-reaching aims with the use of deep learning and the latest AI technology.

Israel: Cradle of the Self-Driving Revolution?

It should come as no real surprise that Israeli companies are at the front of the pack in AI-led security for the latest wave of self-driving vehicles. After all, for the past decade, Israel has arisen as a world auto-tech R&D power, paving the way for a global driverless future. Indeed, Israel has played host to a series of the most important automated car trials, and has provided the world with many of the start-ups, groundbreaking reports and white papers, and innovative minds that have allowed the technology to take its greatest leaps.

Driven by governmental efforts – and a prime ministerial mandate – to cultivate Israel into a country with efficient, autonomous, and on-demand electronic transportation, the big push to lead the field in self-driving cars comes with a broad array of key benefits. Not only will it assist in slashing traffic and congestion, it will posit Israel as an international R&D center in the industry, with growing influence over how the wider world adopts and improves automated vehicular solutions.

Israel’s unique infrastructure and regulatory bodies have assisted in this growth since the early 2010s, something which has led to the rise of groundbreaking national firms such as Mobileye. It also grabbed the attention of automobile giants such as Volkswagen and Mercedes – all of whom conduct their self-driving car tests on the Jerusalem-Tel Aviv Highway and the crowded Jerusalem streets. General Motors Israel is furthermore busily mapping and testing on highways not yet open to the public, in an attempt to hone and prepare their AI for a near future; one in which self-driving cars become commonplace on Israeli roads.

The brave new world envisioned by the driverless car industry is not one without its setbacks. All new technology comes with its own unique assortment of risks, and the risks associated with automated vehicles are not ones which can be taken lightly by manufacturers or drivers. Indeed, the security challenges of driverless cars go far beyond the initial worries of AI-driven vehicles failing to spot road hazards; high-profile studies and experiments have shown that such vehicle’ control centers can be hacked, with potentially devastating results.

The remote hijacking of driverless cars is an enormously serious concern, and one which requires the brightest and best tech firms’ full attention and innovative thinking. Because autonomous cars are, essentially, entirely controlled by computer, a hacker with access to the vehicle’s ethernet could potentially override every single one of the car’s controls.

From suddenly applying the brakes, to turning the steering wheel, to shutting down the system or slamming on the accelerator, the computer being in charge of the car leaves it utterly open and vulnerable to a new form of cyber-attack. Certain reports have envisaged situations wherein whole cities could be put in gridlock, due to hackers gaining control of multiple vehicles connected via local networks.

If the public is to put its faith in this new dawn of autonomous transportation, it goes without saying that such concerns must be addressed. The problem is, there are still several bridges that need to be crossed before the kind of anti-hacker software we use in our home computers can be implemented in driverless cars.

In order to successfully safeguard vehicles, the connection between the car and the internet must be encrypted, thus blocking hackers from reading or stealing information. While consumers are used to encryption software that protects their data whilst online, smart car technology lags behind when it comes to this basic cybersecurity measure.

The answer to the majority – if not all – of these potential hacking issues has come via the development of deep learning and AI solutions, tailor-made for the autonomous car industry. Unlike in a computer network, the digital communications carried out in a driverless car are relatively predictable; in general terms, only one action is initiated at a time.

Furthermore, the automotive world features considerably less signal variance, which makes it fortunately obvious whenever something out of the ordinary, such as a cyber-attack, is happening.

Cybersecurity firm Miller and Valasek, run by the former hackers who first revealed the vulnerabilities of the smart car to the world, came up with an anti-hacking solution that works with machine learning to enable a “learn and prevent” system for driverless cars. The microcontroller observes typical driving patterns within a couple of minutes, allowing it to capture predictable data patterns.

Once the system has ‘learned’ how the car drives, it switches into detection mode and monitors the entire system for anomalies, such as unexpected commands or erratic patterns. The detection of an anomalous signal immediately disables key functions – namely lane assist and power steering – and puts the car into a ‘limp mode’ until it can be checked over. The same microcontroller also utilises an alert function, which informs the driver of a potential issue which requires immediate attention.

Self Driving is the Future. Deep Learning Makes it Safe.

It doesn’t require a morbid imagination to see the potential harm caused by the hacking of autonomous cars. However, thanks to technological leaps forward in the realms of artificial intelligence and deep learning, many of the pressing concerns holding back the widespread adoption of driverless vehicles are, one by one, being put to rest.

The upcoming transition to 5G data networks will further enable these solutions, as cloud computing with high availability and plentiful bandwidth will provide the computing power to detect and react to attacks in milliseconds, as well as boost the machine learning capabilities of the vehicle.

Despite this considerable progress, hackers will continue to attempt to breach autonomous vehicles. However, the cybersecurity professionals working in Israel and elsewhere across the globe have better access than ever to the AI tech needed to defend drivers against them.