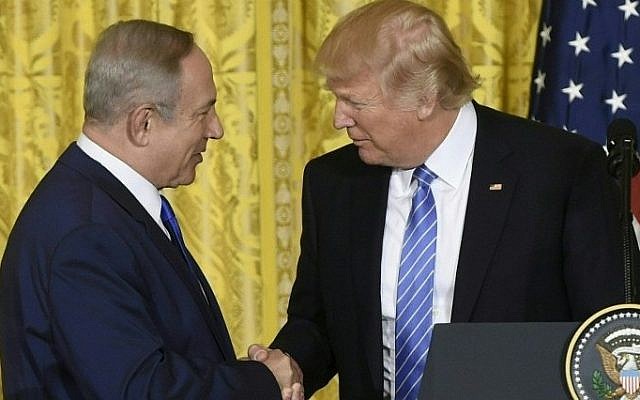 I still remember the atmosphere back then in Jerusalem’s Binyanei Ha’uma Convention Center. Four years ago, Barack Obama was visiting here and didn’t want to speak in the Knesset – he preferred talking to thousands of Israeli college students from around the country (with the exception of students from Ariel University which is located over the Green Line, and whose admission was therefore prohibited).

Obama presented his well-organized Middle East agenda and basically asked his audience to start a revolt against their democratically elected government. He spoke about violence perpetrated by settlers that went unpunished, about Palestinians who don’t have the right to work their lands and about the younger generation in the Arab world with whom he met and who he claimed want exactly the same kind of life that young Israelis have. After witnessing four years of atrocities in neighboring Syria and seeing Islamic terror perpetrated by brainwashed youth in Europe, I’m not sure he would say that last part again. By now we’ve learned not to view the world through the universal glasses of Western values.

I was reminded of Obama’s visit because what we saw last week in Washington was the complete opposite in so many ways. It’s not only what was said and the unwavering support that Israel received from the White House. It’s also the way it was said. The contrast was stark: Obama and his staff had total command of the details and were interested in engineering a new reality. It wasn’t for naught that Ya’alon had called John Kerry “messianic and obsessed.” Trump, on the other hand, is not messianic – he’s a businessman and he is by no means obsessed. It’s doubtful if he’s read even one report about Israel and the Palestinians. “One state, two states,” he said to the cameras, “I like the one that both parties like.” You could almost see the wheels turning in his head as he was thinking: “As far as I’m concerned, three states could also work – you say four for the price of one? It’s a deal!”

It’s not the rich language of Obama that we’re used to. It’s Trump who, despite his minimal language skills, expresses himself very clearly: He likes and admires us very much (terrific), and we’re big kids who need to manage our affairs alone (now that’s a little more complex). “I will lead, I will navigate,” Netanyahu said as he boarded the plane, and Trump basically said to him: Right, you’ll lead and you’ll navigate. I don’t have the head for all the minutiae. Keep me out of it, I’m not about to call you every week to find out what’s new. I paid Sara a genuine compliment and that’s what counts, doesn’t it?

That’s why the question now is: What does Israel want? For the first time in eight years we don’t have excuses like “Obama won’t stand for it” or “We can’t get the White House angry.” For the first time we’re supposed to not only be on the defensive but offer our own ideas and solutions as well.

And until that happens, we can take some comfort. Peace with the Palestinians? Perhaps. Meanwhile, it’s good we’ve made peace with the White House. It was great to see a warm handshake instead of feet up on the table. It makes me happy to see a president who goes out of his way to heap praise not only on Netanyahu but on us as well – the Jewish-Zionist-Israeli ideal of our generation.

That’s why some of the sour reactions seem out of place. Zionist Camp chairman Buji Herzog has held recent, well-publicized face-to-face encounters with someone who wrote against him on Facebook. It’s a great idea but it seems to me that he might have hijacked his own account since this is what he wrote after one of the most congenial and historic meetings between an Israeli leader and his American counterpart: “It was sad and embarrassing to see Netanyahu avoid the idea of separating from the Palestinians via the two-state solution.”

What a shame. I doubt that former Ambassador Chaim Herzog would have written that. These are moments when the opposition should be displaying more statesmanlike behavior.

About the Author
Sivan Rahav Meir is a media personality and lecturer. A Jerusalem resident, she is the World Mizrachi’s scholar-in-residence. Her lectures on the weekly Torah portion are attended by hundreds and the live broadcast attracts thousands of listeners around the world. Sivan lectures in Israel and overseas about the media, Judaism, Zionism and new media. She was voted by Globes newspaper as most popular female media personality in Israel and by the Jerusalem Post as one of the 50 most influential Jews in the world.
Comments