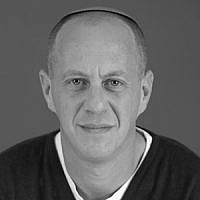 The most respected institution in the Land must be given the opportunity to deliver us with strength through the tough times ahead, while the brightest minds must be allowed to fix what’s rotten underneath.

As we sail deeper into the latest process to elect in the latest gaggle of celebrities, egomaniacs and over-the-top do-gooders I think it’s time we take a step back and pause for thought on where this great country has found itself.

I like many Israelies both endure and embrace the craziness of Israel, we love to moan publicly but relatively few of us would trade living here for anywhere else in the world. Our lives are made daily miserable by existential threats from our neighbors, the increasingly high and un-affordable cost of living and the constant exhausting merry go round of our fragmented political system.

The 20th Knesset is being fought by a broad range of would be politicians, most of which have as much political experience and preparation as my 5 year old child. Take for example the footballing legend who was almost gifted a place on The Jewish Home list, not for his prowess in mind but for his ability to draw secular and populist votes.

The 20th Knesset will be battled by 26 political parties, a record in our time. Over half of which will knowingly fail to pass the electoral threshold to claim even one parliamentary seat. So I think it’s fair of us regular people to ask why so many go through the cost and effort if not for personal prestige. If these wannabe politicians and leaders really want to help, to make a difference to all our lives then join one of the mainstream parties and work hard to make a change.

Take the latest round of egocentric based political parties who all but name the party after themselves. In the last election we had the ‘Tzipi Livni Party’ (later renamed Hatnua) and ‘Yesh Atid – Led by Yair Lapid’ Today we have a debate on what it means to be Zionist, so I guess somewhere the world of Israeli political logic it made sense for the new Labor and Livni marriage to claim the name and call themselves the ‘Zionist Union’ though their policies and potential law makers are anything but Zionist or united if their historical quotes are to be banked on.

The Arab parties have united but most Israeli Arabs will choose not to vote which is their loss. The Orthodox parties are as fragmented as usual. Which leaves a range of center and right leaning groups to choose from. Many in the center swing further left and could cause a problematic victory by Labor (Zionists) and the coalition they’ll be forced to build.

The right is dominated by a Likud who’s key protagonists have departed in recent years and is led by the strength of Bibi alone. Yisrael Beteynu are all but a spent force and Naftali Bennett has a lot of work to do to rebuild respect after trying to field a footballer to his party.

So where are we left, well kind of in a mess though no more a mess than the various scandals and controversies that marred every other election in our recent history. The election will come and go, somebody will win and a fragile coalition will be formed. The fragile coalition will lack support and with overflowing infighting will fail to pass any meaningful social, economic or educational reform.

What we can be sure of, is our neighbors will attack us again during the next Knesset and this is where the gov’t will be truly tested and measured. Will the victors in March have done enough to preserve our security and protect our right to exist such that when called upon, the IDF will be able to confidently complete their missions and keep the people safe. Or will a left leaning coalition of peace-at-any-cost politicians be caught with their proverbial pants down.

Which perhaps is why we need a paradigm shift in Israel, a shift that is equal to the threats and strong enough to drive domestic policy forward.

With risk of sounding radical and extremist (which I assure you I’m far enough from) Our Jewish nation requires a sea change of thought. Our country needs to be governed and focused on the priority, the key issue that has, does and will unfortunately always be…Security. Let’s let the army stand strong at the helm of leadership, let us show our enemies the face of all that they truly fear. Whilst the army takes care of security the civil service in a true show of open market economics can be free to run the ministries without tripping over politics and revolving door Ministers.

Let’s consider answering our critics both at home and abroad with facts on the ground. Our military will be tasked with a single role, to ensure present day quiet and long term peace. Since our enemies wear uniforms of battle, so should we. Lets speak the language of our enemies since they refuse to speak ours of peace.

Let’s create infrastructures to allow the best of our countries minds to rise to the top of the civil service and deliver the people of Israel the kind of country they dream of, not one we’re told we should tolerate.