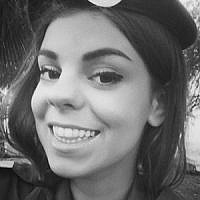 The Blogs
Delilah Schwartz
Apply for a Blog
Advertisement
Please note that the posts on The Blogs are contributed by third parties. The opinions, facts and any media content in them are presented solely by the authors, and neither The Times of Israel nor its partners assume any responsibility for them. Please contact us in case of abuse. In case of abuse,
Report this post.

My country is being pounded by rockets on all fronts – women, children and soldiers alike the targets of the Hamas terror machine. My mum, a tourist visiting from Australia, was sent out of a performance hall and into a squashy bomb shelter in the heart of Tel Aviv midway through a play. My boyfriend, an officer in an elite unit, is running on no food or sleep as he prepares on the Gazan front line. My friends’ fathers and brothers, years out of the army, have been called on reserve duty to base.

The tension is in the air. The country is on edge. My phone buzzes every few minutes as the application “Code Red” (an Israeli app that sends an alert every time an alarm goes off in an Israeli city) sends an update of which population has to run to their closest bomb shelter.

Before taking a shower this evening on base I had to consider how I would dress myself in a split second if the siren wailed – after all, I can’t exactly appear in all but a towel in the shelter in front of my officers.

The country’s anxiety is palpable, but my people are strong. As I scroll through the news alerts on my Facebook page I see jokes – “Hamas, please fire the next grad rocket at 7:30 tomorrow morning. My alarm broke and the sirens do the trick!”, “All this running to bomb shelters is doing wonders for my fitness! Keep it up, neighbour!

Jokes help to lighten the mood, but nothing can remove the hard pounding in our hearts when we hear the sharp call of the siren.

Of course, no one can deny that the citizens of Gaza too are suffering. More so than us, even. I too would be racked with fear if my own government used me as a human shield as they fired Grad rockets from my house. I would be utterly terrified if my ‘army’ threatened to lock me in a room filled with explosives if I heeded the Israeli warnings to evacuate.

The #gazaunderattack hashtag on Twitter, Facebook and Instagram is flourishing – filled with horrible, heart wrenching pictures of women and children wounded from Israeli airstrikes. What is missing, however, is the videos of Hamas leaders calling on Gazans to “love death like the Israelis love life”. Of their appeals to citizens to form a human shield around the martyrs and their bombs. Of their pride in their peoples’ united “industry” of terror. And whilst the West fumes regarding the latest news on “ISIS” and lashes out about radical Islam, it hypocritically turns and slams Israel from defending itself from the same radical Islam acting under the name “Hamas”.

As Israel fights one war with anti-missile technology and air strikes on terror cells, there is another war being fought – the war of Hasbara*. (*Hasbara = Explanation. The Israeli public relations campaign).

Hamas is well versed in propaganda. I couldn’t help but laugh at the preposterousness when I saw a screen shot from the horror movie “Final Destination 2” of a blown apart corpse declared as a photo of a Gazan civilian killed by the Israeli retaliation strikes. And yet, there are those gullible who do not see through the lies.

My appeal is to all Israel’s supporters living outside the blue and white borders. YOU can help Israel fight this online war.

Post the truth through hashtags such as #freegaza, #gazaunderattack, #freegaza #freepalestine – unfortunately when posting via #Israelunderfire and so forth, we’re preaching to the choir.

Israel needs YOU. As us soldiers put on our vests, and sling on our guns, we ask you to simply open your laptops and smartphones.

We, Am Yisrael, are a united nation. Both wars need manpower. Join the cause. 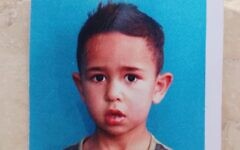