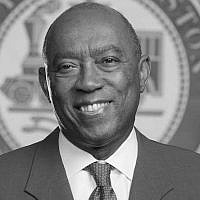 The Blogs
Sylvester Turner
Apply for a Blog
Please note that the posts on The Blogs are contributed by third parties. The opinions, facts and any media content in them are presented solely by the authors, and neither The Times of Israel nor its partners assume any responsibility for them. Please contact us in case of abuse. In case of abuse,
Report this post. 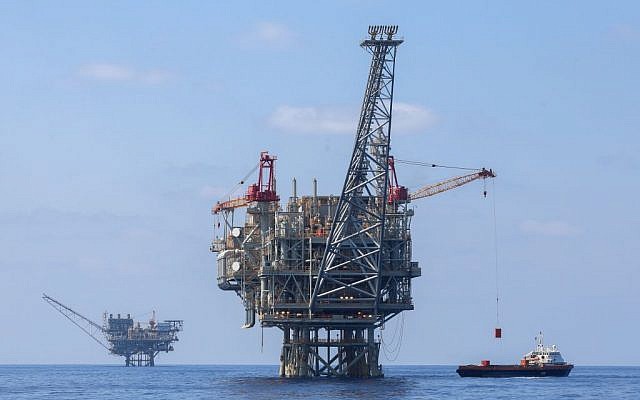 It’s no secret that Israeli technologies are changing the world, and this is especially true for the energy sector. The development of renewable technologies in wind, solar-thermal, photovoltaics (PV), smart grid and biofuels, as well as new software and hardware, have positioned Israel as a global source of innovative solutions to some of the world’s most pressing energy challenges.

But Israel isn’t just developing technology – it has also rapidly progressed from a country with minimal gas consumption to a potentially significant gas producer with attractive export opportunities. Texas, the energy capital of the world, has played a role in this transformation, largely led by Houston-based Noble Energy, and other key players.

I’m thrilled to be visiting Israel this week together with representatives from Houston’s leading companies. Although Houston Mayors have been visiting Israel for years, this is the first time a mayor of Houston has led a business delegation to the country. Our trip highlights the strong economic ties between Israel and Houston and our vision to continue creating mutually beneficial business opportunities. Israel has much to gain from Houston’s world-class knowledge, leadership and resources. Similarly, Houston stands to benefit from Israel’s unique R&D capabilities, creativity and Start-Up Nation spirit. Israel is a leader in the next energy frontier, and we must unite to build a greener, more sustainable and profitable joint energy future.

Israel’s energy capabilities have come a long way over the past fifteen years. The country’s first offshore field, Yam Thetis, began supplying gas in 2004, followed by the Tamar field in 2013. Both are majority owned by a partnership between The Delek Group and Noble Energy and almost exclusively supply the domestic market. However, it was the discovery of Leviathan in 2010 that catapulted Israel into the energy spotlight. The largest natural gas reservoir in Israeli territorial waters, Leviathan is estimated to contain around 500 billion cubic meters of gas and is set to start providing gas by the end of 2019.

The value of Israel’s natural gas potential will soon become even clearer, following the upcoming publication of a bidding tender for oil and gas exploration in 24 additional blocks. Indeed, there are high hopes that these reserves will not only positively impact the economy, but also aid the regional geopolitical situation.

Beyond traditional fuels, I am encouraged and inspired by the vast number of attractive and flexible renewable energy solutions coming from Israel. Houston is the largest municipal purchaser of green power in the U.S, using nearly one billion kilowatt-hours (kWh) of green power annually, representing over 85% percent of our total power needs. Investing in renewable energy not only provides sustainability, it helps protect us from market volatility in the long-term. Green power makes smart business sense and is an important tool cities can use to reduce carbon emissions and fight climate change.

Between the vast potential of Israel’s natural gas, and the growing number of renewable energy options, Israel is well on its way to becoming a major global energy player. The time is now to invest in Israel’s energy sector, and the world would be smart to take notice. That’s why the city of Houston, TX is jumping at the chance to develop possibilities with this future energy powerhouse. By working together, Houston will be able to leverage its experience and connections to help Israel dominate the energy industry in the Middle East. This will cause a groundbreaking transformation in the world’s reliance on foreign oil, creating a new and exciting environmental and geopolitical paradigm.

There is no doubt that Israel is the next frontier in energy, and Houston is dedicated to continue supporting and advancing Israel’s capabilities and help achieve a new global energy vision.

Elected in December 2015, Sylvester Turner is serving his first four-year term as Houston’s 62nd mayor. Prior to his election as mayor, Turner served for 27 years in the Texas House of Representatives. A life-long resident of Houston, Tuner is a graduate of the University of Houston and holds a law degree from Harvard University. For more information about doing business in Houston, visit the Houston eGov economic development site, or contact Sylvester.Turner@houstontx.gov .

About the Author
Sylvester Turner is the mayor of Houston, Texas.
Related Topics
Related Posts
Comments