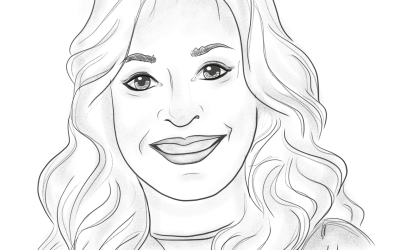 I am fascinated how many of my non-Jewish followers are interested in the flavors and foods of Jewish and Israeli cuisine. Many of my most requested recipes shared when I post my original menus include the flavors associated with ingredients tied to the Holy Land. I was every happy to learn more about this unique new cooking show, Food Fight, that debuted July 25th. It will run through the finale in August. Brynie Greisman one of Israel’s rising chefs, getting international recognition for her versions of traditional recipes with updated, healthier twists.

Brynie’s fascination with food began when she was a teenager in Brooklyn. Today she is proud to give so many people the wherewithal to prepare delicious, nutritious meals from her home in Jerusalem. It’s not just about giving over a recipe – it’s sharing enthusiasm for what she loves! She’s awed, humbled, and even amused when people she meets label her as a “food celebrity”! She’s been with Mishpacha Magazine for over a decade now, as a recipe and food columnist. In truth, her expertise lies in reconstructing an ordinary recipe into a palatable, healthier version appealing to everyone across the board, not only necessarily health minded individuals.
Brynie also gives workshops and cooking demos here and abroad to people of all ages. In addition she runs a successful home-based business, Tasty Lo-Fat Creations, for the past 11 years, selling whole wheat low fat muffins, biscotti, cakes and more.

According to Leah Gottheim, Vice President Of Kosher.com, this event is a new project that expands the evergrowing interest in everything related to Israeli, Jewish foods.

“We wanted to create a compelling show with suspense and drama and seriously talented chefs that you can learn from just by watching them in action. You can watch plenty of non-kosher cooking shows, but now finally there’s a show that uses all kosher ingredients and recipes that kosher cooks can actually make at home, no compromises or adaptations needed.

We’re really excited about the response so far, people are writing to tell us how excited they are that there’s a real, professionally produced kosher cooking competition show and how much they enjoyed watching it. Some people even sent us pictures of their kids watching it together with them! There was a real demand for this and we’re so happy that we were able to provide a great kosher show for families to enjoy together,” gottheim explained.

Background On The Show — Airing in July and August

Food Fight, the limited reality cooking show will highlight what these passionate foodies do with 30 minutes and one key ingredient. Their challenge: to create the dish that’s more beautiful, better executed, and above all, more delicious than the rest.

It all began in December when Mishpacha magazine hand-picked 10 talented contributors to submit a recipe featuring a surprise ingredient. The recipes were published on Kosher.com and printed in Mishpacha’s Family Table, and readers voted for their favorites. Like the Food Network’s series Chopped, one contestant was eliminated and the remaining nine went on to battle it out in a series of new culinary challenges.

By May, four finalists were still standing. Then things got really serious – the last three rounds were filmed. Through August, this fast-paced fight to the finish in a new web series, Food Fight, on kosher.com.

The moment the mystery ingredient is revealed, finalists have five minutes to plan their dish, ransack the pantry, and grab the equipment they need. Thirty minutes goes by lightning fast in the Food Fight kitchen, and every second counts while the clock is ticking!

Who will survive the pressure cooker? The contestant who wows the judges the most will take home a $5,000 gift certificate to Town Appliance to outfit the kitchen of their dreams. But really, everyone wins because all the recipes will be available on Kosher.com.

The recipes are available on the kosher.com site! All of them are linked to below the video here: https://www.kosher.com/shows/video/349/food-fight-the-final-four

Follow @cindyscorners on twitter and Instagram for the latest original recipes, table decor and shopping tips as she shares original tips from around the world on how to embrace holiday celebrating with ease and joy.