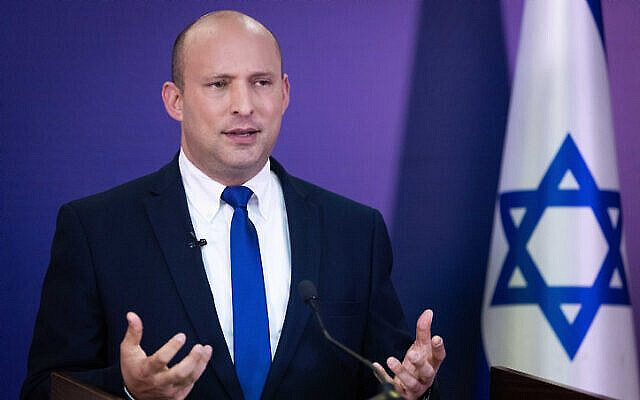 In recent months, some of my reporting on CTech has been surrounding the popular dating app OkCupid and what insights it can tell us about society. In March, I wrote about how people were 13% more likely to get a match if they signaled their vaccination status, and the following month I highlighted how 77% of Israelis express ‘concerns for the fate of the planet’ due to climate change.

Well, two months have gone by and an entirely new government has formed in the Knesset. Since OkCupid offers its users up to 5,000 questions that can be answered to determine the responses to some of these issues, and given my past interest in such data, I wanted a catch my own date with the company to find out more.

“We can add questions within seconds,” said Michael Kaye, the company’s Global Communications & Public Relations Manager. I caught up with him earlier this month to discuss two major things happening: the return of Tel Aviv Pride and the change of the Israeli government – a welcomed rotation after years of political and policy stalemate. “This weekend, when we were still getting the news alerts about Benjamin Netanyahu, we immediately added questions about how Israelis feel about the new government and how long they think the new government will last.”

One of the most striking aspects of OkCupid is how it differentiates itself from other dating apps. As well as conventional swipe and messaging services, the app also asks its users dozens of questions about a myriad of subjects helping determine possible matches among users. I once downloaded the app and was asked if I ate meat, and then suddenly challenged on my views about Trump’s border wall. “These questions are all about dating, relationships, and sex, but also politics, healthcare, climate change, gun control, marriage equality, and racial equality,” he told me.

Israel is a smaller country than most, and so we had to wait a few weeks for the data into Israeli opinion on the new government. Michael kindly followed up with me a few days after our call via email and provided the results from 1.5 million questions answered by Israeli users since Naftali Bennett became the country’s new prime minister.

How do you feel about the new Israeli government?

According to the data collected by OkCupid, more than half of single Israelis have no idea how successful the Bennett administration will be, only feeling relief that it represents a definitive government after all these years. Only 10% of Israelis think it will be a flat-out disaster, with roughly an equal share believing it will – or won’t – last at all.

If you think that politics is not a sexy thing to discuss on a dating site that people use to find love, then you might be pleasantly – or drearily – surprised. As I wrote in March: “In 2019, 53% of OkCupid users said they couldn’t date someone with the opposite political opinion – with that number jumping up to nearly 70% in 2021. In total, 32% of OkCupid would rather share the same political beliefs with their partners than have good sex.”

“We know this is a hot topic for daters,” Michael told me when I mentioned the relationship between dating and politics. “In Israel, we’ve already seen 380,000 users say they enjoy discussing politics.” In the email follow-up, he provided the data that showed almost 50,000 OkCupid daters in Israel have said they like to discuss politics with their partners in a relationship. Of those, 63% prefer that their date shares their political views.

So, Israelis like fighting on dates – what else is new? Well, in an announcement that would coincide with Pride Month, Michael told me that OkCupid was adding 19 identities – up from 41 – to help make the platform be more inclusive for those in the LGBTQ+ community who may not fit into traditional labels. These include anything from gender identities to sexual preferences, positions, and body shapes.

“Israel has always been supportive of our LGBTQ+ efforts,” Michael affirmed. “Tel Aviv, but Israel as a whole, is a very accepting and inclusive country, which is why in all the marketing campaigns we’ve ever launched in Israel, there’s always a nod to the community or some level of inclusive messaging.” OkCupid appeared on a float at the Tel Aviv Pride March this year, marking the first time the dating app ventured outside of the U.S for such an occasion.

I was first exposed to the amount of data that something like OkCupid could provide when I was still in art school and living in New York. In 2014, I read “Dataclysm: Who We Are (When We Think No One’s Looking)” written by its co-founder Christian Rudder. The book took what was at the time 10 years of data to show us what users thought about love, sex, race, and identity. Today, in a world engulfed with social chaos and politicized vaccinations, it might be time for Rudder to gift us with an update.

About the Author
James Spiro is a journalist and editor at CTech by Calcalist. With degrees from the UK and USA, he has a background in journalism, public relations, and political analysis. He has a weekly newsletter that goes out on Fridays (www.JamesSpiro.com/subscribe) and is active on Twitter: @JamesSpiro
Related Topics
Related Posts
Comments
Advertisement