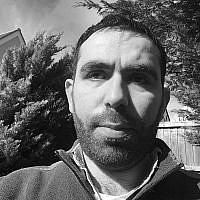 The Blogs
Eli Ezra
Apply for a Blog
Please note that the posts on The Blogs are contributed by third parties. The opinions, facts and any media content in them are presented solely by the authors, and neither The Times of Israel nor its partners assume any responsibility for them. Please contact us in case of abuse. In case of abuse,
Report this post. 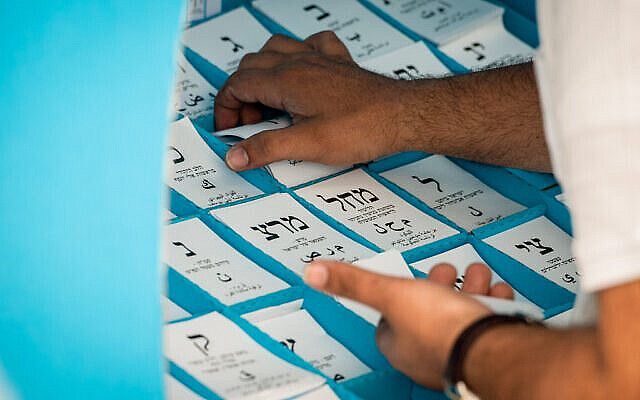 After the Fallout of last nights election, one thing should be obvious to all but the staunchest proponent of Israeli democracy; Israel’s democracy is broken almost beyond repair.

With the lowest voter turnout in recent years, apathy is beginning to creep in and with yet another general election looming, few will be relishing the prospect of heading to the Ballot Box for a fifth time.

Despite his decleration of  ‘ a massive victory’ for the right under his leadership, this result should be viewed as a personal failure for Netanyahu, the self styled saviour of the Israel right wing block. Despite once again being the largest party in the Knesset, Likkud have seen their tally of seats fall significantly since the last election which is generally viewed as a referendum of his rule.

Considering the fragmentary nature of Israeli politics, and the enormous number of political parties repressing the electorate it is hard to see the light at the end of the tunnel, or even the prospect of a fifth election resolving the deadlock in the Kenesset.

Despite seeing himself as a churchillian figure of Israeli politics, it cannot be ignored that Netanyahu has now lead Israel into possibly its deepest political crisis. Like all great dictators He has succeeded in creating a cult of personality around himself and managed to convince the people that he would be impossible to replace. Not so much of a magician , more of an illusionist who fools the people with sleight of hand.

This Netanyahu is not the same political animal that he was at the beginning of his career, who made his name with his hardline right wing  stance against terrorism. Much water has passed under the bridge since those early days, and although he has proven himself to have strong survival instincts a defining moment in his career was his toxic relationship with Barak Obama. Despite surviving eight years of the Obama presidency they never the less took their toll on the embattled Israeli Premier, with him surviving only to emerge a s a broken figure and a shadow of the man he was in hie early political career. Now it is apparent to all that if you apply enough pressure, Netanyahu will capitulate a critical failure for any Israeli Prime minister who faces one of the toughest Jobs in the world and must be strong enough to withstand the pressure exerted by the nations. Even today it is well known that it in fact his wife and son who are pulling his strings behind the scenes, and are the true power behind the throne of Israel.

One thing is for sure, Netanyahu has been in power for too long to relinquish the throne, either because of his lust for power or because of the fear of his impending corruption trial which is hanging over his head like a sword of Damocles. This is ironic because it is Netanyahu himself who holds the key to bringing Israel out of this crisis. Instead of monopolising the vote on the Israeli right, Netanyahu must fall on his sword and give the next Israeli leader the chance to emerge from his shadow. Only by putting his selfish political interests to one side and doing what is in the genuine best interests for the country, can he truly redeem himself and leave Office as the saviour of Israeli politics. The ‘magician’ could only then pull one last rabbit out of the hat.

About the Author
Eli Ezra was born and educated in England, and graduated from University with Bachelor's degree in mechanical engineering. In 2005, he moved to Israel and spent a couple of years working in the engineering industry. He later moved back to London to further his career. Eli Hopes to eventually move back to Israel and live there permenantly.
Related Topics
Related Posts
Comments