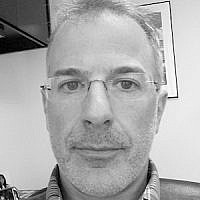 The Blogs
Scott Bernstein
Apply for a Blog
Advertisement
Please note that the posts on The Blogs are contributed by third parties. The opinions, facts and any media content in them are presented solely by the authors, and neither The Times of Israel nor its partners assume any responsibility for them. Please contact us in case of abuse. In case of abuse,
Report this post.

Within the last week, Benjamin Netanyahu has fired the two center- left leaning ministers in his coalition government and called for new elections. The removal from their posts of Yair Lapid (Finance Minister) and Tzipi Livini (Justice Minister) came in the wake of the government’s sponsorship of the controversial “Jewish State” bill. The proposed legislation, legally designating Israel as a Jewish and democratic State, exposed some of the ideological differences among the various political parties represented in the current Israeli government.

By all accounts, Israeli voters, who in the 2013 elections gave a plurality of votes to centrist parties, have shifted to the right in the wake of Israel’s most recent war with Hamas. As Israel came under unrelenting rocket fire from Gaza and intense public relations fire from most of the international community, a “bunker mentality” has understandably taken hold of many Israelis pushing security of the Jewish state to the forefront. For the moment, at least, the Peace Now movement has been marginalized. Mainstream left leaning parties differentiate themselves from the right by talking about economic opportunity and US relations rather than pushing for renewed negotiations with the Palestinian Authority. Clearly, supporting land concessions and a division of Jerusalem in exchange for peace with the Palestinians will not be a winning platform for any candidate aspiring to become the next Israeli Prime Minister.

As Israeli voters prepare to go to the polls in March, they will likely not take into account the views of the world’s 6.2 million Diaspora Jews living outside the Jewish state. While obviously not having as much at stake as Jews actually living in Israel, Diaspora Jews are to a greater degree than at any time in history, directly impacted by what goes on in Israel and in particular the perception of Israel around the world.

Lost in the news of Bibi dissolving his ruling coalition was an announcement that the Knesset had established a “foreign relations caucus” charged with improving “the status of Israel’s diplomats and [making] foreign relations a higher priority for the government”. This was clearly in response to the summer’s Operation Protective Edge which was by all accounts a military victory over Hamas and a diplomatic-public relations disaster for Israel…and for Jewish communities abroad. The backlash in Europe in response to endless news coverage of civilian deaths in Gaza was severe. Israel and its supporters were excoriated by media outlets in the UK and around Europe. In the streets, Jews and Jewish property, including museums, synagogues and restaurants came under physical attack by Muslim residents. Anti-Israel sentiment unearthed a vicious and latent anti-Semitism. Even now, several months after the end of the conflict, Jewish residents in France, Belgium and Hungary as well as other parts of Europe, dare not wear kippot while walking in the streets lest they come under spontaneous assault. To date, a record number of 5000 French Jewish citizens have made Aliyah to Israel this year. Unbelievably, sixty nine years after the fall of the Third Reich, we question whether there is a future for Jews in Europe.

As we approach 2015, we know for sure that the bulwarks of Jewish society exist in two places and two places only on this earth….Israel and the United States. Out of a total world population of 16 million, 81% of Jews reside in these two nations and for the immediate future that number is likely to only increase. Are the two community’s co-dependent?…perhaps. Surely, though some Israelis, particularly on the far right, may think differently, Israel’s future would be very tenuous without the support of a vibrant, vocal and financially able American Jewish community. We send our money and our children to Israel. We support pro-Israeli candidates and publicly expose those who harbor anti-Israel or anti-Jewish positions. This summer, we blogged and marched and protested in defense of the one and only Jewish state.

With its economic and military might and its veto power at the United Nations Security Council, the United States remains the most influential player on the international stage. What American Jews lack in numbers, they have made up for in terms of influence. Jews in the United States have thrived like no other community in the history of the Jewish people. Our economic and political clout on both sides of the political spectrum (in addition to the vibrant support of evangelical Christians) means that candidates for national office ignore or downgrade US-Israel relations at their peril.

Because of the ever increased importance of the American Jewish community, the much cited findings of the 2013 Pew Research Center, entitled “A Portrait of Jewish Americans,” should be of utmost importance to forward thinking Israeli leaders. Simply stated, Israel is less important to (i) the growing number of unaffiliated Jews and (ii) younger Jews as well. Moreover a “plurality” of American Jews (44%) believes the building of Jewish settlements in the West Bank hurts the security of Israel, according to the Pew report.

What is perhaps most interesting is that the Pew report states that 70% of American Jews “identify with or lean toward the Democratic Party”. One might have thought that those numbers would have moved after the events of this past summer what with the frequent criticism from both the State Department and President Obama of Israel’s military response to the barrage of Hamas rockets. However, the results of the November 14 election only confirm the Pew findings. According to J Street, 69% of Jews voted for Democratic Congressional candidates. (Times of Israel, November 6th).

In addition to the political issues, the growing Orthodox monopoly within Israel on religious issues such as marriage and conversion, also risks alienating the 90% of non-Orthodox American Jews. Recently, both the American Jewish Committee and the Jewish Federations of North America each formed new platforms, J-Rec and iRep, respectively, for the sole purpose of explaining to Israeli leaders that they are alienating young American Jews. American Jews are moving away and to the left from the policies of the present Israeli government while prospects are strong for an even farther right government after the next election.

So should any of this mean anything for Israeli candidates? It should. What Israeli leaders say and do have consequences for the Diaspora and like it or not for the Diaspora’s continued support of Israel. More to the point, Israel cannot afford to lose the support of American Jews and their desire to exercise their influence in support of the Jewish state.

About the Author
Scott Bernstein is a fifty something father, husband, lawyer, business owner, committed Conservative Jew and all around curmudgeon. He steadfastly defends the center in all matters personal, political and religious.
Related Topics
Related Posts
Comments