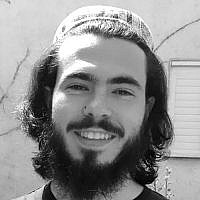 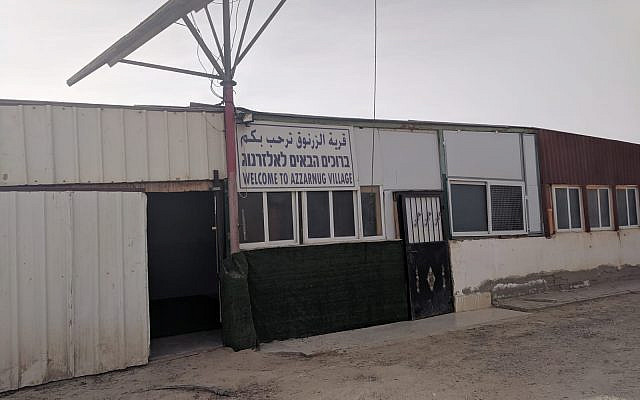 On Israel’s upcoming Election Day, March 23, many Bedouin Arab citizens of Israel living in unrecognized villages in the Naqab (Arabic for the “Negev” desert) will be unable to vote in their place of residence. For many, voting even marginally near their homes will be a near impossibility. Among myriad other areas where such villages are deprived of basic infrastructural needs, the formal status of the villages — whereby Bedouin homes are not considered legal places of residence — gives rise to a situation in which Bedouins must vote in legally registered townships. In some cases, they must travel up to 60 km from their homes to vote, according to The Abraham Initiatives, which has campaigned and filed petitions pushing to reverse this policy.

The state of affairs that has cropped up is a de facto form of voter suppression. As citizens of the state of Israel, Bedouins have not been stripped of their right to vote. One might argue that those who care about their ability to participate in the democratic process can realize their desire by getting into their cars, and driving to the nearest recognized townships, where they are registered to vote. The reality on the ground, however, makes such practical steps quite impractical. Many such villages lack basic infrastructure such as public transportation or well-planned access roads, on top of the fact that many who may wish to vote do not have access to a car. Consider the following situation: two Bedouin Arabs marry, each from a different regional jurisdiction, each registered to vote in different recognized towns. They have one car if they are lucky, both busy with work and children; for each to vote, they must separately, on the same day, drive the car many kilometers in different directions. Technically possible? Perhaps. But is their access to ballots equal to that of citizens in recognized areas? Not at all.

A significantly low Naqab Bedouin voter turnout relative to the rest of the population is also indicative. We might point to many reasons for low voter turnout in the Israeli context, including socioeconomic status, geography, education, and age — factors that might contribute to a low turnout anywhere, recognized or unrecognized. While any such factors might apply to the Bedouin population, low Bedouin voter turnout for any reason, especially a lack of trust in political representation and progress for their communities, is undeniably exacerbated if not engendered by a system in which their vote is suppressed. According to an Abraham Initiatives presentation to the Be’er Sheva Regional Elections Committee, when comparing the percentage of overall voter participation among all Arab citizens (53.4%, 2009; 64.8%, 2020) to that of Bedouin Arabs from 2009 to 2020—layered upon a comparison of voter participation within Recognized Bedouin Arab townships (35.9%, 2009; 56%, 2020), to that of tribal voting (24.6%, 2009; 43.9%, 2020) — it becomes abundantly clear that distance from voting stations is a principal cause of lower voter participation among the Negev’s Bedouin citizens in unrecognized villages, which, since 2009, peaked at 43.9%, in contrast with Israel’s overall population peak at 72.3%.

It is important to note that while voter suppression is a de facto rather than de jure policy, this is not to say that it is simply a matter of passive negligence. Archival research has uncovered election slips belonging to members of the Al-‘Uqubi Tribe, demonstrating the presence of voting stations in tribal Bedouin villages as far back as the 1949 national elections, when Bedouin and Palestinian Arab citizens were under strict Martial Law, to boot. What’s more, it is well known that special voting stations are installed for small, remote voting groups — on-board ships, for diplomats overseas, in prisons. These facts challenge any claim that the government does not have the legal mandate or institutional resources to discharge the basic democratic right of every citizen to vote. This fact, in contrast with the current reality, is indicative of active and ongoing governmental entrenchment of a policy that deprives residents of unrecognized locales of their basic needs and rights, in an effort to gradually incentivize swaths of the Bedouin population to move to the seven recognized townships. This policy is rigorously promoted by the Regavim NGO (in concert with numerous government authorities attending to Bedouin and land issues), which is also responsible for aerial surveillance of even the most minor structural modifications, instigating incessant home demolitions.

To understand present-day Israeli government policy surrounding recognized and unrecognized towns in the Negev, we must look to the origin of this distinction, beginning with the early history of the state. After 1948, the policy of expropriation and nationalization of significant portions of Bedouin land laid the groundwork for a process, beginning in 1966, of forced urbanization of much of the Naqab population. This process is ongoing: today at least half of today’s southern Bedouin population lives in the seven planned townships. Urbanization’s onset coincided with the 1965 Planning and Building Law, which redesignated most Bedouin land as agricultural, natural, or military zones, giving rise to the notion of “unrecognized villages.” Many such structures were standing prior to 1948, and retroactively deemed illegal.

In 2007, the Israeli government initiated the Goldberg Commission, which effectively sought recognition for most unrecognized villages, and would allow illegal structures to be recognized and connected to infrastructure. This plan was lauded by Bedouin rights activists at the time. In 2013, the Prawer/Begin Plan was launched as an update of the Goldberg Commission. In what was decried by Bedouin society as a major reversal of Goldberg, Prawer/Begin proposed discriminatory planning policies, and stated its preference for transferring populations from unrecognized villages to extant townships or recently recognized villages.

Last week, as part of my yearlong Yahel Social Change Fellowship, I went on a tour of the unrecognized village of Az-Zarnoug, facilitated by Odeliya Matter of the Negev Coexistence Forum for Civil Equality, where we met with local residents Muhammad Abu Kweder and his family. He confirmed that in order to vote, he has to travel 10 km to the recognized township Tel Sheva, an experience that makes voting burdensome. It was very telling that he almost treated my question about the ballots as a throwaway, a lost cause with an obvious, bleak answer. He, his family members, and his village have faced home demolitions — after which children have been known to return home from school to a pile of rubble, having momentarily forgotten about their own home’s destruction the previous week; the patent threat of police violence towards any civil resistance to demolition; a full year of forfeited schooling during covid, due to lacking internet, which has also jeopardized his daughter’s college exams; land-use restrictions and targeted destruction of agricultural lands by the Jewish National Fund; the need to purchase many-times more expensive infrastructural water and electricity systems; and countless other systemic injustices.

In this reality, both the inconvenience of voting and a lacking desire to do so should be obvious when all trust in the government and faith in any future security and prosperity has been squandered. In fact, The Abraham Initiatives has identified the Naqab-specific problem of voter suppression as a question of human rights; given that many of the cumulative conditions that make for the civil rights violation of voter suppression are themselves human rights violations, the inability to vote is almost an obvious redundancy, as it stems from a context of compromised human rights.

The appropriate solution would be to immediately station ballots in every Bedouin settlement, irrespective of its recognition status, a policy that could make use of already-existing, recognized public buildings (e.g. schools) as voting stations. With such a policy, the government would be making a formal statement confirming the principle that one’s current living situation should have no bearing on one’s right to vote. To this end, The Abraham Initiatives, together with the Israel Religious Action Center, petitioned the Central Elections Committee. The committee insists that they do not have the authority to intervene at this time regarding the locations of polling stations. The two NGOs followed up by proposing a temporary solution, whereby the government would offer transportation options to village residents, the frequency of which would be delineated based on the village’s number of voters and their distance from voting stations. Such a solution, modeled after the extant school transportation system to and from these villages, would be in accordance with Section 134A of the Elections Law, cited in a recent response from the Legal Council of the Central Elections Committee. As recently as Jan. 10, 2021, the committee claimed that it “invests much effort to provide for all those with a legal right to vote, to realize their right on election day, equally… achieved through funding transportation to voting stations by public transport.” Considering that most unrecognized villages have no public transportation infrastructure, the only viable solution in accordance with this clause, short of bringing ballots to village residents, would be offering subsidized rides via vans or buses. As of now, it seems that the council remains stubborn, and will not accept even this interim solution.

In the short term, temporary solutions may greatly rectify the undemocratic situation at hand. While such solutions are more than welcome at this time, it is important to recognize that a status quo that establishes a de facto linkage between one’s place-of-residence and their right to vote is indicative of the state’s attitude towards Bedouin citizenry. Given that the right to vote—and do so accessibly—is constitutive of one’s citizenship status, the continuation of the suppressive status quo would, in essence, further confirm that Arab citizens of Israel, in this case, Bedouins, are treated as second-class citizens.

About the Author
Adam graduated from Northwestern University in 2019, where he studied History, Religious Studies, and spent six months in Jordan studying Arabic. He is now living in Lod, Israel as a Yahel Social Change Fellow, where he volunteers in an Arab high school and is also an intern at The Abraham Initiatives, which builds shared society and promotes political and social equality for both Arab and Jewish citizens of Israel.
Related Topics
Related Posts
Comments