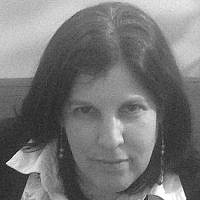 We all grow up knowing that Hebrew is a revived language. This is how history is presented to us. Very few, if at all, have ever doubted that we speak a Semitic language, evolved from Biblical and Mishnaic Hebrew.

Is it really? When looking more deeply into the structure of Spoken Israeli Hebrew, things appear completely different. Spoken Israeli Hebrew is different from ancient forms of Hebrew in almost every linguistic aspect. Different to the level of defining two separate languages; one is ancient, the other is new. Obviously, the difference is not a result of language evolution, as we see in other languages; there is a cut out of almost 2000 years between the old Hebrew forms, and our Israeli Hebrew.

For many, language is considered a collection of words. But languages are much more complex systems than just a random set of words. They are a whole world of contents. Language is a human system of communication. Each language has a unique set of sounds, common to all speakers of that language. Various combinations of these sounds represent objects and notions in the real world. We call them words. Grammar rules determine how words are created, pronounced and ordered to express meanings. These rules define the relations between the elements in the language, which together form the final contents we transmit to others. These rules are common to all speakers of the same language.

Languages have native speakers – those who acquired them during childhood, and use them daily to communicate with people around them. Language acquisition is a biological process that we humans all undergo. Just like we learn to sit, stand, and walk, we learn to talk. We are all born with a linguistic system that allows us to acquire a language. For each of us, it takes between 10 to 12 years to complete the language acquisition process. At the end of the process, the system with the linguistic properties of our native language is permanently stored in our brains. This system contains all the information about our native language that we need for communication: how to combine the various sounds into single words, how to form phrases and expressions from these words, how to combine words and phrases into meaningful utterances, and how these utterances are embedded into appropriate contexts. Our language system is unconscious; it is not an organized textbook like the ones taught in schools. The rules are imprinted in our minds, and the acquisition process is our practice. After the acquisition process – no mistakes are possible. They don’t occur among native speakers. All native speakers of the same language share the same set of rules. Otherwise, they would be unable to communicate with one another, that is, to produce coherent speech, and comprehend other people’s speech.

The natural process of language acquisition is not a result of imitation, as is commonly thought. Children do not mimic the adults, but rather they use innate rules, which are filtered over the years, depending on what they hear in their immediate environment. Children will not speak in a foreign accent, even if their parents do – proof that they do not mimic. Children also produce words, expressions, and sentences, they have never heard before – proof that they are guided by rules, and not by imitation.

Back to Hebrew and Israeli Hebrew: how is language acquisition relevant to the history of the latter? The answer will come shortly.