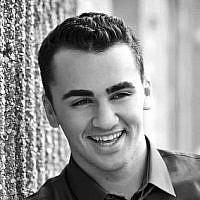 The Blogs
Brandon Less
Apply for a Blog
Advertisement
Please note that the posts on The Blogs are contributed by third parties. The opinions, facts and any media content in them are presented solely by the authors, and neither The Times of Israel nor its partners assume any responsibility for them. Please contact us in case of abuse. In case of abuse,
Report this post.

On December 8, I sat in Jerusalem’s Cinema City movie theater, surrounded by hundreds of other excited gap year students, all of us there to watch the IDF experience unfold before our eyes. We watched a group of young teens, the same age as many of us, transform from high school students to fully fledged tzanchanim (paratroopers) who run 65 kilometers, working together to achieve their goals, trusting one another’s strengths and supporting each other through the tough times. 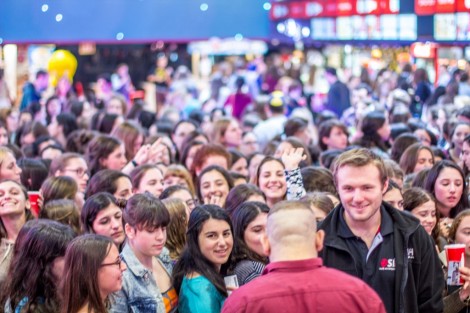 The film that riveted us was Beneath the Helmet: From High School to the Home Front, and the latest release of the Israel education organization Jerusalem U.

This full length documentary tells the story of the lives of IDF soldiers, focusing on five young people: Privates Oren Giladi, Eilon Kohan, Mekonen Abeda, their officer First Lieutenant Eden Adler and Sergeant Coral Amrani. Each soldier had a unique background – from Mekonen, an Ethiopian immigrant struggling with his circumstances, to Eden, a sabra who overcame childhood difficulties to rise in the army ranks.

It was amazing to hear the soldiers’ perspectives on why they were doing this – dedicating three years of their lives to serve, when, as Eilon put it, “American teens are just finding their stride.” The cameras also follow the soldiers into their homes, offering a perspective of who these soldiers are when they aren’t acting as soldiers.The movie shines a positive and intimate light on the army and what it does not only for the country, but also for the soldiers.

I was extremely moved by Mekonen’s story – Mekonen is an Ethiopian immigrant who had to deal with the real need to financially support his family and the army training program that demanded no less than 100% of his dedication. His dedication as a soldier earned the deep respect of his entire company. I don’t want to give away too many spoilers, but from Mekonen’s story I began to understand that the IDF is more than a military, but also a guiding tool in the lives of young Israelis. The movie offers a fresh perspective on the IDF as a unifying force, as a reflection of Israeli values and as a symbol of Jewish unity. I left Beneath the Helmet feeling more connected to Jews across the world – in Israel, Switzerland or Ethiopia – and especially to IDF soldiers.

Living in Israel, I encounter soldiers every few minutes as part of daily life, whether on the Hebrew University campus, on Ben Yehuda street, or on the bus. But, after seeing the movie, something changed. The next day, on a run parallel to the Old City walls, I ran past a soldier carrying his gun and, for the first time, I felt connected to this stranger in a uniform, almost like I knew him and who he was – like he was a celebrity whom I’d developed a personal relationship with, even though we had never met. In that moment, I understood him and what he was protecting – our continuity and unity. The IDF’s role is not only protecting Israeli citizens, but also safeguarding the Jewish People.

Beneath the Helmet had attached nuances to my understanding of the Israeli army, and a greater conviction for the state itself. I may not always agree with the orders that politicians make, but I do respect those who fearlessly pledge their lives to protect all citizens of Israel and the Jewish People.

At the end of the event, Oren Giladi, a soldier from Switzerland, told the audience something that really resonated with me: “You don’t have to wear the uniform to defend Israel.”

You can see the trailer to Beneath the Helmet here:

About the Author
Brandon is currently on his gap year in Israel on Nativ, and is a Jerusalem U Oz Fellow. Originally from Minnesota, he plans on studying at Brandeis University.
Related Topics
Related Posts
Comments