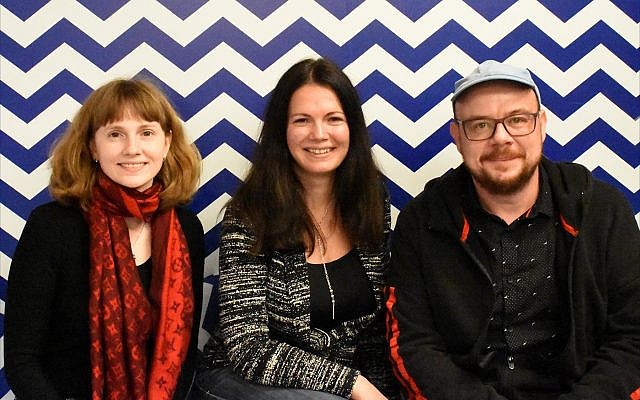 From left: Daria Kondrashova of Russia, Lyudmyla Novoselsky of Ukraine, and Andrei Zienko of Russia are all software developers and participants in Gvahim, a Tel Aviv-based nonprofit organization that helps new immigrants to Israel find professional jobs. (Larry Luxner)

TEL AVIV — Back in her native Ukraine, Lyudmyla Novoselsky was chief technology officer for Ignite Ltd., an Israeli software outsourcing firm. She and her husband, who’s also a software engineer, made aliyah in March 2019. They and their 7-year-old daughter live in Petah Tikva.

“I worked for that company for five and a half years, and had a nice relationship with the people and the culture. But we didn’t see a future in Ukraine,” said Novoselsky, 39, originally of Kyiv. “The fighting [in eastern Ukraine] started in 2014, and something clicked in our minds. We wanted a better life for our daughter and for ourselves. That’s when we began thinking to leave.”

Here in Israel, the job search hasn’t been easy — even though Novoselsky’s husband continues to work remotely for the same employer he had while still living in Ukraine.

“When I started, I was applying for any relevant managerial leadership role,” she said in a recent interview in Tel Aviv. “Later, I realized that I’d be a better fit for companies that either want to build an offshore center in Eastern Europe, or they already have one and they’re facing challenges, and they want someone like me who can help them grow.”

Andrei Zienko is a senior full stack web developer, meaning he knows how to develop both client and server software. Besides mastering JavaScript and Python, people like Zienko also know how to program browsers, servers and databases, using any number of computer languages such as C# or SQL. 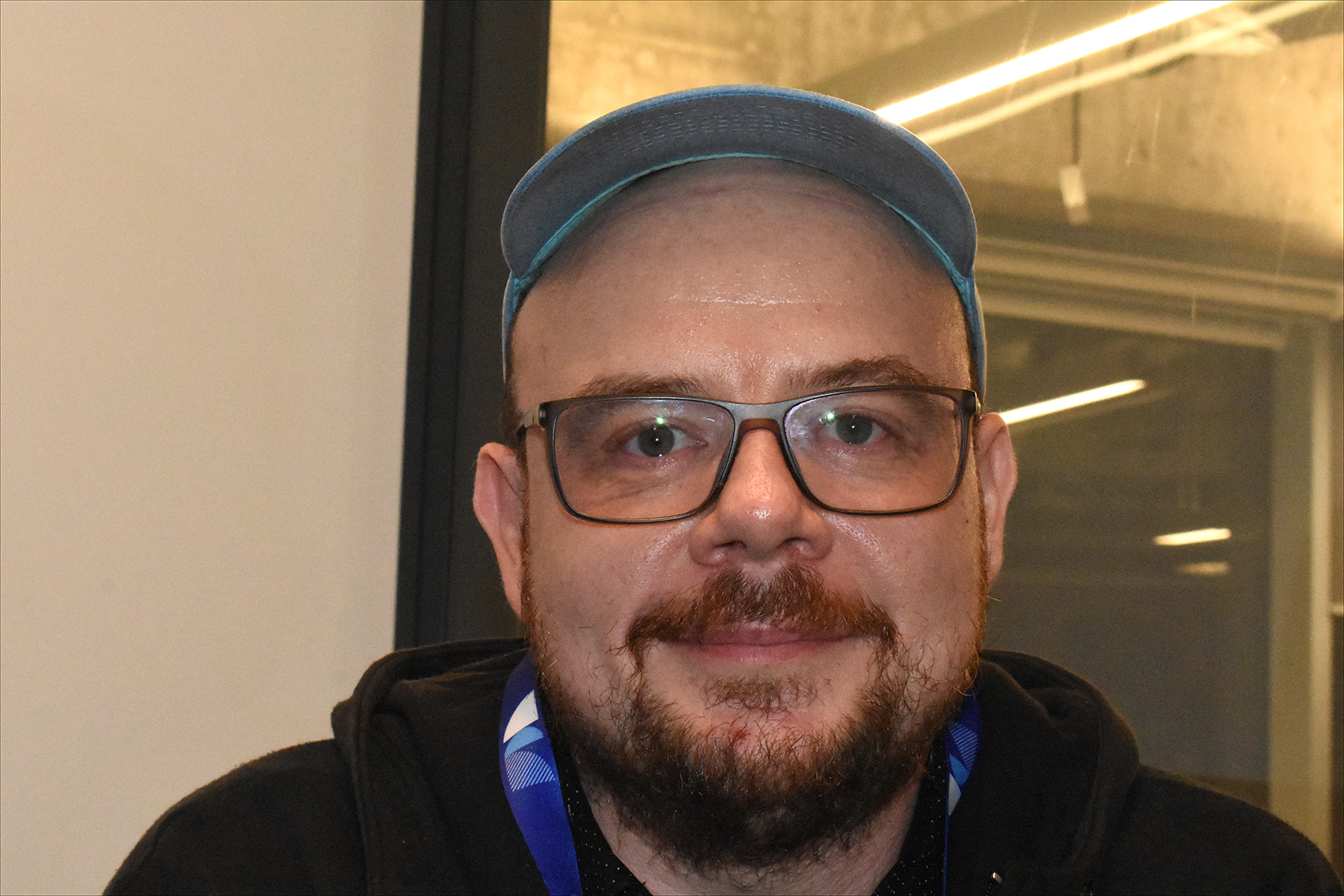 Born in Smolensk — a city about 360 km west of Moscow, near Russia’s border with Belarus — Zienko attended Moscow State University and didn’t find out he was a Jew until a year ago. Last June, he and his wife moved to Israel.

“My mother never told me, but I read a lot and found out that Jews can come and live in Israel,” he said, laughing at the revelation. “My uncle lives in Ramle. He’s a Jew, and he’s the brother of my mother, and that means she’s also Jewish, and therefore I’m a Jew, too.”

Zienko went to the Israeli consulate, explained his situation, filled out various forms — and five months later, received his Israeli immigrant visa. He’s currently working as a freelance software developer in Tel Aviv — which he says is particularly conducive to the startup culture.

It’s precisely new immigrants like Novoselsky and Zienko who can help supply Israel’s booming tech innovation sector with the talent it needs to continue growing. According to the latest survey from Start-Up Nation Central and the Israel Innovation Authority, Israel lacks around 18,500 skilled workers — mainly senior software engineers and data scientists with at least three years of experience. 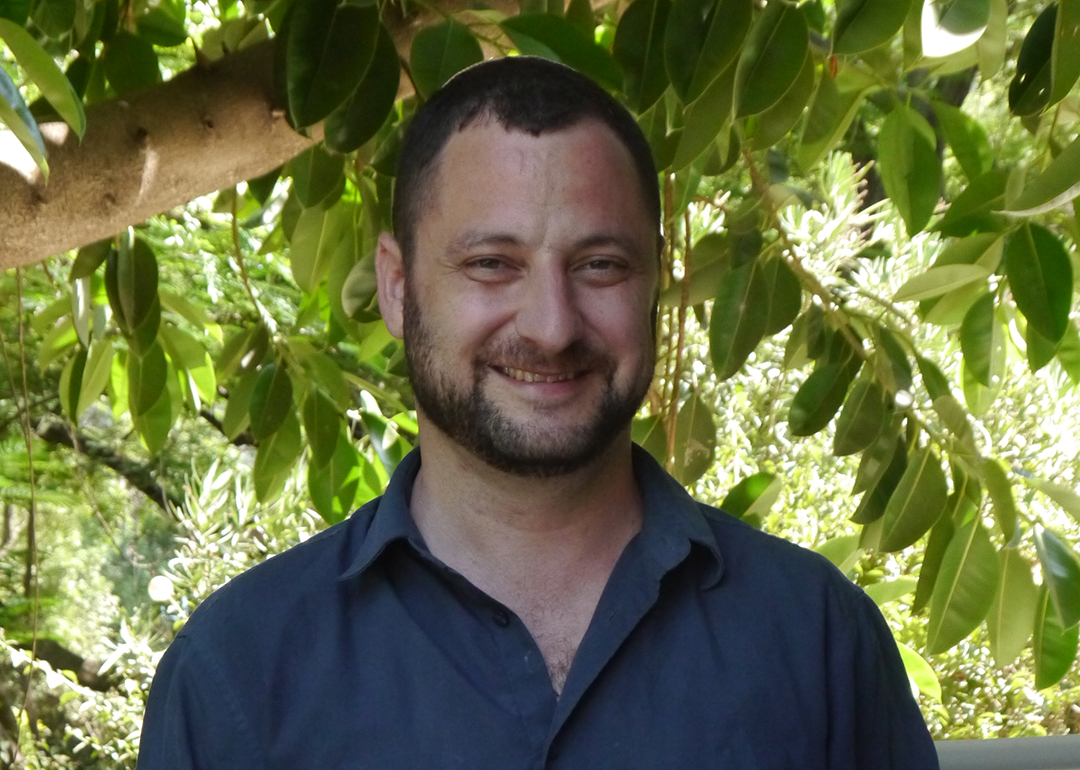 “We offer a new approach to help bridge the shortfall of engineers,” says Jonni Niemann, director of Gvahim’s Tech Heights program. “This year, we aim to infuse the Israeli tech ecosystem with 130 olim software developers and data scientists, 70% of which will be senior developers with in-demand skills from overseas, who can immediately step into the company and make an impact from day one without any retraining.”

He added: “We will do that by primarily tapping into the large pool of aliyah-eligible Russian-speaking software engineers who have the right of return. And we’re also very active in the U.S. and French market.”

Among other things, Gvahim — which charges nothing for this program — offers an assessment, either by phone or Skype, with a Gvahim staff member; webinars on the Israeli job market; employment offers from Gvahim’s online network; resumes adapted to the Israeli market, and one-on-one meetings with a professional career consultant.

According to Niemann, half of the program’s olim find jobs at small startups, which are precisely the companies that suffer most from Israel’s shortage of human capital, since they have such a hard time competing with huge multinationals like Amazon, Google, Facebook, Apple and Microsoft.

“Google alone has 1,600 workers in Tel Aviv, most of them software engineers,” Niemann said. “Someone who works at Google usually won’t leave, thanks to the benefits — not only a great salary but also health plans and work flexibility, and the fact they’re working with incredibly gifted people on so many cool projects.” 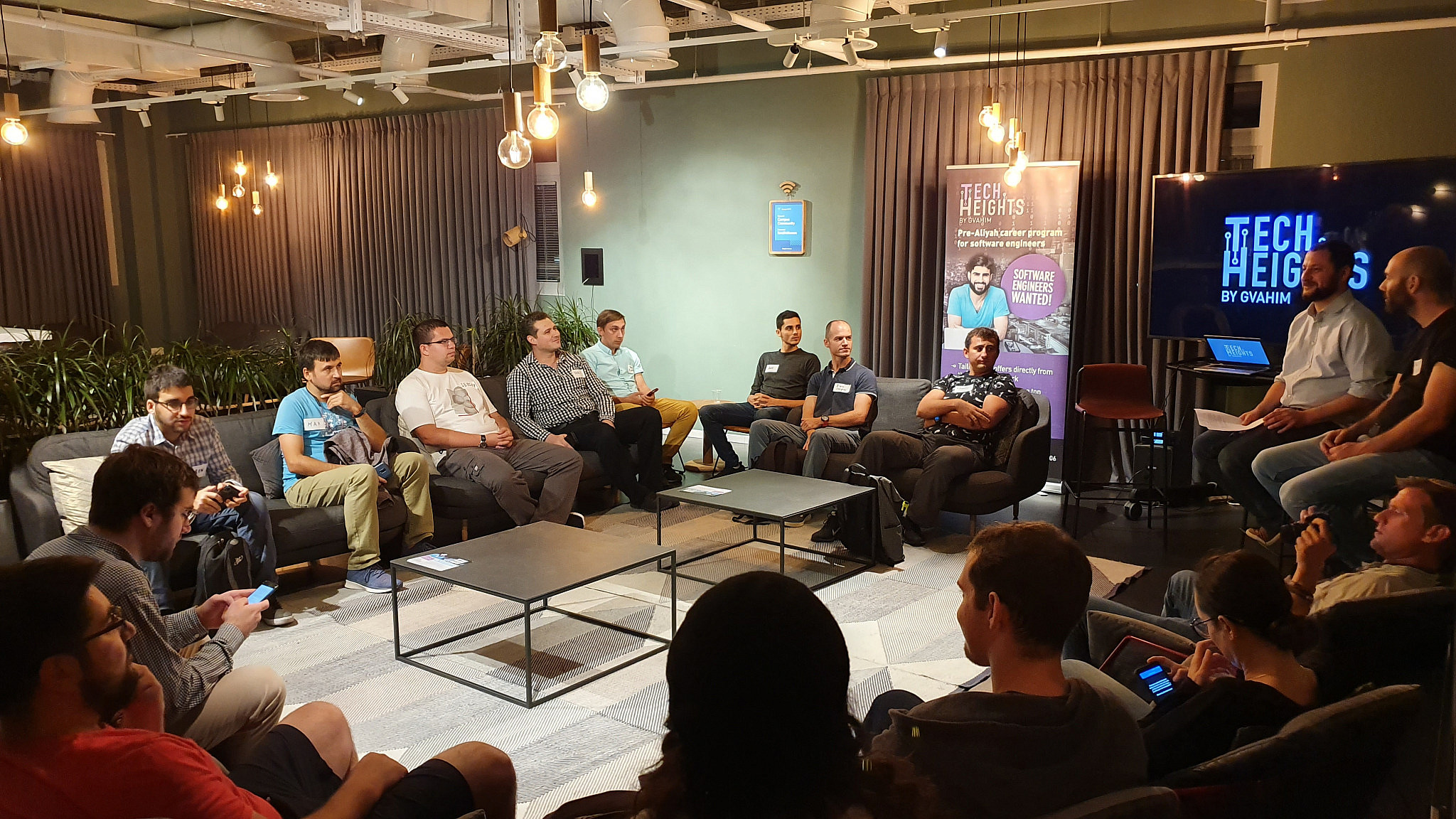 Niemann, 41, made aliyah at the age of 27 from his native Denmark. For the last year and a half, he’s headed Gvahim’s Tech Heights program, which is funded by the Paul E. Singer Foundation.

“The foundation wants to strengthen Israel’s human capital,” he said. “They know that in order for the economy to grow, you need to provide human capital. The problem is not that there are fewer engineers, but rather more demand.”

Gvahim: ‘A lot of projects are getting shelved’

Last year, Tech Heights by Gvahim helped 96 new immigrants from 18 countries. About 75% of them were senior engineers (with 3+ years experience), and two-thirds were from the former Soviet Union.

“There’s only a limited amount of software engineers at the highest level, the ones who graduate from [the IDF’s] Unit 8200, which everyone is fighting over. These are the best of the best, and the ones who can offer them the best packages are usually the big multinationals,” said Niemann.

“But there are thousands of other startups — medium-sized companies that will just have to take from shelf number two, three or four. More and more of these multinationals are coming in, and the level of available engineers gets lower and lower, and that makes it incredibly difficult for small startups.”

He added: “They’re always looking. They’re always telling me that if they can’t get the good ones, they don’t want to hire anyone. That means a lot of projects are getting shelved.” 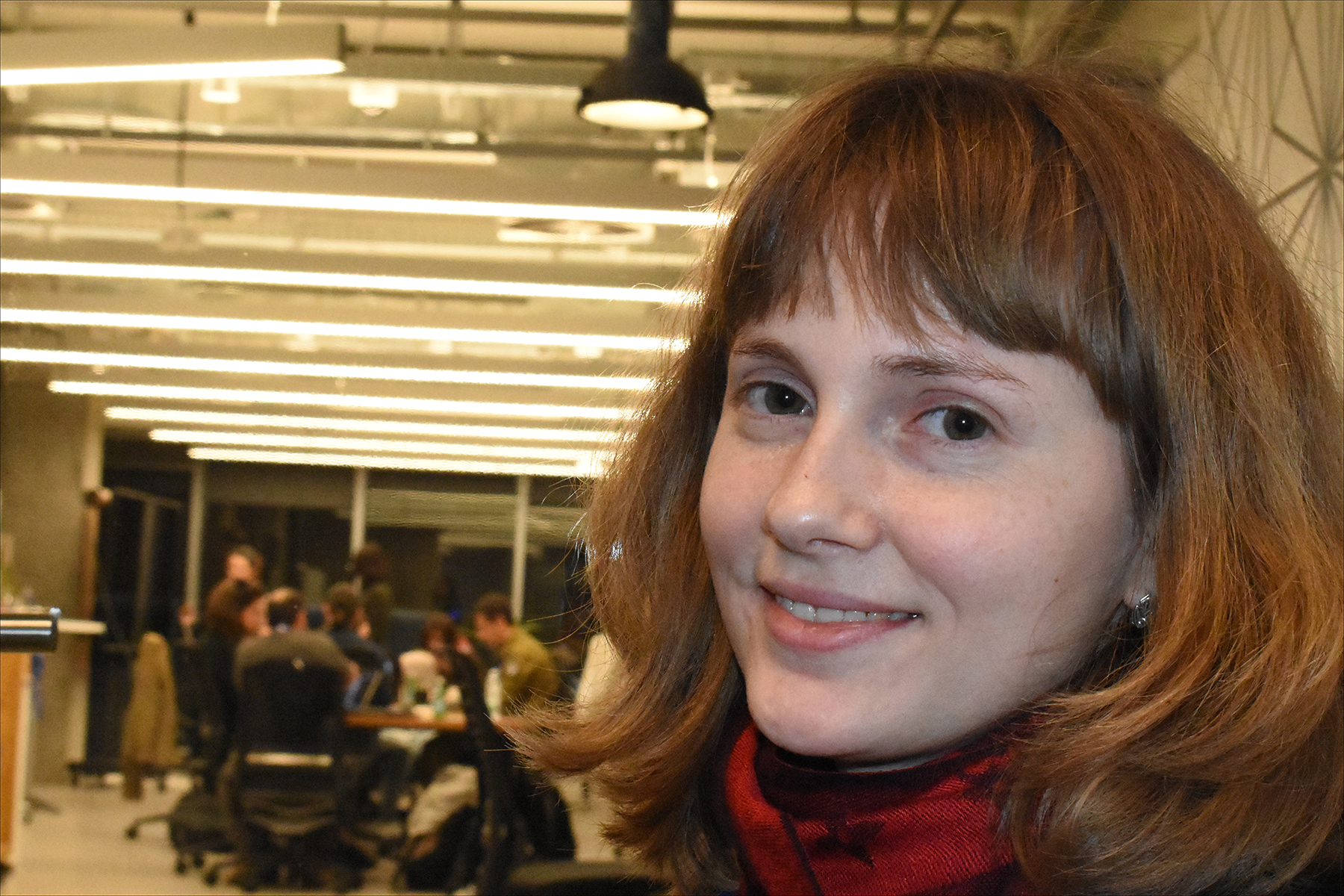 Daria Kondrashova, 29, was lucky. Like Zienko, she’s also a full stack web developer. She and her husband, who also works in IT, made aliyah in March 2018 from the Russian city of Ufa. After a month, they returned to Russia so she could finish her master’s degree.

Thanks to Tech Heights, Kondrashova was able to find a job at Seeking Alpha, a financial tech company based in Raanana that provides real-time stock market data for investors. It was her first interview in Israel.

“In Ufa, there is little opportunity to work,” she said when asked why they moved here. “My husband had a remote job from Shanghai so we could move anywhere, and he still has this job; he doesn’t want to find a new one. Some of my family lives in Moscow and we were thinking of moving there, where salaries are three times more than in Ufa. But we didn’t know what kind of future we’d have in Russia.”

Landing the ideal job in Israel

Kondrashova lives in Hadera, but because she spends an hour each way getting to and from work, she doesn’t have time to go to an ulpan to learn Hebrew. Even so, she said, “I like my job. They are good people and employ Russians and Americans. I have an opportunity to improve my English while not forgetting my Russian.”

Zienko hasn’t been as fortunate when it comes to finding the job of his dreams. 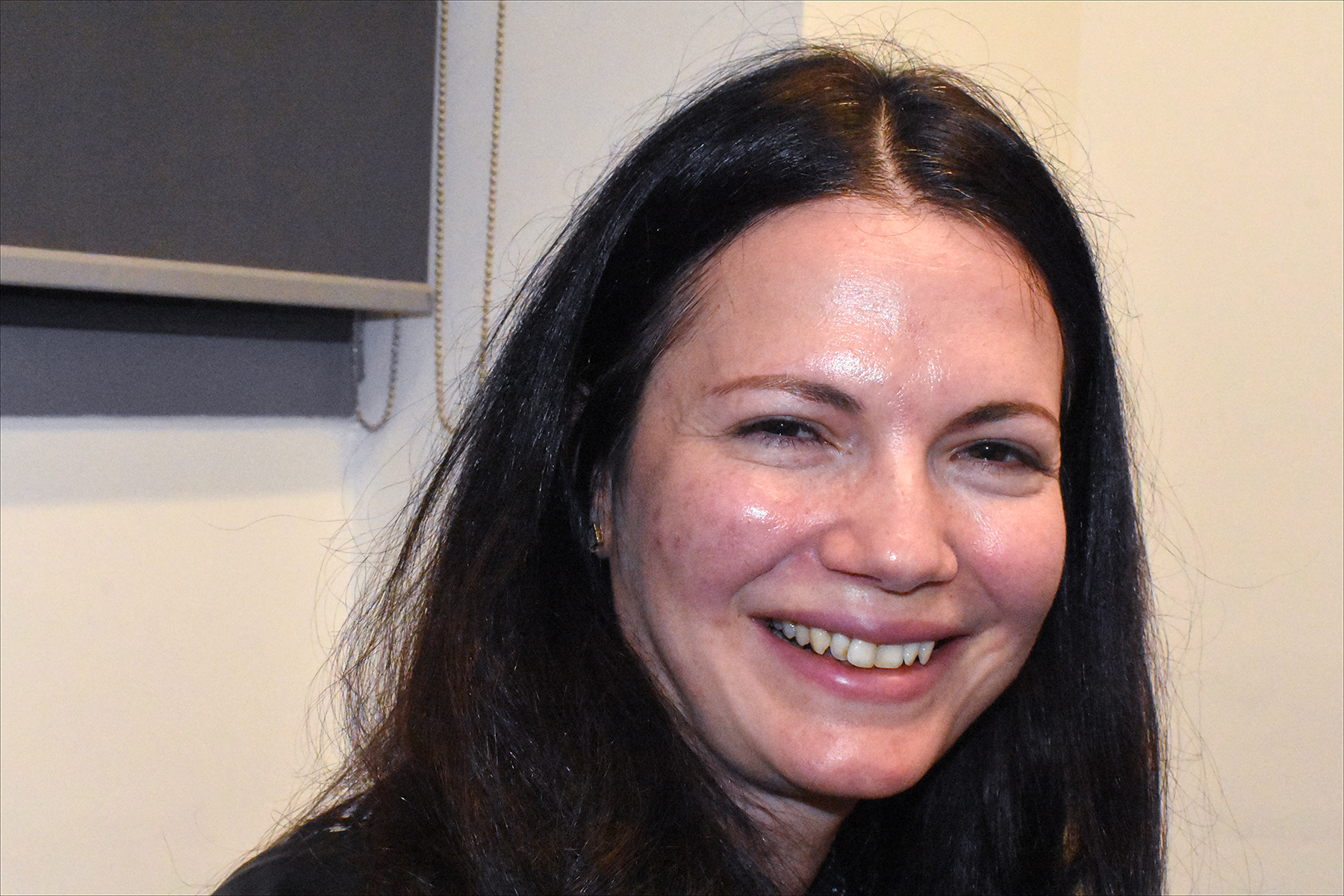 Said Zienko: “I was involved in one startup, but as it often happens, they didn’t go to the next stage. But we’re still continuing to meet and discuss new ideas.”

He added that “LinkedIn has been blocked in Russia for more than five years. Most headhunters use LinkedIn, but nobody can find you there. And in the high-tech field, you must have a LinkedIn profile.”

In Ukraine, access to LinkedIn was never a problem for Novoselsky. Nor was anti-Semitism, as it was for her parents and grandparents.

“I was only 11 when the Soviet Union collapsed,” she said. “Gender was more of an issue. When I was 21 and looking for my first job, I was told during an interview, ‘We’re not going to hire you. We just wanted to see what a female software engineer looks like.’ I was so embarrassed.”

So far, Novselsky’s skills and many years of experience haven’t helped her — even after applying for more than 100 jobs in Israel and sitting through 30 interviews.

“There’s a lot of interest. They don’t have openings, but I’m positive, and in the meantime, I’m meeting new people and networking,” she said, adding that — even with all its challenges — life in Israel is a drastic improvement over anywhere in the former USSR. “Once you make aliyah, you feel someone cares about you.”