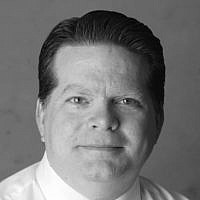 Gary Frazier is one evangelical who is a true friend of Israel. The Texas-based evangelist has taken more than 1,000 pastors to Israel, over a 30-year period. When his tour groups return home, they are on fire for the Jewish state, and remain so.

Frazier, one of the most in-demand speakers in America for topics related to Bible prophecy and Israel, is a deeply committed advocate for Israel, and his rousing talks on the lecture circuit ensure that Israel’s standing among Christians remains high.

Frazier’s own faith journey began in north Texas, where his father was a truck driver for Safeway Food Stores. When visitors from the local church stopped by to pay a visit, Frazier’s mother turned out the lights and the family crouched in the hallway.

The visitors turned out to be from Miller Road Baptist Church, pastored by none other than Jack Hyles. The visitors were persistent and made Mrs. Frazier a deal: visit our church once and no one will ever bother you again. 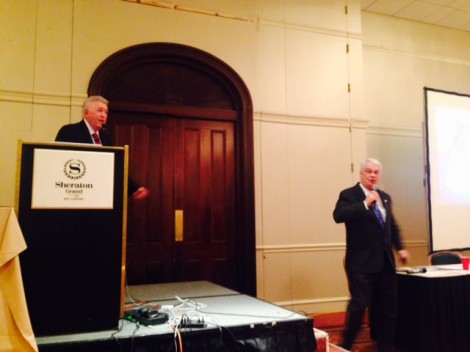 Frazier and his mother “came to the Lord” shortly after, and, as is often the case with Bible-believing American Christians, the Jewish people leapt off the pages of Scripture.

“These early experiences infused in me a love for the Word of God,” Frazier says today. I recently sat down with him at the Pre-Trib Study Group conference in Dallas and quickly learned that Israel has few ambassadors on the level of Gary Frazier.

“I’m as pro Israel as it gets. I just got back from my 187th trip. I also hosted an Israel breakfast at the SBC [Southern Baptist Convention] convention.

“I’m a passionate supporter of Israel’s right to exist in the land God gave them.”

His book, It Could Happen Tomorrow, frames Christian eschatology in such a way that even a layperson can understand it. It remains one of the best books I’ve ever read on the subject.

Given the uneven support for Israel among many top evangelical leaders in America today, Frazier has his finger on the pulse of Christian culture, and knows where much of the problems lay:

“Most of our culture is uninformed and disengaged. Can’t find Mexico or Canada on the map. Here’s what’s scary: we have pastors that have same mentality. That frightens me.

“They are ‘intentional’ about NOT telling people what’s going on in the world.”

Certain Christian leaders feed that ignorance, through soft sermons and a “self-help” emphasis. Frazier wars against that mindset, and is involved in teaching scores of people across the country a proper view of Israel and the Jewish people.

And with his “inside knowledge” of the future (Israel not only wins, but survives and thrives), Gary Frazier joyfully travels the highways and byways, an ambassador deluxe for his home-away-from-home.

Israel is much the better for it.