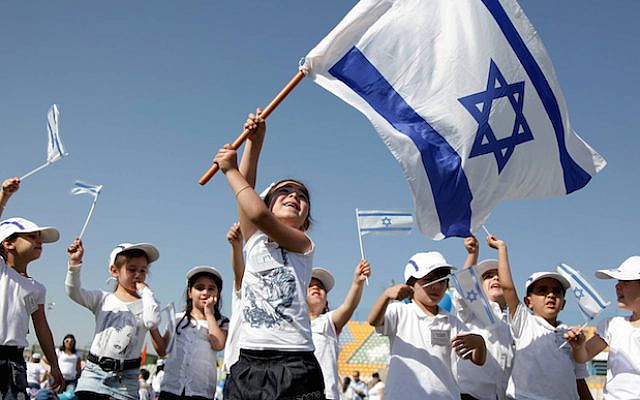 As of May 20, the Israeli cabinet, composed of the vestiges of the failed coronavirus emergency unity government, has initiated a ceasefire with Hamas. This ceasefire marks the official end of Operation Guardian of the Walls, the Israeli response to Arab violence in mixed cities and Hamas rocket attacks.

On paper, perhaps, Operation Guardian of the Walls could be considered a mild success. Several Hamas operatives were killed, many Hamas tunnels were destroyed, Arab violence within Israel has been quelled, and Hamas’ ability to launch rockets into Israel has been impaired. However, outside of the world of printer paper and ink, no reasonable person can call this operation a victory for Israel by any stretch of the imagination.

For most Jews, the answer to these questions is a resounding “no.” While the IDF did much to further its strategic ends, there was little discernable effort to overcome the overwhelming feeling of discomfort and insecurity regarding the safety and survival of the Jewish people. There was no knock-out blow, no statement victory, no clear indication or marker of undeniable success or achievement of security and stability.

In the shadow of this conflict, Israel must emerge with clearer objectives for the next Hamas provocation. More than just completing strategic objectives, eliminating Hamas operatives and military infrastructure, Israel should seek to decidedly exert their sovereignty and dominance for the sake of their security. Am Yisrael demands victory against terrorism from inside and outside Israel, a demand that the Israeli government must heed.

Israel must first demand the return of the Hamas kidnapees Avera Mengistu and Hisham al-Sayed as well as the Hamas-held bodies of Oron Shaul and Hadar Goldin. The return of Avera, Hisham, Oron, and Hadar have been ignored in all ceasefire negotiations by perennial mediators the United States, the United Nations, and Egypt. Israel must go on the offensive and demand the return of our boys in negotiations with Hamas and on the international stage.

Furthermore, as Likud MK Yuval Steinitz suggested, Israel should stop delaying the inevitable and invade Gaza to demilitarize the region, as was done to varying degrees in 2014’s Operation Protective Edge and in the West Bank in 2002’s Operation Defensive Shield. Once this invasion and demilitarization are complete, Israel should seriously consider integrating the Gaza Strip and its inhabitants into the State of Israel along the lines of the Feiglin Plan, preventing another Gaza war while preserving peace and stability for Israel.

Within Israel, the rule of law must be restored. Arabs should not be able to beat their Jewish neighbors in broad daylight, shoot at their Jewish neighbors at nightfall, and burn their places of worship. Such Arabs so dedicated to the destruction of the State of Israel and the killing of the Jewish people should not be voting in Israeli elections, regardless of what side of the Green Line their great-grandparents fell in 1949. Seditionists, traitors, anarchists, Islamists, and all those who seek to overthrow the Jewish state and destroy the Jewish people should not be able to dictate its future through Israel’s political process. Perhaps, if they are so overcome with such hatred and violence that they still cannot stand to peacefully coexist with their Jewish neighbors, continuing to take part in violent riots, assaults, or any other hate crimes against Jews, they should be denaturalized and deported.

At this crossroads, Israel must decide between two paths. The first path is the path of those pernicious false gods of modernity, the false god of the totalistic and inherent equality of condition and privilege, the false god of fairness born not from justice but from the weighing of the perceived “privileged” against the perceived “oppressor,” and the false god of progress unrelentingly preaching that peace and prosperity will blossom if you just throw away your allegiances to old things like G-d and nation, despite every indication and example to the contrary. The second path is the path of your people and their survival, the path of peace through strength and liberty through law, the path of harsh reality over comfortable armchair ideology. This is the crossroads between life and death, and while Jews, especially Israeli Jews, are smart enough to avoid death, the question will become if they are courageous enough to choose life.

About the Author
Jesse Edberg is a graphic designer and activist for the Religious Zionist Party's youth wing. He has previously worked as a spokesman and graphic designer for the Yamina Youth and has written for such publications as The Post Millenial and The Israel Press.
Related Topics
Related Posts
Comments