The Blogs
Renee Garfinkel
Apply for a Blog
Advertisement
Please note that the posts on The Blogs are contributed by third parties. The opinions, facts and any media content in them are presented solely by the authors, and neither The Times of Israel nor its partners assume any responsibility for them. Please contact us in case of abuse. In case of abuse,
Report this post. 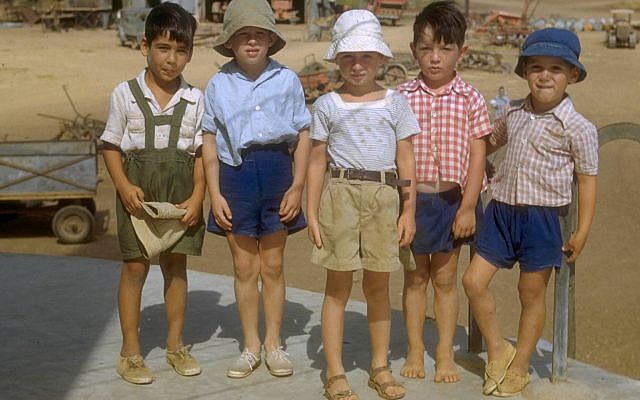 In the pedestrian parade that passes by our café we see an occasional flash of French chic, just a bit of color in the wider picture of Israeli fashion indifference.

Although they may not be fashionable, Israeli’s clothing do tell stories, and reveal the message in a language many locals have come to understand.

Sometimes decoding an outfit’s message is pretty simple: The Haredi (ultra-Orthodox) man passing our café is wearing a classic black-and-white ensemble. Its simple distinctiveness resembles no other uniform except for perhaps that of the Amish — who are quite rare in these parts. In addition to the black and white, his outfit conveys more meaning via other elements of style, such as hat brim size, jacket cut, and button placement. Those who can read the signs will be able to identify the wearer’s specific sect.

A young woman goes by in a hurry, wearing a denim below-the-knee skirt that announces her affinity for the religious-secular meld.

The teenager in shorts and a tee shirt requires no decoding at all. Her shirt proclaims membership in the organization that brought her and her youth group to town.

The loudest fashion statement we can read in the Israeli mode of dress is code for social or religious belonging; the outfit as membership badge. As far as we can tell from our café table view, though, most folks’ clothing makes no particular fashion statement at all. They are dressed generically, with an eye for comfort and ease, or modesty and attractiveness. After all, we’re in Jerusalem, not elegant Paris or edgy Manhattan, places where fashion makes culture.

At least, that’s what I thought until yesterday, when we visited the Israel Museum’s exhibit, “Fashion Statements: Decoding Israeli Dress,” a fascinating look at the country’s fashion history.

It turns out that what might seem generic, or based merely on comfort and function is actually a great deal more. The signature khaki shorts and kova tembel of the early pioneers were not adopted just for practicality and sturdiness. Made by ATA, a brand enjoying a recent revival, these simple items reflected pioneering values — a socialist ethic of egalitarianism and simplicity, and a deep rejection of materialism. Austerity was a value that preceded the founding of the state, and continued to be reflected in the ideology, economic policy and aesthetics of the young Israel.

By the 1930s, other influences began to compete with the ideology of austerity. A feeling for European design and appreciation of fine clothing arrived in Israel along with European immigrants. They dreamed of making Tel Aviv the fashion center of the Middle East, just as Vienna and Paris were for Europe.

There also arose within Israelis a desire for self-expression through fashion design, as can be seen in the photo from the exhibit by Ran Golani below. It features a khaki cotton jacket, simple and uniform, just like any other, but which was lined with colorful silk – a vibrant pattern, the designer explains – that echoes the ancient patterns in clothing that was handed down in her mother’s family from Samarkand.

On the outside the jacket is uniform, indistinguishable from so many others, but on the inside, in the intimate space, it is uniquely individual.

Check out “Fashion Statements: Decoding Israeli Dress,” at the Israel museum through April 2019. See if it opens your eyes as much as it did ours.

—————–
We welcome you comments and suggestions. Please email us at CultureCafeStories@gmail.com